Monday 19th August saw a serious road traffic collision on Bilston Road in Wolverhampton which led to a car ending up on its roof and the front section of West Midlands Metro 31 being derailed and suffering major damage in the impact. Fortunately no serious injuries were reported with four on the tram – including the driver – receiving treatment at the scene but not needing to go to hospital whilst the driver of the car was cut free from her vehicle and was taken to hospital but her injuries were described as non-serious.

With the collision happening shortly after 0800 there was major disruption to the West Midlands Metro service with no further trams able to run to Wolverhampton St George’s for the remainder of the day whilst the emergency services and then Metro engineering teams on the scene to put the tram back on the rails and return it to depot. Initially trams were curtailed at Priestfield before this was extended to The Royal although because of congestion in rush hour it was only every other tram which made it down Bilston Road to The Royal. A full service was able to resume from the start of service on Tuesday 20th August.

In the below photos we see the aftermath of the collision and by this time the car had been put the right way up and all casualties were away from the scene. The serious damage to the front of the tram is clear to see and although modern vehicles are modular in design it isn’t initially obvious to see how severe any damage may be to the underframe. It is likely that 31 will now be assessed at the depot before a decision is made on when and how it will be repaired. 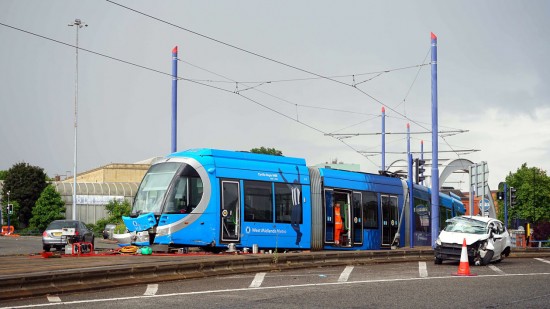 31 was fairly early into its journey from Wolverhampton St George’s to Grand Central when the collision occurred with it having just left the bowstring bridge. This first view shows the car and front of the tram. 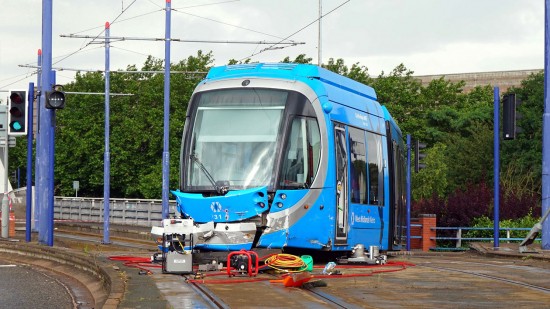 A head-on view of 31 not only shows the severity of the damage to the front end but also how far this section has been sent off the correct track by the impact of the collision. 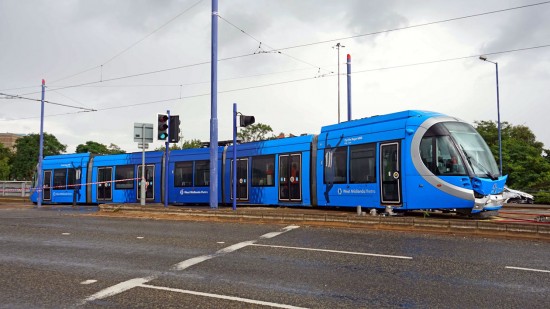 A side-on view of the tram. 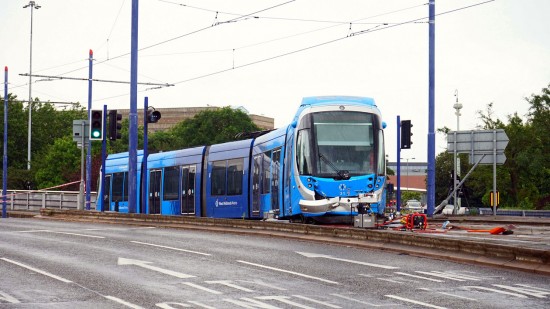 One last look at the tram on the central strip which carries the tram along Bilston Road in this section. Again the impact is seen here with the front section in quite a bad way. (All Photographs by Andy Walters, 19th August 2019)