In Pictures: West Midlands Metro 20 back in service

Posted on Wednesday 14 August 2019 by Gareth Prior

20, the latest tram to have been fitted with batteries on the West Midlands Metro, has now returned to service with it first being noted being used for revenue earning service on Wednesday 14th August having been seen on test the previous day.

20 is now the twelfth of the Urbos3 trams to have run in passenger service with batteries and is the first since 29’s return on 19th June. It still carries the magenta and silver livery so will presumably spend some further time out of service in the near future to receive the blue vinyls.

It shouldn’t be too long before we see battery fitted tram number 13 available for service either as 30 remains stored in the depot with the batteries in place and is just awaiting testing and commissioning before it too can be considered for a return. 30 will also become the first tram to be fitted with batteries and not run in the magenta livery as it is already in blue. 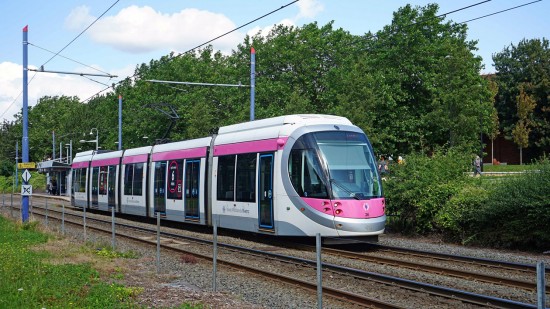 13th August and 20 was out on test as preparations for its return came towards an end. 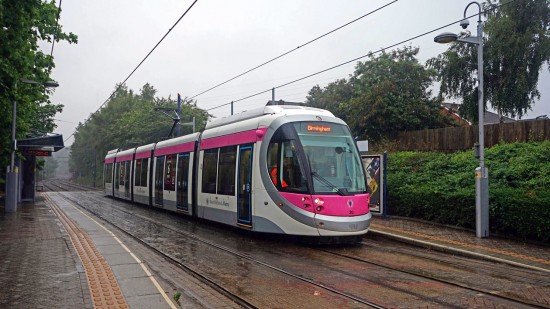 Just one day later and 20 was in service on a day which is better forgotten weather wise! 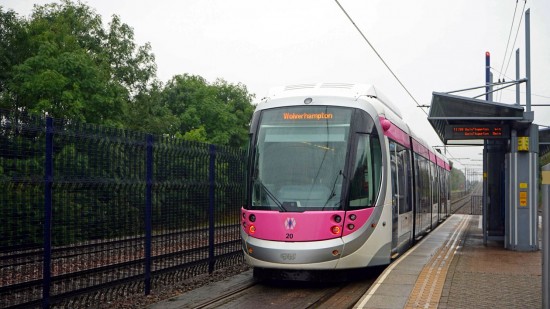 Another view of 20 on its first day in service this time at Winson Green bound for Wolverhampton St George’s. The tram is working under battery power here. 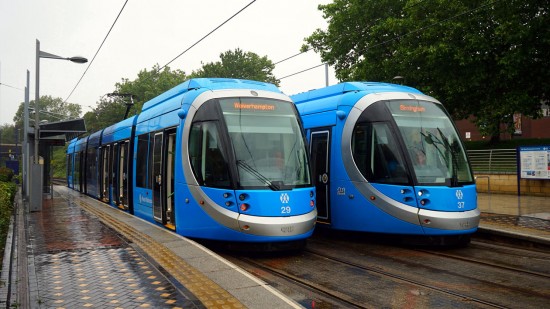 The future is blue! Two of six available blue trams are seen together at West Bromwich Central: 29 and 37. (All Photographs by Andy Walters)

One Response to In Pictures: West Midlands Metro 20 back in service