In Pictures: Trailers x3 return to service on the MER

Posted on Friday 2 August 2019 by Gareth Prior

Probably the biggest highlight of the recent Manx Heritage Transport Festival this year – well, at least on the Manx Electric Railway anyway – was the return to service of not one, not two but three trailers! 37, 49 and 54 all officially returned to action on Wednesday 24th July – the first day of the festival.

As has been well documented it has been some time since these three trailers were last in service so their return was certainly to be welcomed and continues to show how much effort is going into the MER fleet to increase the available motors and trailers. For 37 and 49 they had last run in 2009 but for 54 it was 1971 that it last had the honour of carrying passengers.

All three trailers have received new wheelsets as part of the work with 54 being the recipient of an extensive overhaul by both volunteers (concentrating on the bodywork) and paid staff (the electrics and mechanicals). This trailer was also treated to a repaint as was 37 whilst 49 had received a heavy wash and re-varnish in its existing livery. This is now a unique livery which had been applied for events in the 1990s to match the historically inaccurate livery which was then applied to cars 1 and 2. 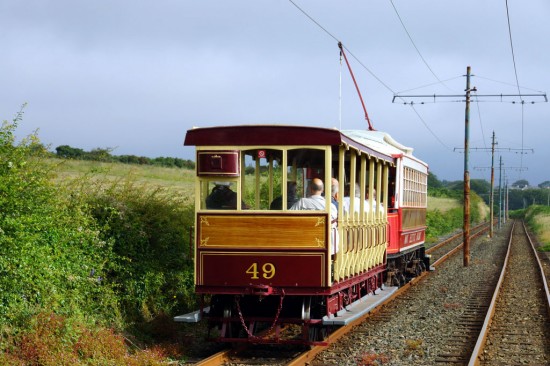 Looking resplendent after its re-varnish here we see 49 being hauled along by the one of the original trams. 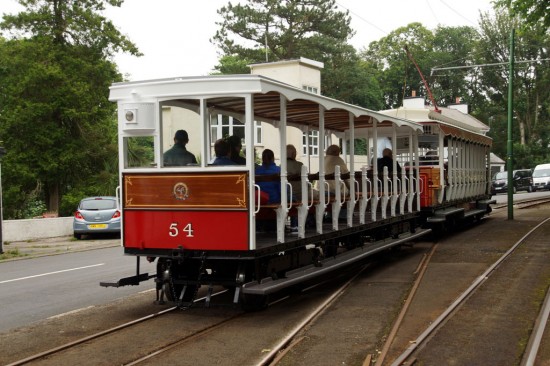 Groudle is the location as we see 54 back in service – for the first time since 1971! 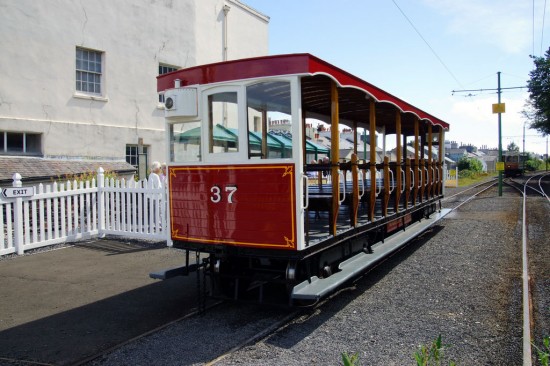 You can almost smell the paint! 37 stands at Ramsey as eager passengers wait to board. (All Photographs by David Mee, 24th July 2019)