In Pictures: Centenary 641 on the move

Posted on Wednesday 26 June 2019 by Gareth Prior

After four years on display adjacent to Pleasure Beach loop, Blackpool Centenary 641 has been moved back to the Wyre Dock storage yard used by the Fleetwood Heritage Leisure Trust . 641 was loaded onto a lorry from regular transporter of trams, Scotts, on Wednesday 26th June before making the relatively short trip to Fleetwood.

641 has had two main guises during its time at Pleasure Beach (where it arrived in time for the 2015 illumination season) – for the first couple of years it was the Blackpool FC celebration trams taking advantage of its orange base coat (the remnants of its last advertising livery) before for the last two years it was painted purple and featured artwork from a local charity who help people overcome addiction.

It has been decided that now is the time for the tram to be moved on and back to Wyre Dock where it will be kept in secure, but still open to the elements, storage joining the other trams in the Fleetwood Heritage Leisure Trust collection whilst progress is awaited on the Fleetwood Docks tourist attraction proposal.

The short section of track at Pleasure Beach which has been occupied by a tram from the Fleetwood Heritage Leisure Trust since 2012 (Brush 290 was in situ in 2012-2014) remains in place but empty.

As well as the excitement of 641 being moved away from Pleasure Beach the day also saw some unusual moves for the heritage trams in operation on the standard two tram Promenade service. As 641 had to be moved across the entrance to the loop to be loaded onto the lorry the loop was closed to trams which meant that instead of terminating and turning on the loop Brush 621 and Balloon 723 thad to run through to Starr Gate! This service ran all day adding an extra attraction for the trams on the prom on what would have usually been a normal midweek June day. 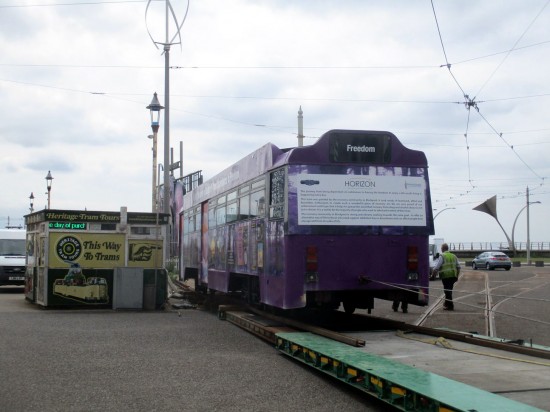 641 is winched aboard the low loader bringing an end to its four year stay at Pleasure Beach. 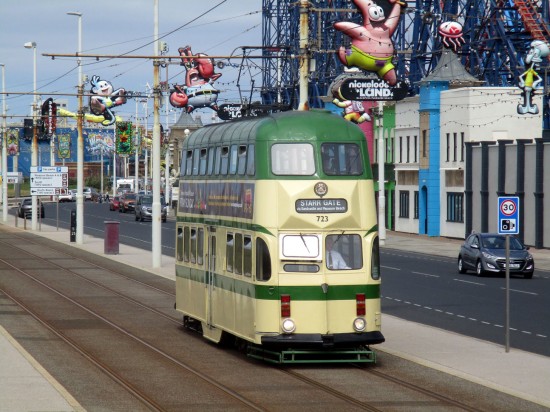 Balloon 723 heads past the south end of Pleasure Beach with a heritage trip to Starr Gate with appropriate destination blind. 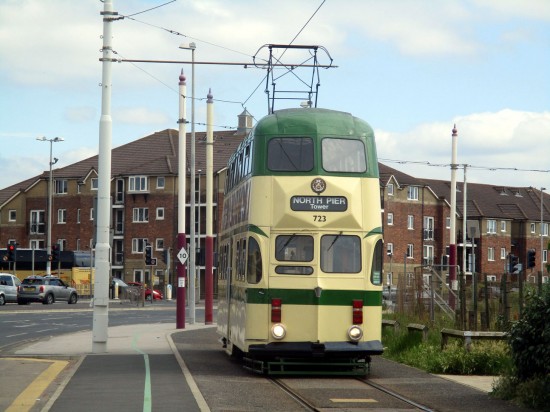 723 stands at Starr Gate on the heritage service - unusually extended here because of 641's extraction. (All Photographs by Rob Bray, 26th June 2019)

2 Responses to In Pictures: Centenary 641 on the move