Posted on Saturday 22 June 2019 by Gareth Prior

After last week’s look inside a tram in the Irish capital we return to a more conventional image this time around as we continue our series on Luas.

Taken on 14th July 2007 this photo shows Alstom Citadis 301 no. 3009 in Dublin City Centre working on the Red Line to Tallaght. Still in its original three section formation 3009 was built in 2003-4 by Alstom in France and remains in service today, albeit now as a five section tram. We capture the tram in Abbey Street. 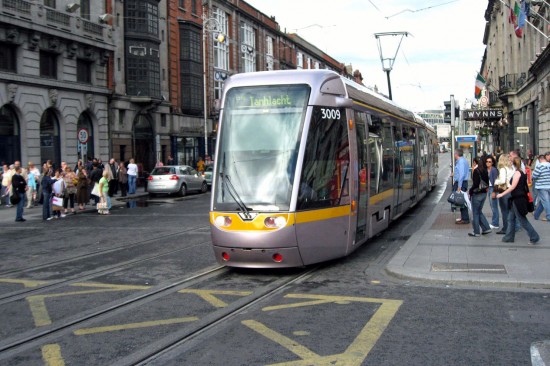 This entry was posted in Dublin Luas, Picture in Time. Bookmark the permalink.