In Pictures: 26 gets ready for a return to service on West Midlands Metro

It has been two years since West Midlands Metro 26 last operated on the system but it looks set to return soon with the tram seen out and about under test with CAF engineers on board to check that all was well as it made its first tentative steps towards a return to service. Since the tram last ran its network has changed operators, name and a new livery has been introduced so it’s a very different place to the one it last graced its presence with!

The woes of 26 go all the way back to June 2017 when it suffered damage in a derailment at the depot – the exact date of its last use isn’t known but it was last seen running during the month of June. It then remained stored at Wednesbury for three months whilst the damage was assessed and it was then decided to send it away to Wolverton Works as two sections on 20th/21st September 2017. It remained there for six months undergoing repairs before heading back to Wednesbury (again in two sections) on 22nd/23rd March 2018. But whereas we all thought this would be a precursor for its return to service the tram has remained languishing at the depot ever since – until now that is! Recent months has seen attention turned towards getting the tram operational again and this has developed far enough to allow it to make a few test runs on the mainline. CAF engineers have been travelling onboard to monitor its performance to make sure all is well before it can be considered for service again.

26 was due to make its first test runs on Tuesday 4th June and was definitely used for this purpose on Wednesday 5th June.

Another tram back in service after a (very much) shorter period is 18. As you may remember this tram suffered damage in a collision with a car on Bilston Road last month but this has now repaired and it is running again. As so often happens when modern trams in special liveries receive replacement parts the blue sections of its advert livery on the front have been replaced by standard pink parts and at the time of writing it hasn’t yet received new fleet numbers.

It is also thought that a two further trams are currently being prepared for the fitting of batteries with one of these expected to be 29. 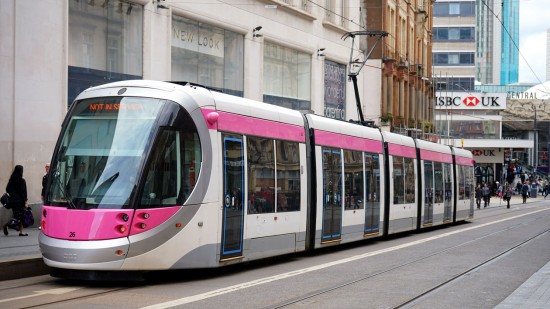 A sight we haven’t seen for quite some time – 26 on the main line under test. This is Corporation Street. 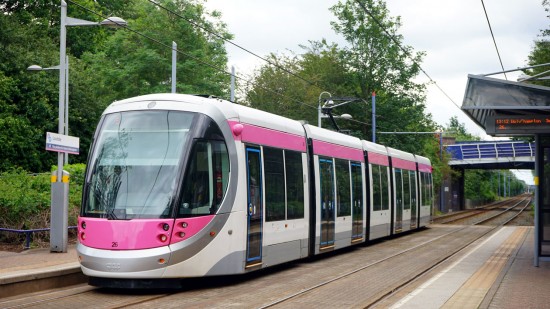 Another view of 26, this time at Loxdale. 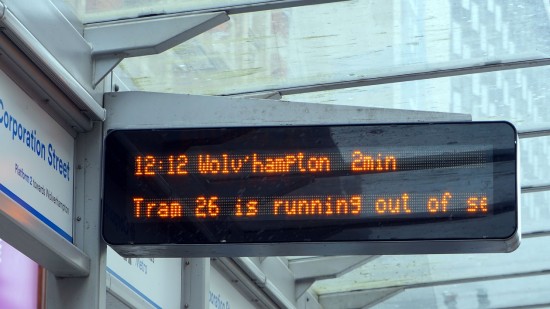 Even the passenger information displays let you know 26 wasn’t in service! 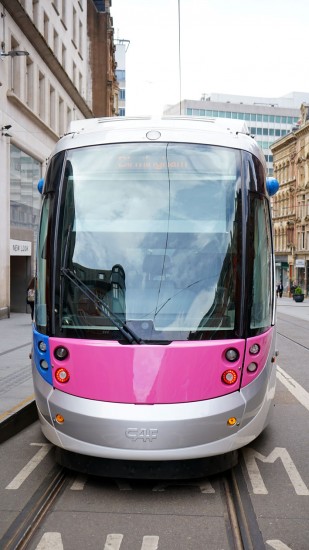 18 is also back in service complete with pink panels and no number at the end which suffered damage. 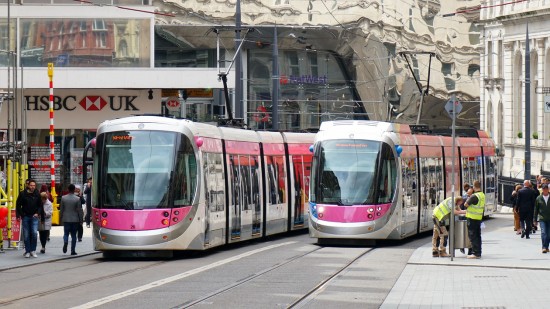 The two trams of the moment pass in Birmingham City Centre. 26 on the left and 18 on the right. (All Photographs by Andy Walters, 5th June 2019)