In Pictures: West Midlands Metro 25 gets some heart

With the Spring Bank Holiday weekend set to see Birmingham Pride taking place, West Midlands Metro – and public transport in general – are supporting the event with 25 having received some rainbow hearts on selected windows. Currently this is the only tram to have received these special hearts (which use the slogan Connecting Communities) with them being applied for the tram to enter service on 29th April. With the length of time since they were applied it would suggest no further trams will receive the small vinyls. Meanwhile, National Express West Midlands – operators of the local bus network – have reliveried a full bus in recognition of the event. Andy Walters provides us with the following photos. 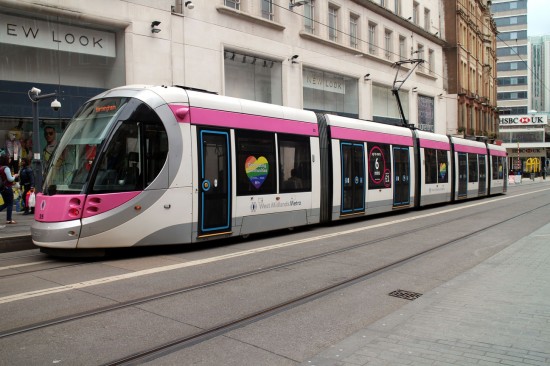 Three hearts are applied on each side of the tram as seen here as 25 waits at Corporation Street. 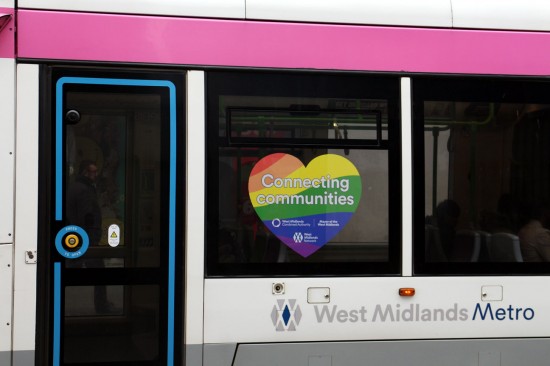 One end of 25 showing the rainbow heart at close quarters. 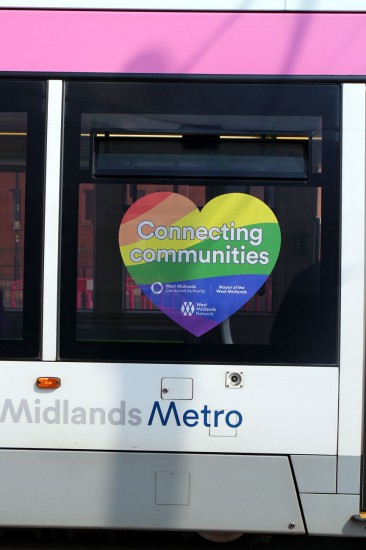 A close-up of the rainbow heart on the side of 25. (All Photographs by Andy Walters)