In Pictures: New adverts in Manchester

The past few weeks have seen a couple of new vinyl wrap adverts applied to trams on Manchester Metrolink – both of which have a plain white background and, of course, feature full contravision. The two trams which have received the ads are 3081 and 3094 with the advertisers being IKEA and Olivia Burton respectively.

The first of the adverts to be applied was that to 3081 for IKEA. Of course, IKEA is a major landmark alongside Metrolink on the approach to the Ashton-under-Lyne and so it was probably inevitable that the company would advertise on a tram and probably the biggest surprise is it has taken so long! The advert is mainly white with images and writing included. Manchester Metrolink is the third UK tramway to have a full blown advert for IKEA following on from Croydon and Sheffield.

The other new advert is on 3094 and is for Olivia Burton London; this company is an accessories brand. Again featuring a white base the design features images of watches with the full use of contravision. 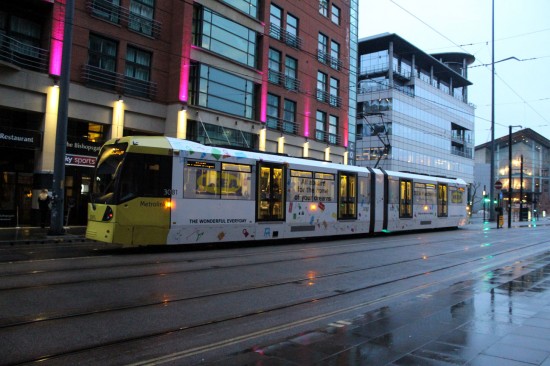 Outside of all the usual arguments about contravision and the lack of vision through the windows the effectiveness of the adverts when the saloon lights are blazing away is also questionable. In this view we see 3081 in its advert for IKEA heading along Lower Mosley Street at dusk on 9th May with a service to Eccles. 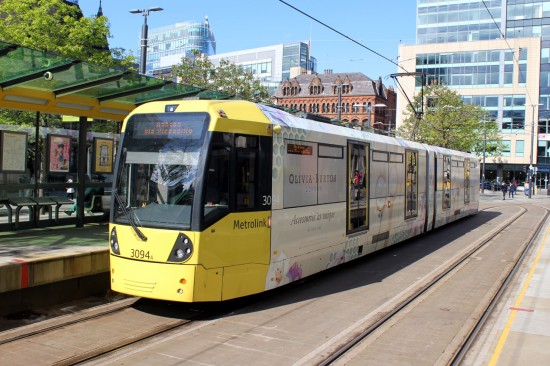 The other new advert on 3094 is seen here at St Peter’s Square on 10th May. (Both Photographs by Gareth Prior)