As we have reported over the winter (and before with the eternal debates over exactly what form it would take) Douglas Promenade is currently being redeveloped which as far as this website is concerned involves a significant amount of work securing the future of the Douglas Bay Horse Tramway. With the track being relaid – using rail obtained from the abandoned Merseytram project across the water in Liverpool – this first stage is seeing a like for like replacement as far as Villa Marina although there is a slightly wider gap between the two tracks and the quality of the track would, in theory, enable the Manx Electric Railway to extend further into Douglas. In this pictorial update Geoff Pickles provides us with the latest images of both the trackwork and also the start of work to erect a new marquee to house the trams at Derby Castle. 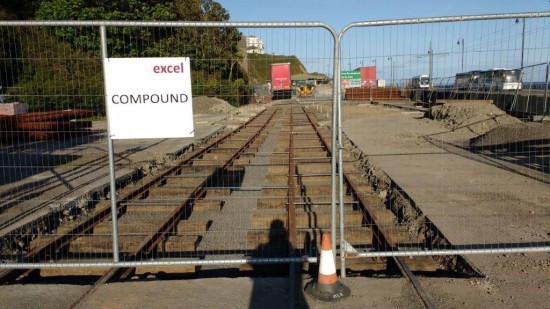 We start off at Derby Castle where the first extension of a tramway on the Isle of Man for many years is currently being constructed. Passengers won’t be able to enjoy the benefits of it though as this is just to enable trams to be stored inside the tram marquee. Six trams are said to be able to be stored in this area so with two tracks you would expect this to longer enough for three trams on each. 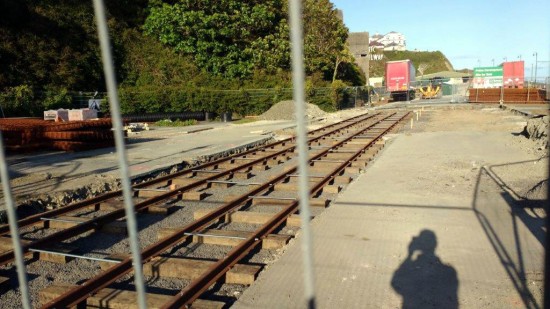 Another view of the new track as work gets going on providing a temporary home for the trams in 2019. The old depot at Strathallan has been demolished to allow for an all new structure to be built but this won’t be in place until 2020 hence the need for a temporary depot. The planning permission means this should be gone by the start of the 2020 season. 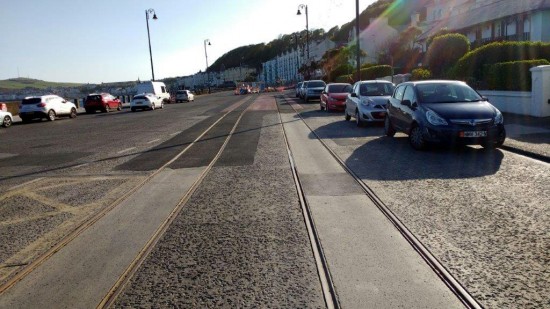 The track immediately leading to the Derby Castle terminus is not being relaid and that is what we see in the foreground of this shot. The red section ahead shows where new track is in place and in this view you can see the wider spacing between the tracks. 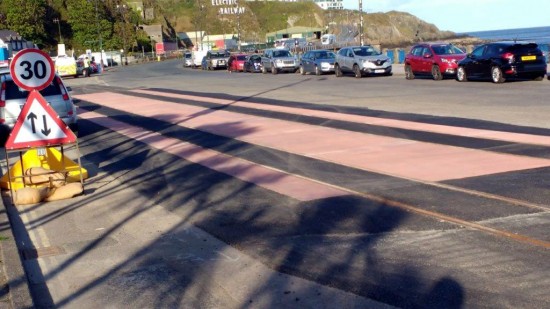 Presumably to make it clear to motorists where the tram tracks are a red surface has been used surrounding the tracks although the actual space between the rails remains black. The result here just beyond the terminus is a bit of a hotch potch of colours. 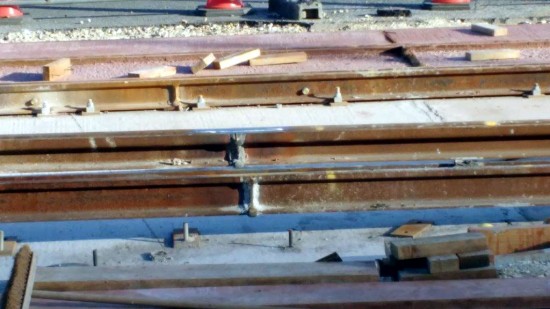 With the road surface still waiting to be put down here we can get a close-up of the new rails in place which show that the joints are welded. 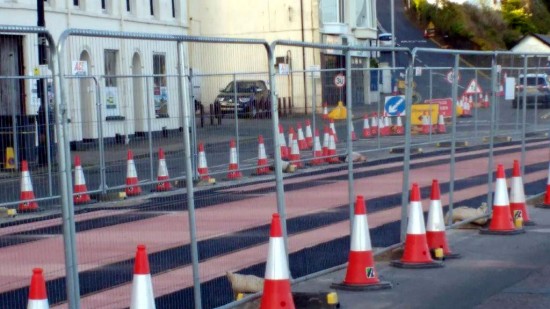 Opposite Summerhill stables and fencing remains around the tram track with the interesting new colours on the road surface visible here as well. 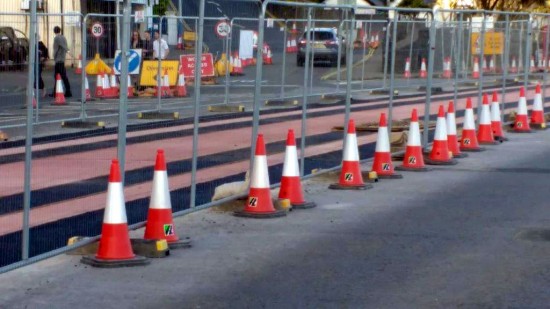 Another image of the tracks and road surface at Summerhill stables. (All Photographs by Geoff Pickles, 4th May 2019)