In Pictures: A windy day at Crich

Trams may now be running through to Glory Mine again at Crich – with passengers still unable to alight there whist the work is completed – but it was a different story on Saturday 27th April when the effects of Storm Hannah were felt at the museum meaning that it wasn’t deemed wise for trams to travel between Wakebridge and Glory Mine. This is an exposed section of track on the operating line and when the weather does its worst it isn’t that uncommon for trams to be curtailed at Wakebridge until it abates. Trevor Hall visited the museum on this normal Saturday with the following photos taken on the day.

A standard three tram service was in operation seeing Blackpool 40, Sheffield 74 and Metropolitan Electric Tramways 331 in use – along with Berlin 223 006-4 which ran one access trip to Wakebridge and back. As an aside there have now been 14 different trams used in passenger service during 2019 with the latest tram being Liverpool 869.

Away from the trams in service the workshop remains a hive of activity with three major projects ongoing. These concern London County Council 1, Newcastle 102 and London Transport 1622 all of which are at different stages of being returned to the operational fleet. Also on this day both Glasgow 22 and Leeds 399 were in the workshop at times for standard maintenance. 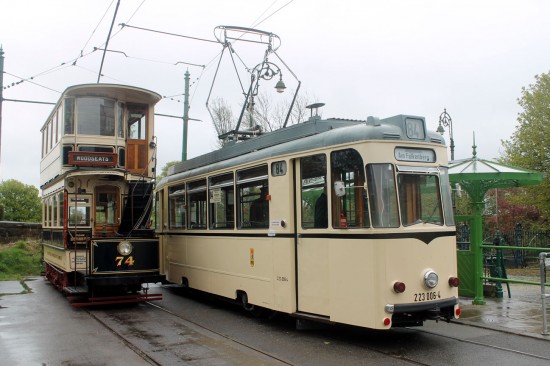 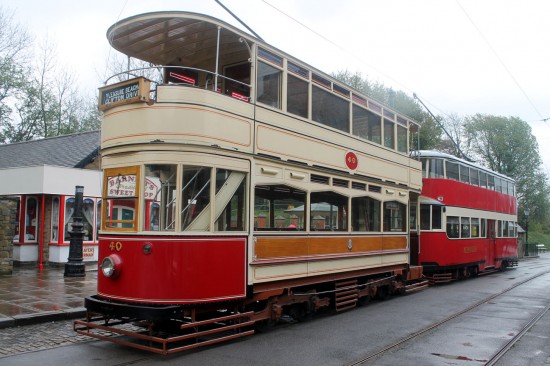 At Stephenson Place and the other two service trams are seen together: Blackpool 40 and MET 331. Note in the background the rather shortened stench pipe which has been away for maintenance but is set to be returned shortly. 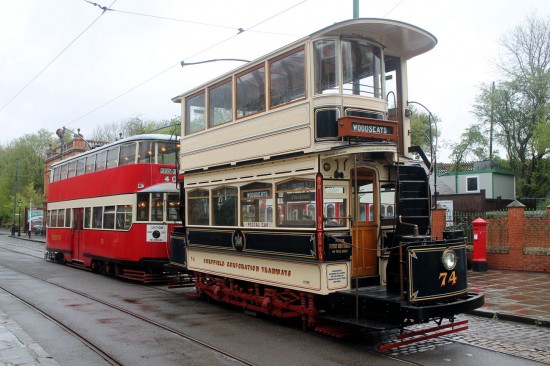 Again at Stephenson Place this time we get to see Sheffield 74 and MET 331. 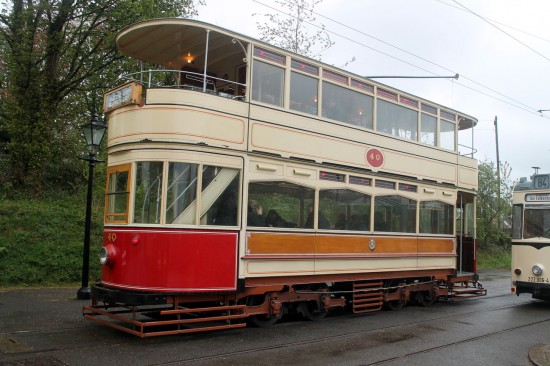 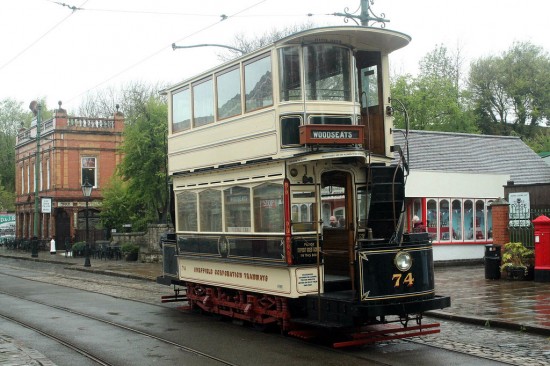 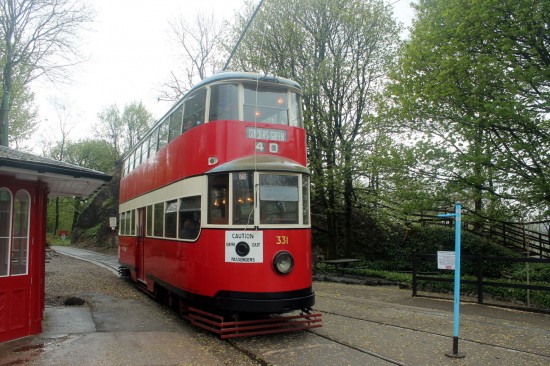 MET 331 returns to the main museum site from Wakebridge. 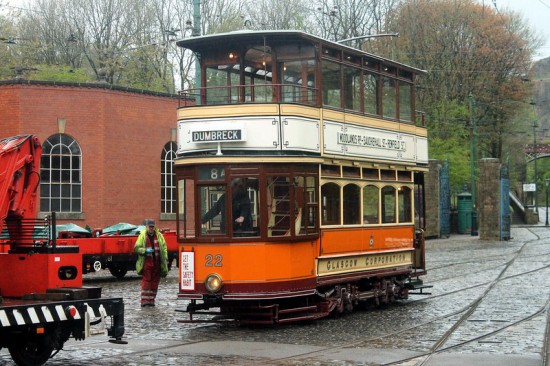 Glasgow 22 is shunted around the yard having been in the workshop. 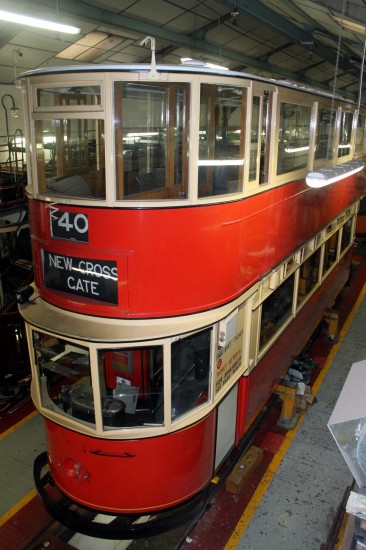 Inside the workshop and we see London Transport 1622 under attention with a view to it returning to service this year. 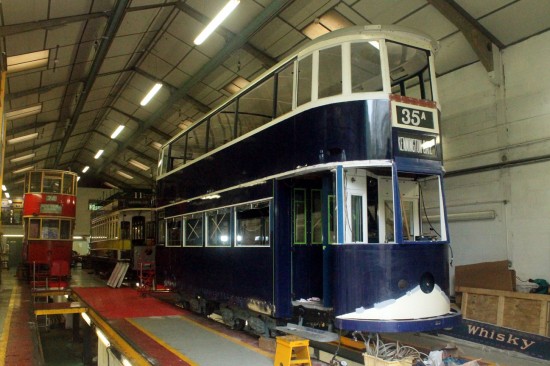 A general workshop shot showing the three main projects underway at the moment. In the foreground is London County Council 1 with Newcastle 102 sharing the same track at the rear. 1622 is also seen on the left-hand side. 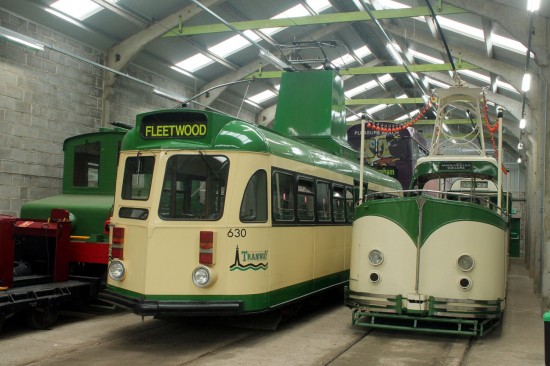 Meanwhile inside the depots and a considerable Blackpool feel to this shot with Brush Railcoach 630 alongside Boat 236; the latter tram which doesn’t seem to have been used in service yet during 2019. To complete the Blackpool theme we also see the Blackpool Electric Locomotive, Jubilee 762 and Pantograph 167. (All Photographs by Trevor Hall, 27th April 2019)