Another early image from Manchester Metrolink features in the latest edition of Picture in Time.

This time around we take a look at T68 1004 on 25th February 1992 – again before public services had begun. Testing was firmly in control at the time this photo was taken and 1004 is seen heading towards Victoria along High Street passing the entrance to the Arndale Shopping Centre’s car park. Today the tram would be approaching Shudehill tramstop but at this point in time there was no stop there with it not following until 2003. It would appear that driver training is taking place on 1004 in this image with several people standing behind the driver in the cab. Also visible in this image we can see another tram further back along High Street.

1004 would end up being included on the first passenger service from Bury to Victoria (along with 1008) on 6th April 1992 and would remain in service until 16th May 2012 – just the second of the trams to be taken out of service. It has since been scrapped. 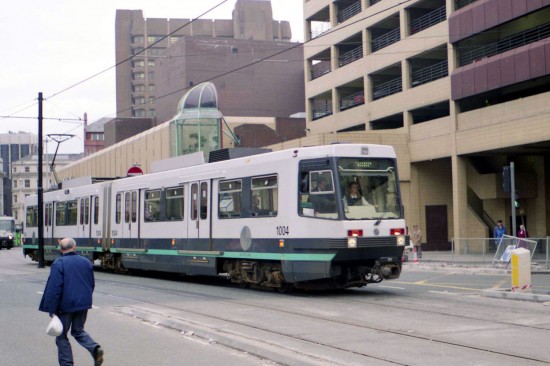