Posted on Tuesday 5 March 2019 by Gareth Prior

The first of two weekends of partial closure on the Tyne and Wear Metro for bridge replacement didn’t go quite according to plan with the line remaining closed until late afternoon on Monday 4th March causing inevitable disruption for passengers. The first bridge to be replaced was in Tynemouth and necessitated a closure between Wallsend and Wallsend.

It was planned that the bridge replacement would be completed over the weekend of 2nd and 3rd March but by late on Sunday it was apparent that this wouldn’t be possible and so the closure had to be extended into the start of the working week. Initially announced on the Sunday that no trains would be able to run on the section between Wallsend and North Shields until 1100 on Monday 4th March it eventually transpired that it wouldn’t be until the afternoon that a full service could resume – another statistic to add to the worrying downtrend of performance on the Metro.

A second closure is due on 9th and 10th March with a second bridge in Cullercoats due to be replaced as part of a £2.5 million project. Let’s hope this closure is a bit more successful and the work ends on time! 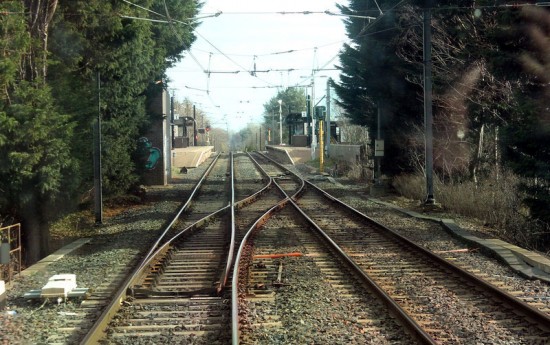 During the closure only platform 2 was in use at Wallsend with trains from the city using the crossover before the station and running wrong line into platform 2. This is view of the cross-over approaching Wallsend, with the points set for Platform 2. 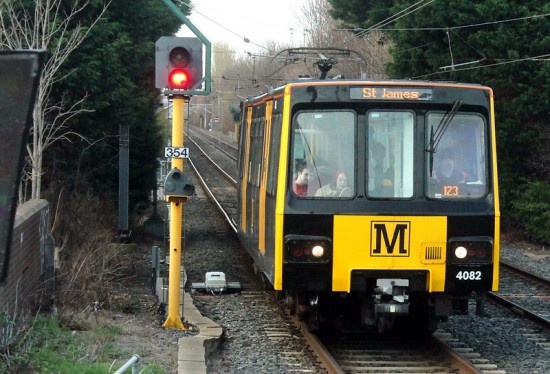 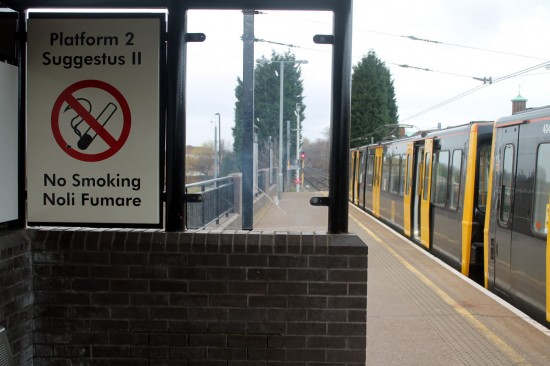 How about a bit of Latin? Well, that’s what you get at Wallsend! Wouldn’t imagine you get that at many light rail stations in the UK! 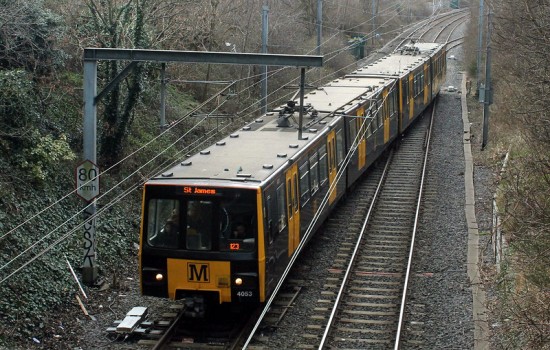 On 4th March and at North Shields 4053 uses the crossover to access platform 2 which was used for both arrivals and departures during the extended closure. (All Photographs by Trevor Hall)