In Pictures: Box 40 gets ready for service at Beamish

Posted on Tuesday 5 March 2019 by Gareth Prior

Just 24 hours after arriving in the northeast Blackpool & Fleetwood Box 40 has ventured out onto the mainline at Beamish for its first test runs ahead of entering service. As we reported last night, 40 left Blackpool and arrived at Beamish on Monday 4th March and with a team from Crich working alongside the resident team at Beamish commissioning was far enough advanced to let the tram lose on the tramway as part of its preparations to join the operational fleet at the museum.

The big advantage of a single decker without a trolley tower is easy to see here with the trolley having been tied down for the journey rather than being removed enabling swift preparations to allow 40 onto the tramway for the first time. Although it has undergone its first test run this doesn’t mean that anyone heading to Beamish in the near future will be able to get a ride as further work is likely to be required to fully prepare the Box car for use. What is known is that it is planned that 40 will be in service at Beamish in time for the Great North Steam Fair between 11th and 14th April. It is at this event that Manchester 765 is also expected to enter the regular operating ranks with its previous use part of the testing and commissioning (and helping out with a tram shortfall during a very busy February Half Term!) 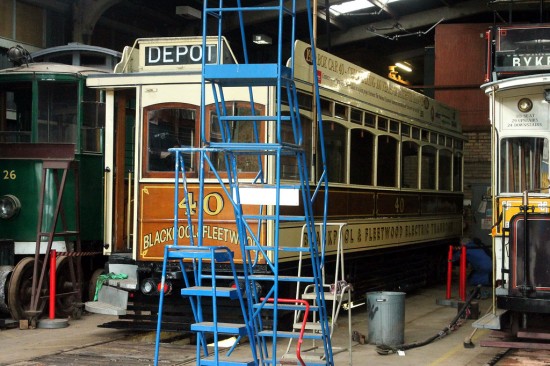 40 at the back of road 3 in the depot during initial commissioning. (Photograph by Trevor Hall, 5th March 2019) 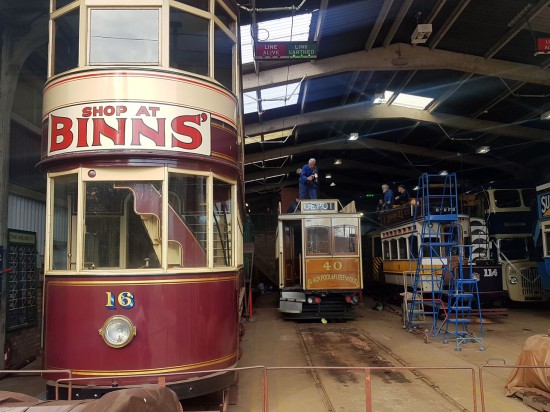 Attention is given to the trolley on 40. Sunderland 16 and Newcastle 114 are also seen with just Blackpool 31 required for service on a quiet day. 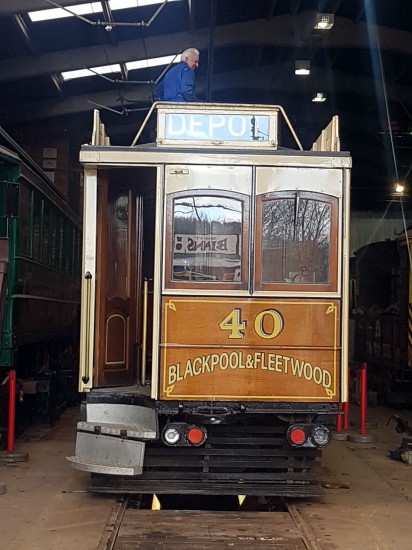 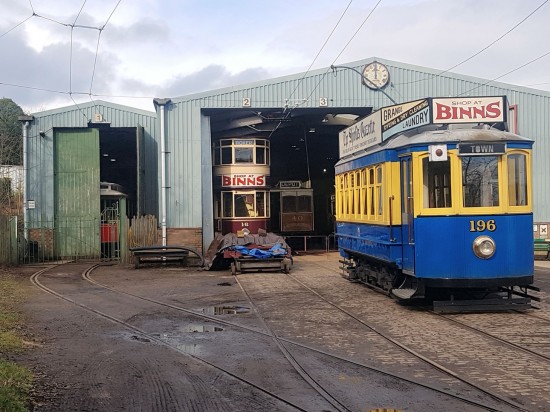 A general view of the depot area with Oporto 196 stabled outside. Manchester 765 is on the left with Sunderland 16 and Box 40 also seen. (Photographs x3 by David Maxwell, 5th March 2019)

4 Responses to In Pictures: Box 40 gets ready for service at Beamish