In Pictures: Rare moves around the Exhibition Hall at Crich

On 24th February, a number of trams and other objects were moved around at Crich Tramway Village as part of the project to install new displays in the Great Exhibition Hall. The creation of a new exhibition on the life and achievements of Michael Holoroyd Smith has led to a number of exhibits being moved around, and this resulted in the need for some shunting on this day with some little seen trams appearing in daylight.

With the traverser only recently returned to Crich following overhaul, it was in great demand this day being used to move various trams between tracks. As some heavy objects needed to be moved to new positions within the Exhibition Hall to make way for the new display, it was decided to utilise London Tramlink 058 with its crane – the first time this modern works vehicle had ever ventured inside the building! This necessitated the removal of some other vehicles, with Douglas Head Marine Drive 1, Blackpool & Fleetwood ‘Rack’ 2, Blackpool Conduit 4 and the Manchester horse drawn tower wagon all getting a taste of the unseasonal winter sunshine. After the necessary work had been done, Tramlink 058 was dispatched to Glory Mine to assist with the ongoing track renewal work there, whilst the aforementioned static exhibits were moved back into position.

The new exhibition is expected to be ready for the start of the new open season at Crich, although further movements may be needed first to prepare for the final installation of the new displays. 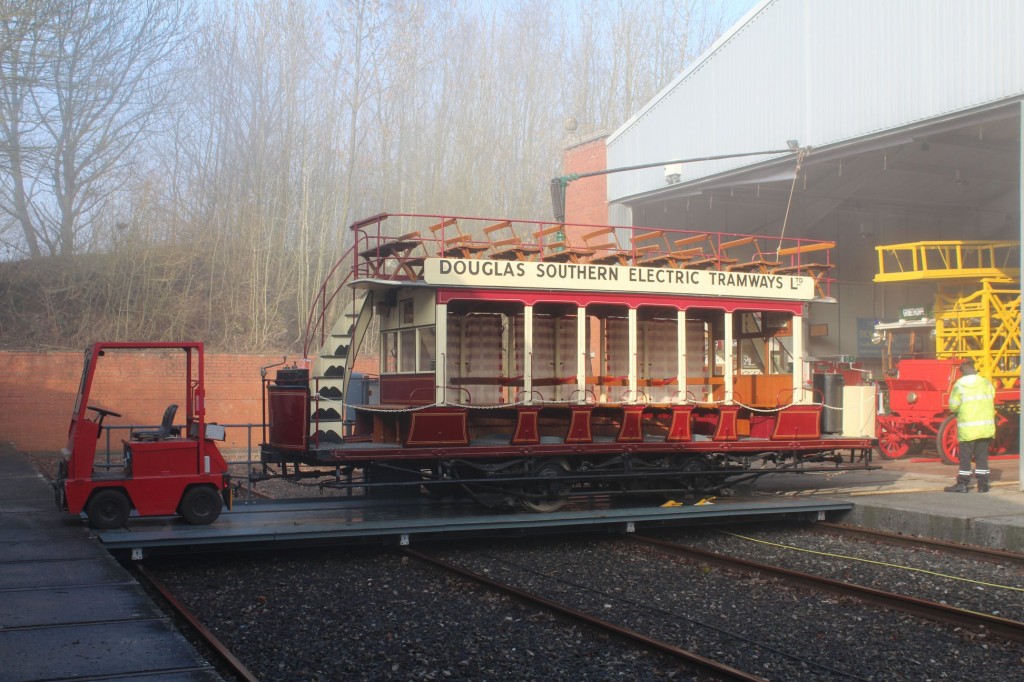 Douglas 1 is pulled onto the traverser into an odd mix of sunshine and fog, before being stabled on the track behind the Exhibition Hall. 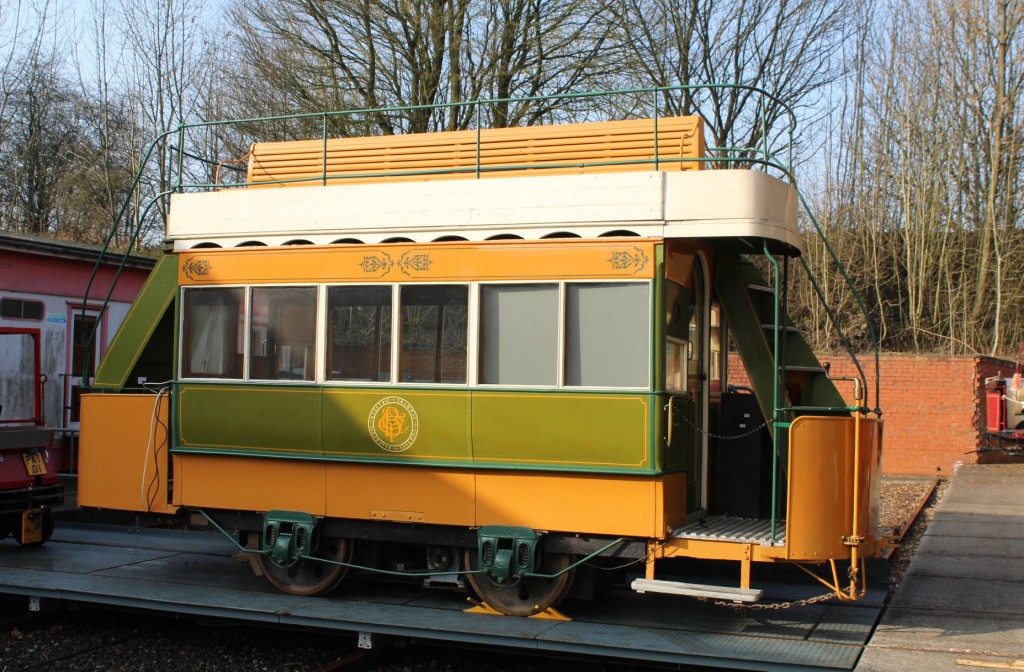 Next out was, appropriately, Blackpool conduit car 4 - arguably Holoroyd Smith's most celebrated creation! 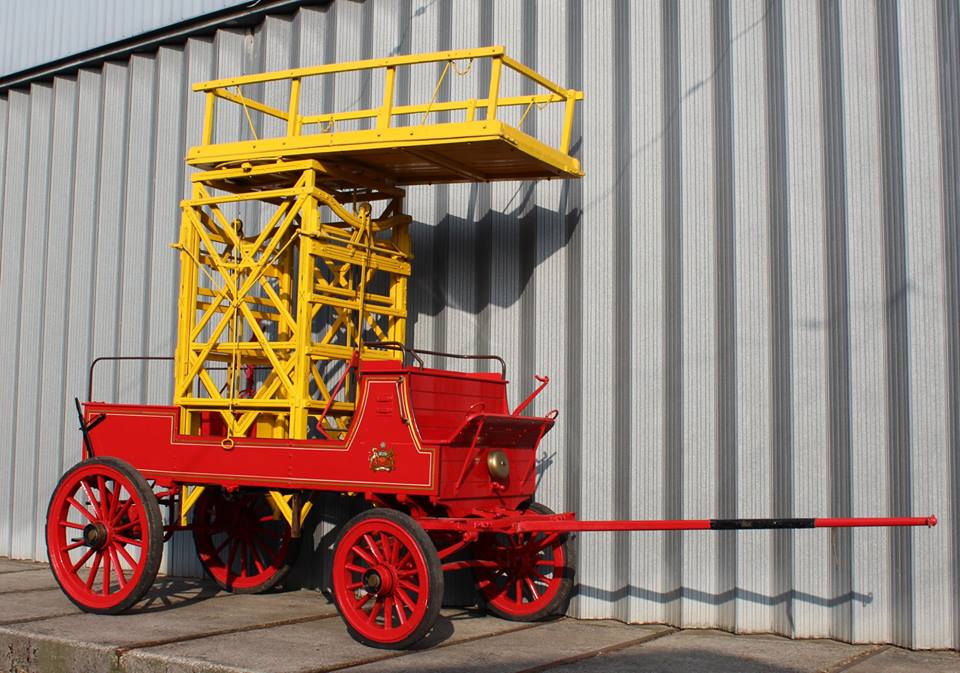 A lovely sunny shot of the Manchester tower wagon in front of the Exhibition Hall doors. 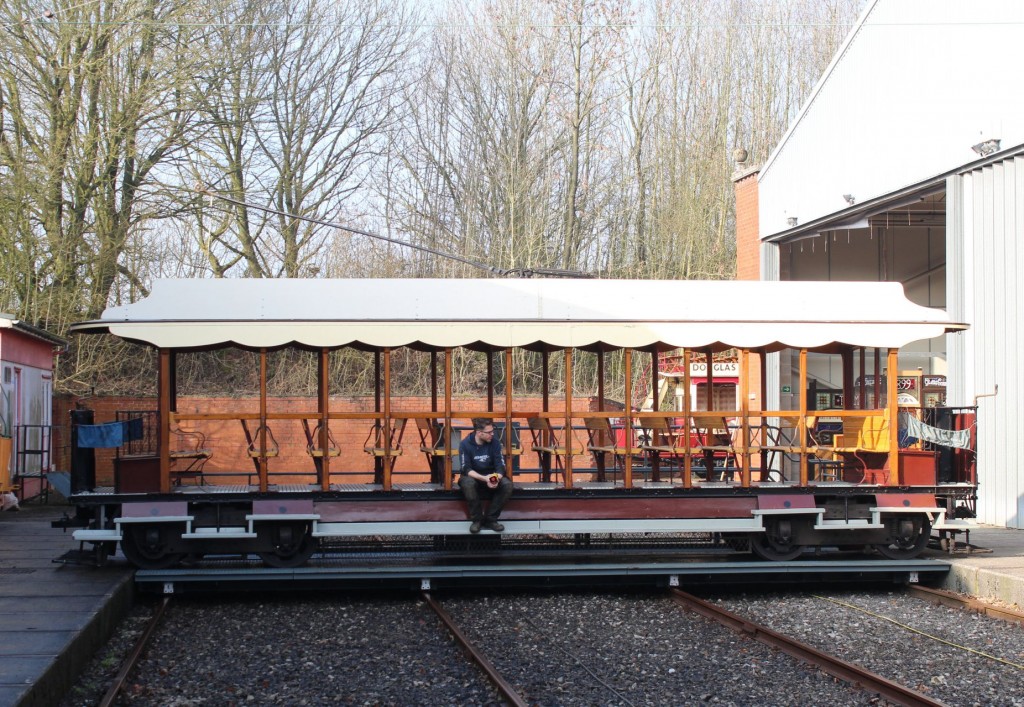 Fresh from its one-off outing last year, Blackpool & Fleetwood 2 is back on the traverser but this time it is merely being extracted as part of a general shunt rather than for another spell of operation. 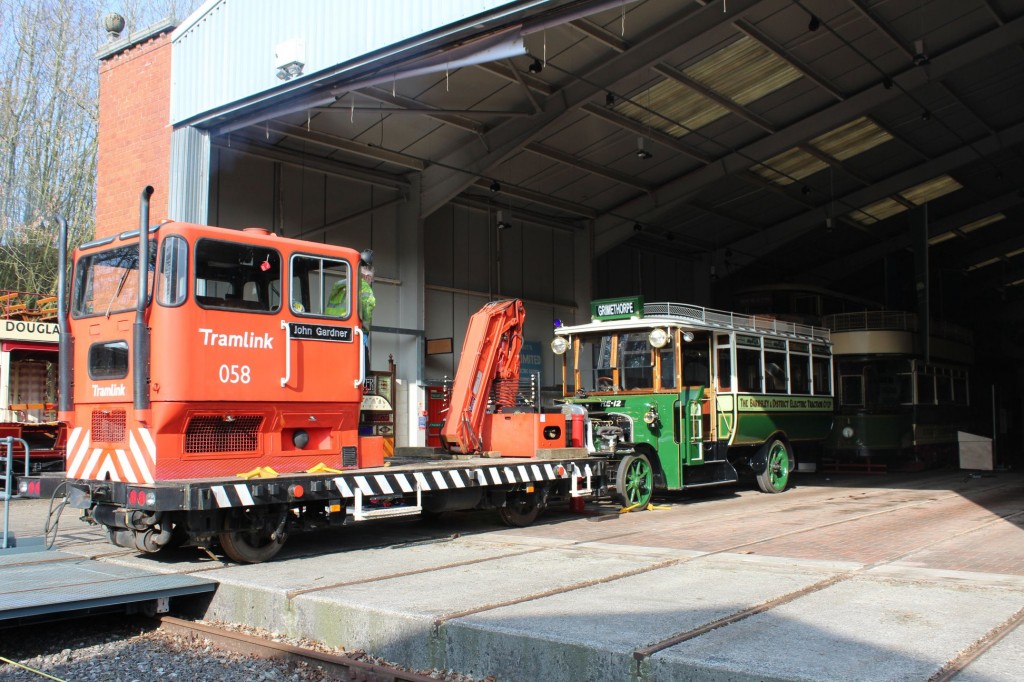 London Tramlink 058 makes an unusual sight on the traverser. Also visible is the Leyland bus which has spent the winter in the Exhibition Hall, with Derby 1 seen behind it. 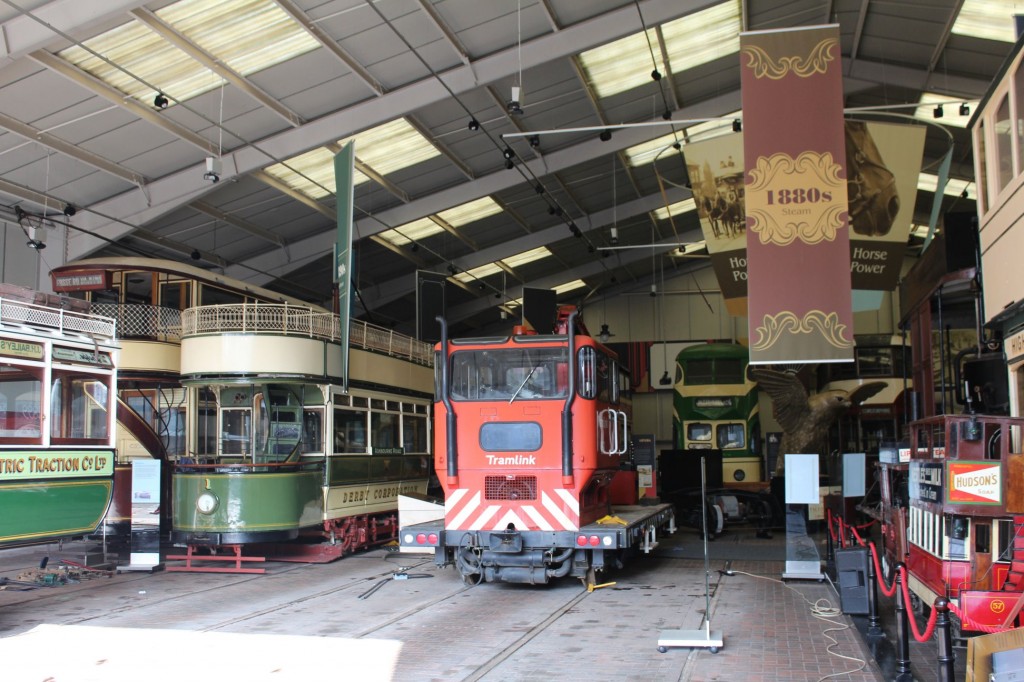 A very unusual scene with 058 seen inside the Exhibition Hall surrounded by more familiar residents including Derby 1 and Blackpool 249 (712). 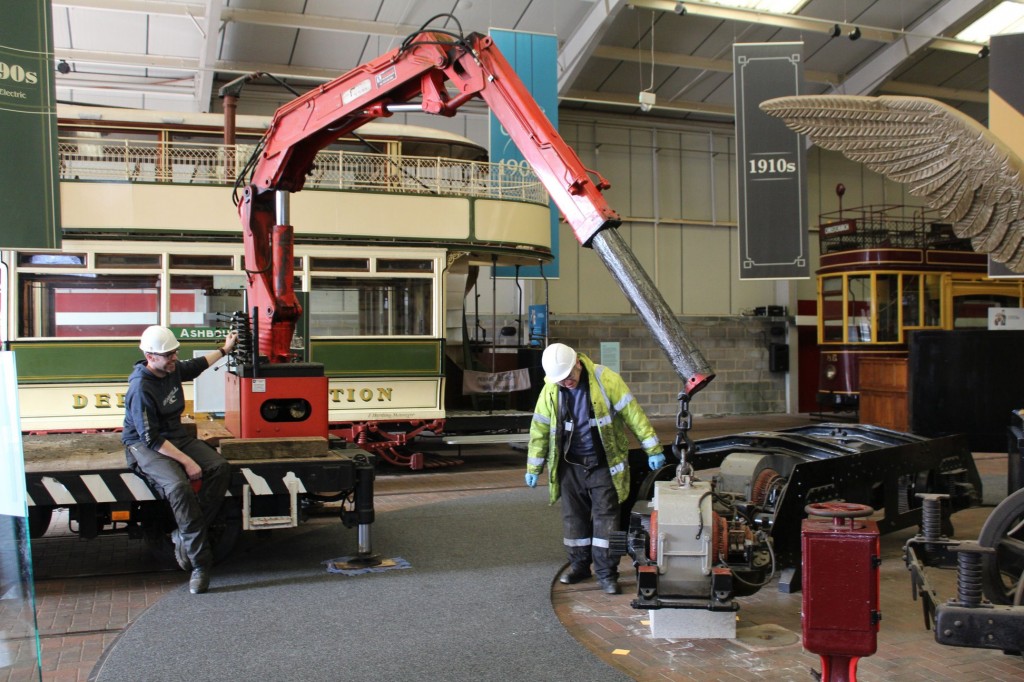 The rail-mounted crane is put to good use in moving various heavy objects around to new positions inside the Exhibition Hall. (All photos by Peter Whiteley)