Posted on Sunday 17 February 2019 by Gareth Prior

One of the big advantages of a tramway/light railway is its ability to move large crowds in a short space of time. With Edinburgh often seeing big events – not only at Hogmanay and during the Edinburgh Festival but also at BT Murrayfield – the trams are called into action with a very regular service operating to move people where they need to be. One such occasion was on Saturday 9th February for the 6 Nations rugby match between Scotland and Ireland. Roy Calderwood was on hand to capture the below images. 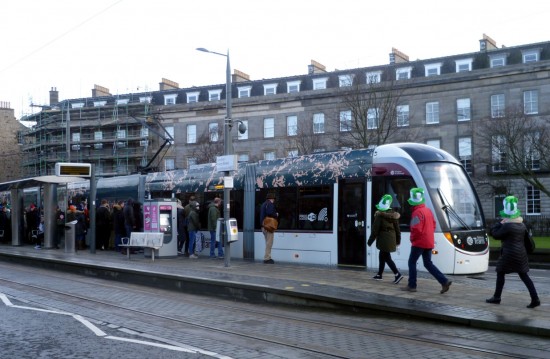 Of course Murrayfield Stadium has its very own tramstop which makes the tram an ideal way to get there from the city centre. In this view at West End Princes Street some Irish rugby fans just arrive at the stop in time for 268’s arrival with a service to the Airport.

It’s an hour and a half before kick off and fans congregate on the platform at Haymarket for the short one stop trip to Murrayfield. 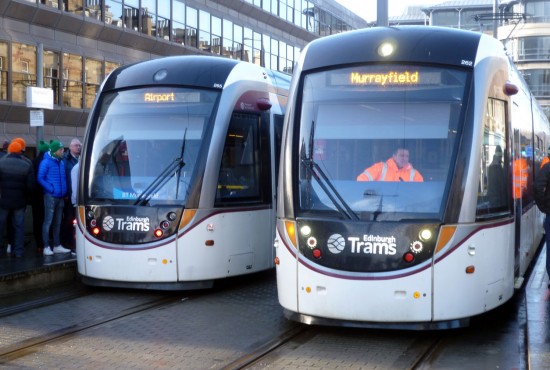 Haymarket again and the crowds are now able to board 265 on the left which is running to the Airport. On the right is 262 which has the strange destination of Murrayfield despite the fact that it has already passed it and is continuing through to York Place! 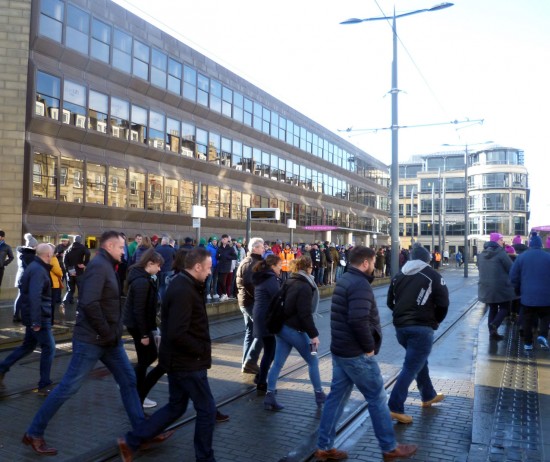 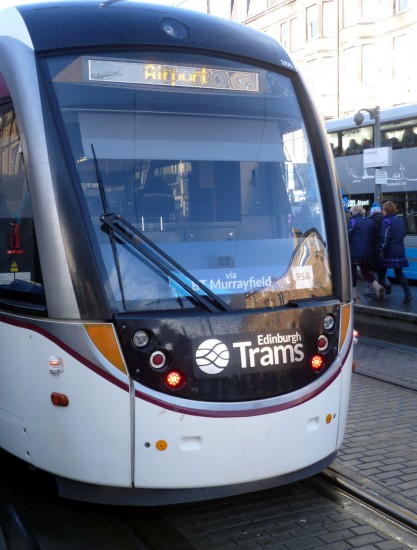 Special boards were put in the drivers windscreens letting everyone know that their tram would be travelling via BT Murrayfield. This is the example on 266. 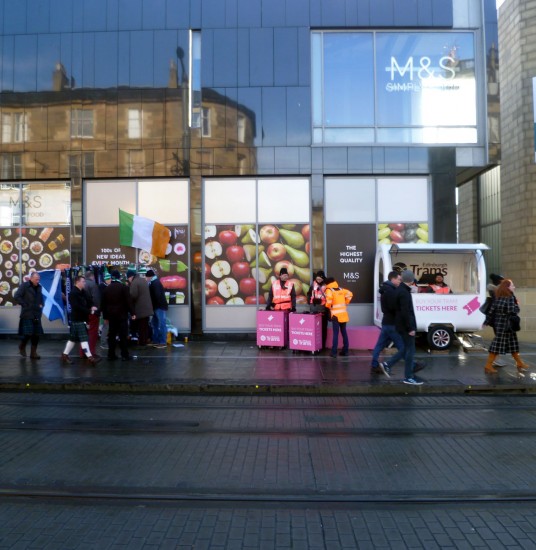 Tickets could be purchased from staff rather than just the ticket machines as seen here at Haymarket. Also present are souvenir merchandise sellers. 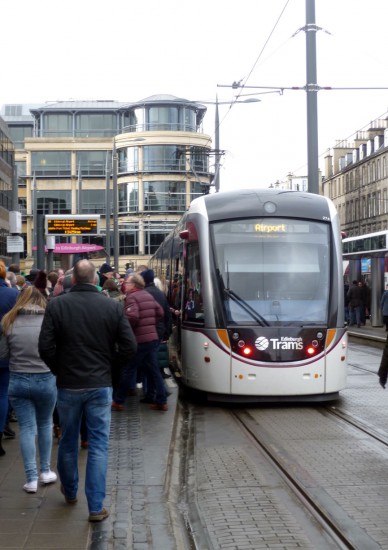 It may only be 45 minutes before kick off but still the crowds come! 274 picks up a few more for the journey to Murrayfield. (All Photographs by Roy Calderwood, 9th December 2019)