In Pictures: Newcastle 102 under attention at Crich

Although the main ongoing restoration project at Crich Tramway Village at the moment is London County Council 1, that hasn’t stopped work from being started on a major overhaul for Newcastle 102 which is being funded by members of the Tramcar Sponsorship Organisation. Here we take a look at recent progress on the tram with a couple of views from 12th January supplied by Peter Whiteley.

Since entering the workshop 102 has been stripped of its saloon glazing and one of its staircases has been removed for repair. A start has been made on preparing the lower deck for repainting. Of course some of the most extensive work will be mechanical, with the bogies to be treated to a thorough overhaul, and of course repairs will be needed to the platform at one end which was damaged some years ago in a mishap which resulted in the car’s withdrawal from service. The tram currently rests on a set of ex-Blackpool Standard car bogies whilst its own set are worked on. No firm timescale has been given for the work on the Newcastle car but it should be back in operation at some point in the next few years – and our recently (and timely) old photo of 102 running at Crich offers a reminder of just how good it will look running at the museum again! 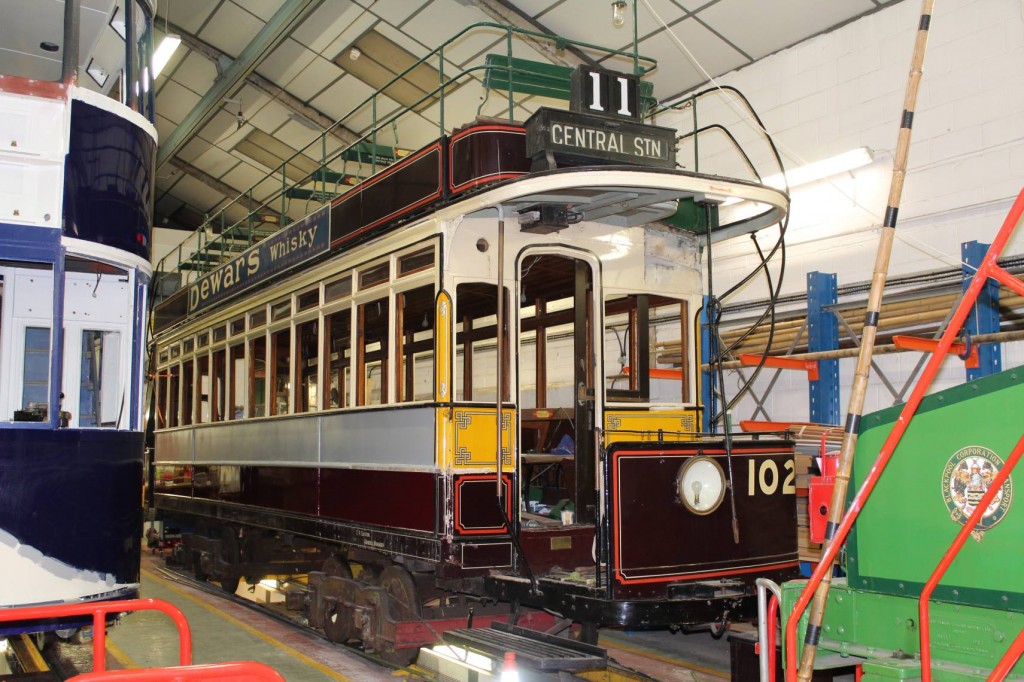 A look at Newcastle 102 in the Crich workshop with its lower side panels painted in grey undercoat and the staircase at the end pictured... well, missing! 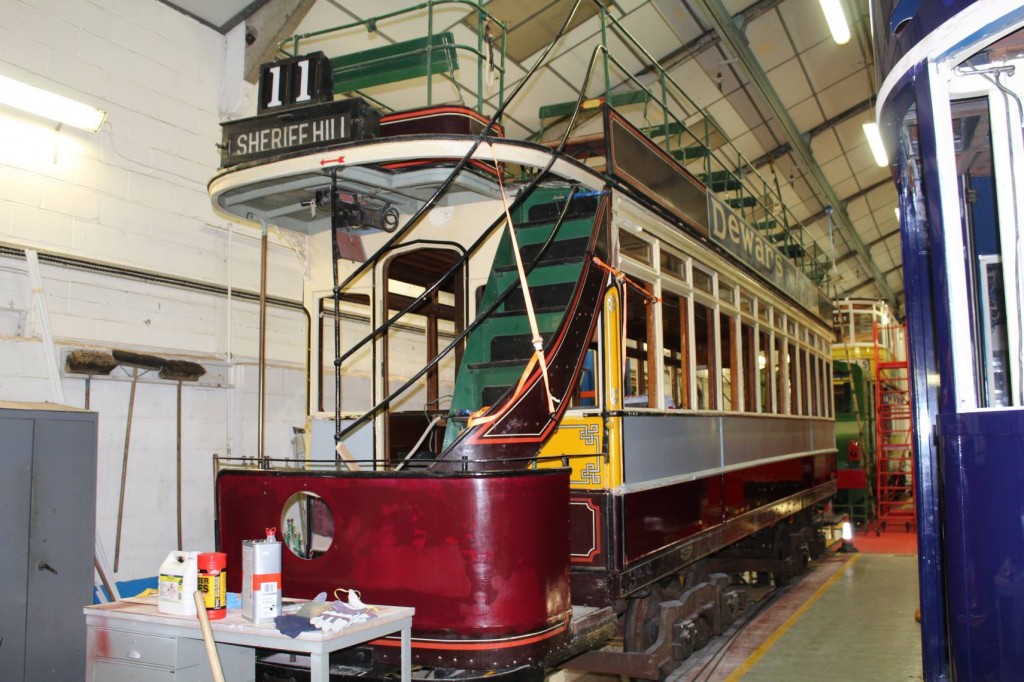 A closer look at the other end of Newcastle 102 with the dash panel looking rather bare without its headlamp and prepared for painting. (Photos by Peter Whiteley)