A trio of wins for Manx Electric Railway in Tram of the Year!

Posted on Sunday 13 January 2019 by Gareth Prior

To be fair it was always likely to be a case of how big the win would be in the British Trams Online Tram of the Year 2018 and so it turned out with the Manx Electric Railway winning three of four categories (indeed the only categories it qualified for!) whilst the other award saw a retention of sorts with a second Stagecoach Supertram Tram-Train securing the most votes.

On the traditional side of things 2018 was a year which was dominated by the Manx Electric Railway and so it turned out in the voting for Tram of the Year. Ratchet Car 14 – which only returned to action in September after a three-and-a-half-year restoration, a restoration which was completed not only be staff from Isle of Man Railways but also a team of dedicated volunteers, was far and away the most popular tram with voters with its winning margin being one of the largest we have seen since the contest began. Birkenhead 20 came in a distant second place whilst the list was completed by two Blackpool cars – Standard 147 and Rack 2, an incredibly rare position for Blackpool which has traditionally dominated this category in one form or another over the years.

The Modern Tram of the Year was Stagecoach Supertram 399 203 which won almost 64% of the total votes, thanks to it starting off the Tram-Train services to Rotherham Parkgate in October. This was a retention of sorts as 2017 has seen sister Citylink vehicle 399 202 walk away with the accolade. The second tram in the list was the first battery fitted tram on West Midlands Metro, no, 18.

The other two categories were also dominated by the Manx Electric Railway with both of them seeing big victories. On the Tramway of the Year front almost 82% of voters thought the MER had the best ahead of Stagecoach Supertram and first time nominee Luas whilst Event of the Year was the Manx Electric Railway 125th Anniversary week. This now means that for five of the six years of this category the event which has won has been linked to an anniversary! With over 77% of you voting for this incredible week of events it meant that Crich’s Simply Trams event came into second with the Doors Open event at Gogar Depot in Edinburgh taking the bronze.

And so another Tram of the Year is over – the fifteenth! – and we are sure you agree that they are all worthy winners. The symbolic trophy of the main Tram (Traditional) of the Year award remains on the Isle of Man for the second year in a row – will anything elsewhere in the British Isles see it heading off the island in 2019? We’ve got a lot of time to think about that and with plans for a number of trams to return to service at various places this year there are bound to be plenty of trams, tramways and events vying for the honours once again. Nominations will open again towards the end of November 2019 – don’t forget to keep a note of anything you think may be suitable for the shortlist!

104 votes rejected due to multiple votes 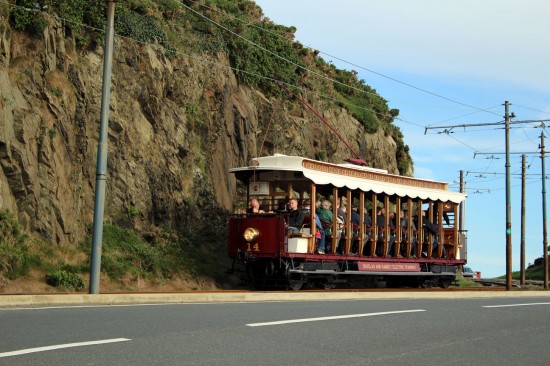 Your winner of the Traditional Tram of the Year is, of course, Manx Electric Railway Ratchet Car 14 following its stunning restoration. Running on a special tour on the evening of Wednesday 5th September we see 14 heading north past Port Jack. 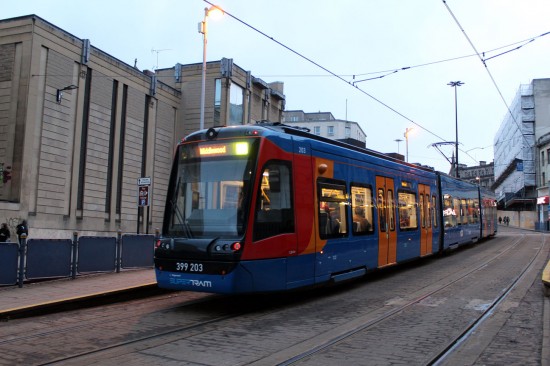 For the second year in a row the Modern Tram of the Year is a Stagecoach Supertram Citylink Tram-Train. This time around it is 399 203 which started off public services for the UK’s first Tram-Train service. Before that service had begun we see 399 203 at Fitzalan Square on 8th March 2018 working a Yellow route service to Middlewood. 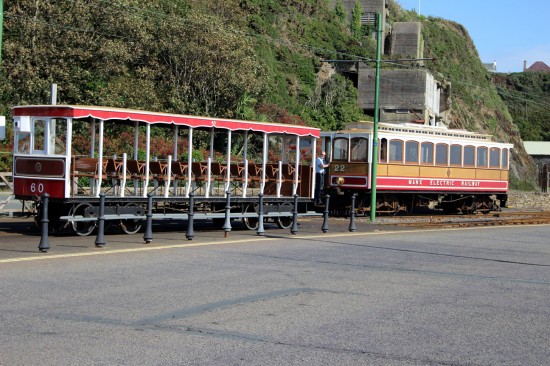 Tramway of the Year was also the Manx Electric Railway. In this photo we see a manoeuvre which takes place most days on the MER – a motor running round a trailer at Derby Castle. In this case it is Winter Saloon 22 and trailer 60 on 9th September 2018. 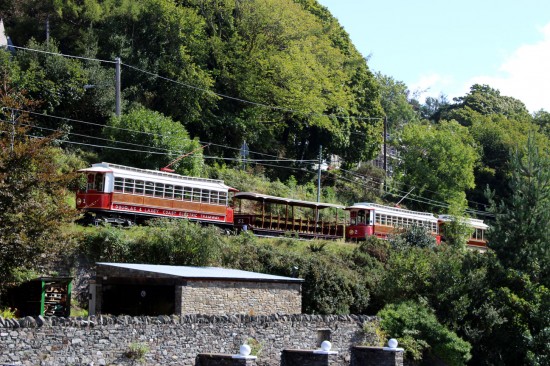 Any old excuse for yet another photo of the MER! With the Manx Electric Railway 125th Anniversary being Event of the Year we take a view of the centrepiece of the week long event – the Cavalcade. Before the Cavalcade commenced the trams were lined-up above the Washing Floors and here we see 1+51 and 2+59 ready for the off. The date is 7th September 2018. (All Photographs by Gareth Prior)