Posted on Friday 28 December 2018 by Gareth Prior

It is a tram that usually goes about its business with the minimum of fuss regularly operating on heritage tours, illumination tours and private hires. Probably harshly Balloon 717 is a tram which doesn’t have that “wow” factor with many enthusiasts but is a tram which is over 80 years old and still runs having enjoyed a major overhaul earlier this century. 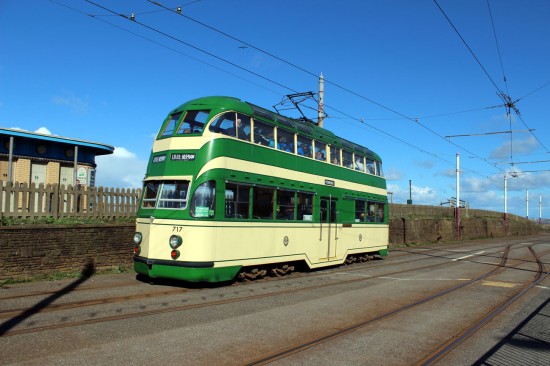 With cloudless skies 717 heads away from the camera at Bispham as it continues with a journey to Little Bispham. 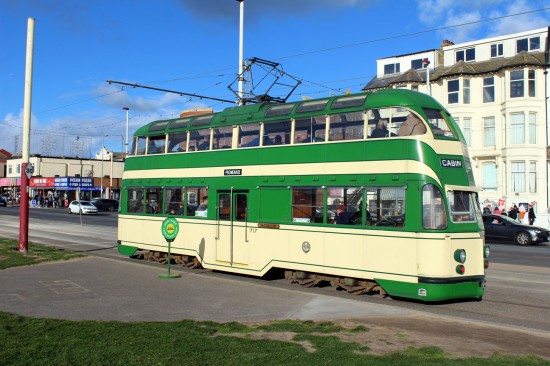 Another image of 717. This time we see it at the temporary heritage stop at Manchester Square with a service to Cabin. (Both Photographs by Gareth Prior)