Posted on Tuesday 6 November 2018 by Gareth Prior

Its time for another change in Picture in Time as Blackpool takes a rest with Tuesdays now set to see other traditional trams featuring. And in the first instalment we are off to Crich for a view of a long standing member of the operational fleet – Leeds 180.

Having entered service in its home city in 1931, Leeds 180 (which was renumbered 189 before withdrawal) was one of the first trams to arrive on site at Crich in 1960 and was first used in service at the museum in 1968. This first period of service was for five years and then it wasn’t until 1982 that it would be seen in passenger action and save for the odd year here and there it has remained operational ever since proving to be a popular member of the fleet with much use made of it at the start and end of the season thanks to its fully enclosed nature. 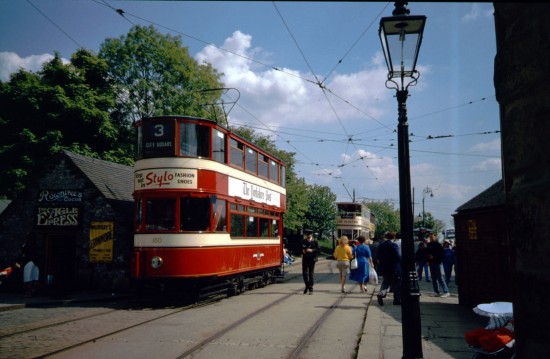