31 became the very first Urbos 3 to receive the new blue livery vinyls when it entered service during the evening peak on Monday 16th July and was then used in service again the following day. We featured the first images of the tram on Monday evening and now with it starting to make its full mark in service we again take a look at the tram in service.

As well as 31 receiving the full livery other trams have received West Midlands Metro branding both internally and externally. Tramstops are also starting to become more blue with the new branding really starting to make its mark.

There have been a number of comments on social media that maybe West Midlands Metro should have bigger priorities at the moment with the advertised service often unable to operate along with the high profile continued issues with the overhead (although fingers crossed its so far so good this week!) Comments like this always come up when a rebrand takes place and its always going to be a controversial issue but the new order does want to make its mark – for the positive.

The new brand has now been officially launched with the Mayor of the West Midlands, Andy Street, revealing new colours for not only trams but also trains, buses and bikes in the region. Along with the blue for trams you will see orange trains, red buses and green bikes over the coming months and years.

Each tram’s relivery will cost £9,000 and all trams will eventually receive the new colours. All stops are also receiving the new colour scheme with St Chad’s the first to completely go blue.

Meanwhile it appears that there is now a fourth battery fitted tram, although its identity is not yet known! The unknown tram has been spotted being towed around the depot yard by the original battery tram, 18. So far only 18 and 31 have entered service with 36 being tested overnight at the moment. 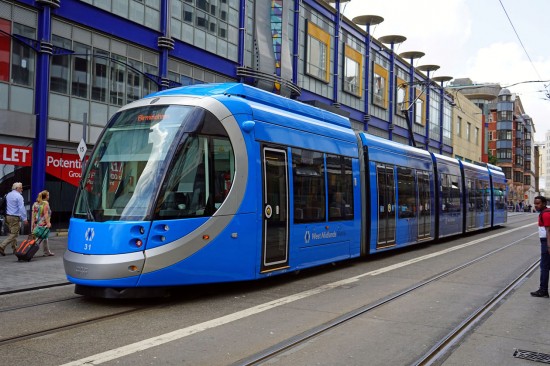 31 along Corporation Street with a service for Grand Central. 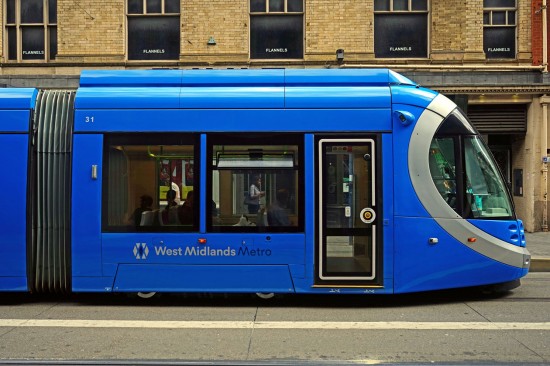 The side of the front section of 31 showing off the new blue livery and West Midlands Metro logo. 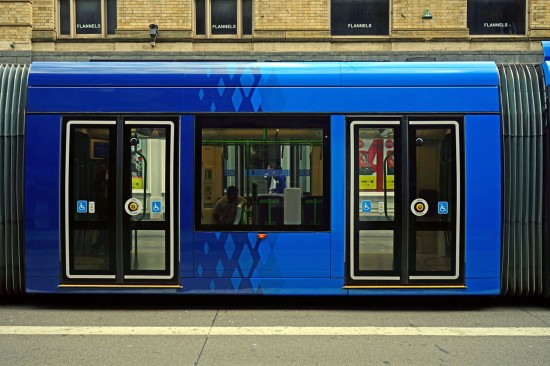 The centre section where the plain blue livery changes slightly to including the WMM logo and a darker shade. 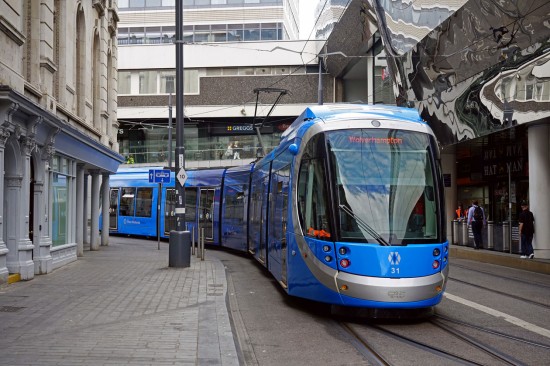 31 snakes away from Grand Central at the start of its service to Wolverhampton St George’s. 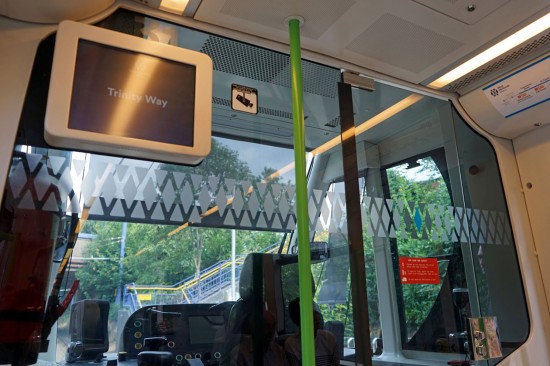 Changes have also been made internally, including the application of the WMM logo to the driver’s partition. 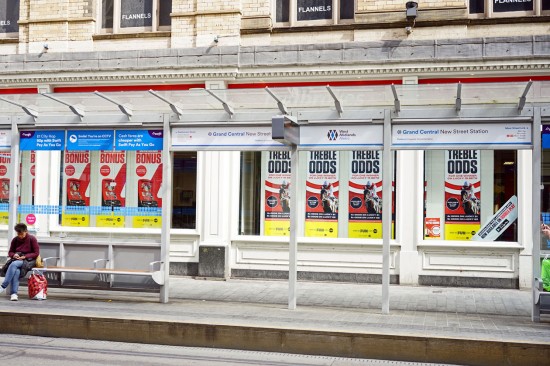 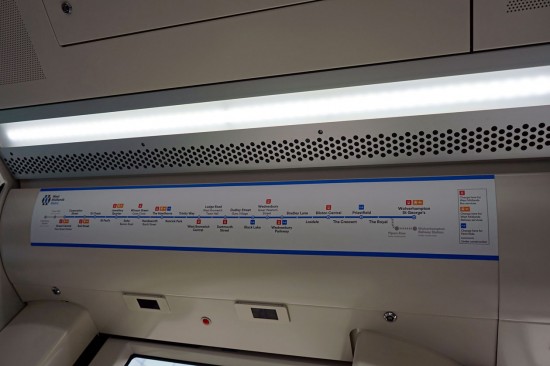 New maps on board 31. Note the extensions at either end are now shown on the map. (All Photographs by Andy Walters)