Ever so slightly we are edging towards the start of the pilot Tram-Train service in the UK which will run between Sheffield and Rotherham. The latest milestone (how many times have we used that word recently!) in the project has seen the start of daylight testing along the Network Rail line to Rotherham Central and Rotherham Parkgate – a major component in the preparations for the start of services. There is still no official word as to when the service may start although late summer/early autumn is the expected start of the service which will see three train-trams an hour between Cathedral and Rotherham Parkgate.

These photos were all taken on Tuesday 17th July when 399 202 was the vehicle used to perform the test/commissioning runs. 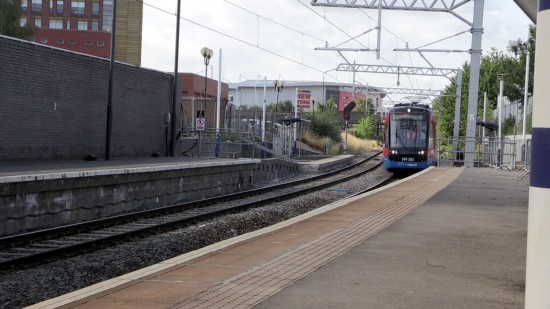 In this first view we see 399 202 heading through the railway platform at Rotherham Central with the home of Rotherham United FC in the background. 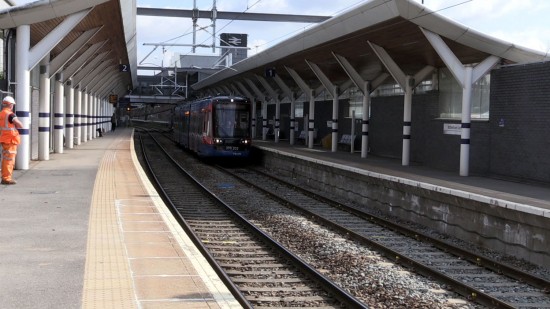 Another view of 202 as it heads back through Rotherham Central heading back towards Sheffield. 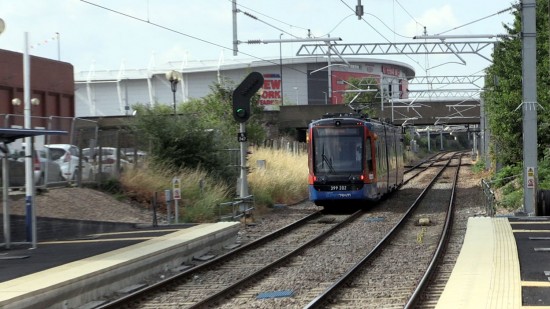 202 continues its journey back to Sheffield. 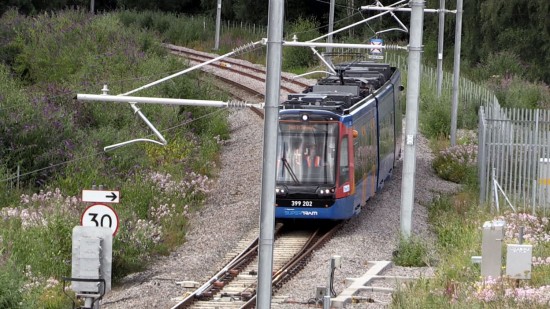 On the newly constructed Tinsley Chord with 202 joining the railway. 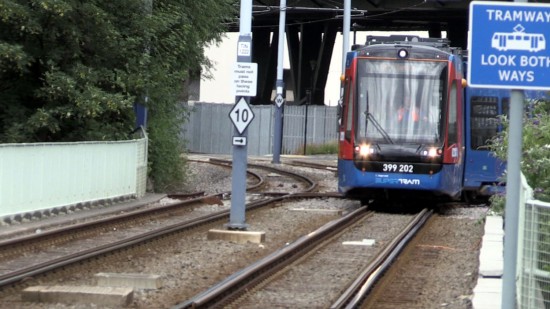 And here we see 202 rejoining the tramway off the chord. (All Photographs by Glyn Hill)