Blackpool Heritage Tram Tours have confirmed that Blackpool Brush Railcoach 623 will shortly be leaving the seaside again, and heading back to its active retirement home at Manchester’s Heaton Park Tramway. However, before it departs, a special farewell running day has been organised to take place on Friday 13th July, as a precursor to the ‘Tram Sunday’ weekend which sees a gold service operating on the heritage trams for the two days that follow.

623 has now been back at Blackpool for just over a year, in fact the car was launched into service at last year’s ‘Tram Sunday’ weekend, giving this farewell outing a nice bit of continuity! The tram will be operating to a special timetable (full details still to be announced) during the afternoon and early evening of Friday 13th July, and is then due to leave for Manchester after the weekend. Presumably a few days will be needed to prepare the Brush car for its latest road journey – including removal of the additional framing attached to the top of its low height trolley tower, designed to allow it to fit inside Heaton Park’s Middleton Road depot building.

623 has been well used and popular during its time in Blackpool, but with only two serviceable trams at Heaton Park right now, its return is understandable and it will no doubt continue to provide invaluable service there. 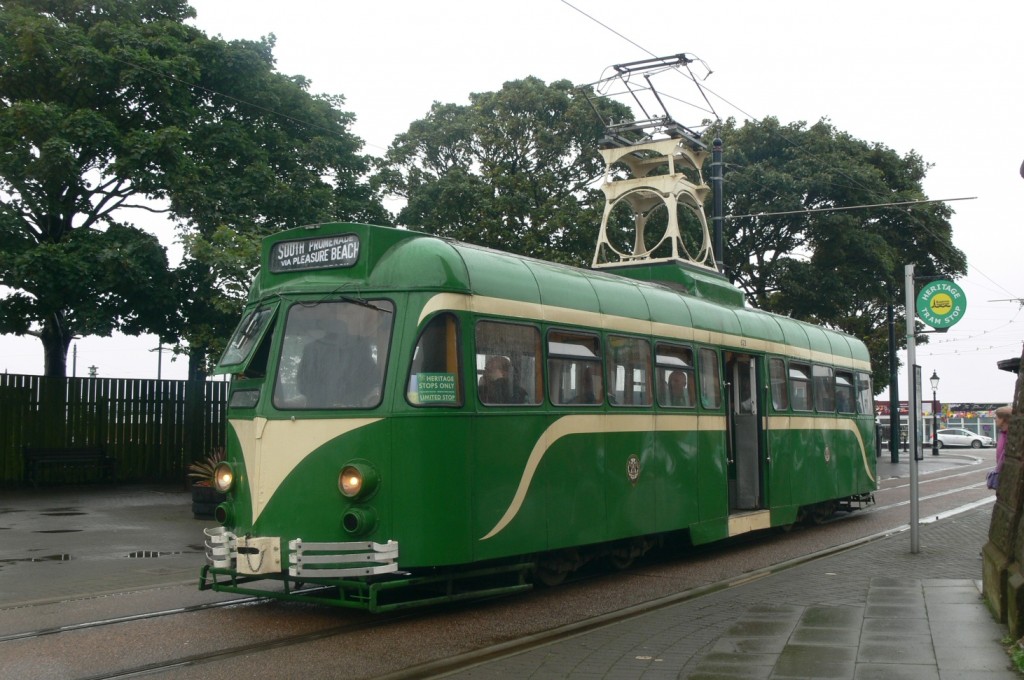 A look back to July 2017, and 623's first weekend of service back in Blackpool following its return home to celebrate 80 years of the Brush cars. It is shown at Pharos Street, Fleetwood. (Photo by Andrew Waddington)