A late evening photo charter held at Beamish, the Living Museum of the North on 2nd November provided an unexpected appearance from Blackpool ‘Boat’ 233. Although the star of the show was fellow Blackpool tram Coronation 304, with Grimsby & Immingham 26, the opportunity to display both green and cream Blackpool cars together in darkness  for the assembled photographers was clearly irresistable!

The Boat tram, which is of course owned by the Lancastrian Transport Trust (as is 304), and sponsored by British Trams Online, did not run as much as was hoped during the summer due to the generally dismal weather although it has proved very popular when it has been used. This was, however, a rare November outing for the tram and it looked absolutely fantastic in the Town along with 304! This is likely to be 233‘s last outing of 2012 and hopefully some further attention will be lavished upon it over the winter, although this will of course depend on the many other workshop commitments of this Museum. In particular, it is hoped that the interior panels and seating can be repainted as they now contrast with the immaculate exterior paintwork.

As well as being the star attraction at this special photo shoot, 304 was also used in public service on Friday 2nd November. A fault led to it heading back to depot soon after the Museum opened the following day, but this was quickly addressed allowing it to re-enter service along with Sunderland 101/Blackpool 703, which is of course another tram from the LTT collection which can now be seen at Beamish. 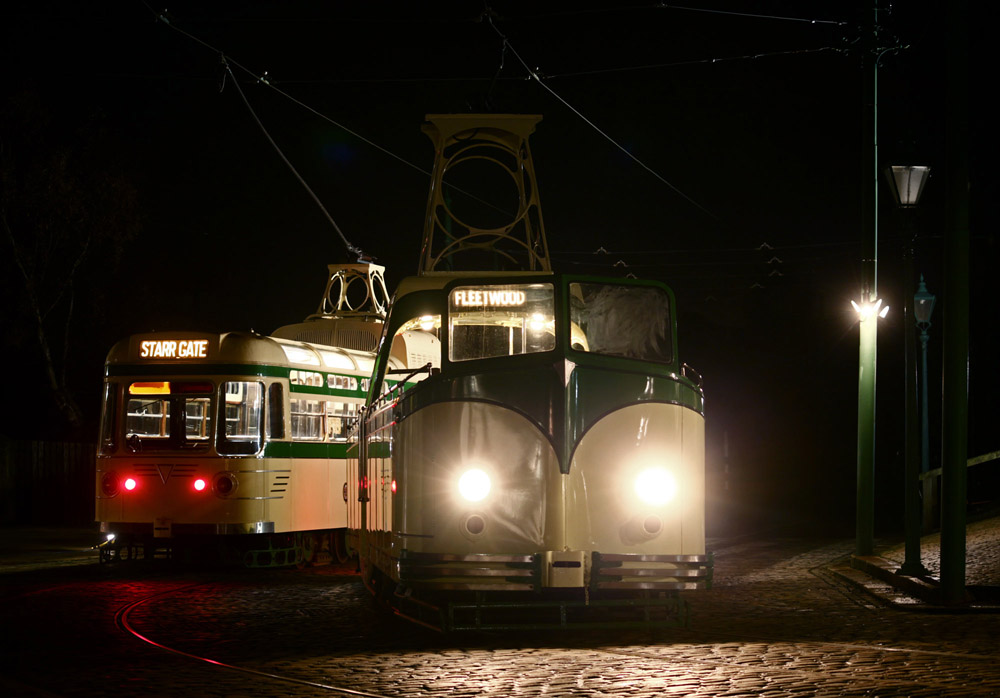