On Saturday 5th May Manchester Metrolink services on the Airport route were disrupted after a car managed to drive along the tracks just to the city side of Sale Water Park on the bridge which crosses the River Mersey. The car had managed to drive quite some distance on the tram only section before it had become stuck causing an obstruction.

The car had become stuck shortly after 1000 having gained access to the tramway at the end of Hardy Lane heading towards the River Mersey and then just ploughing on until it could do so no more! Trams heading towards the Airport were well and truly unable to pass the stricken vehicle but as seen in the photos below those heading into the city and Victoria were just about able to squeeze past the car. 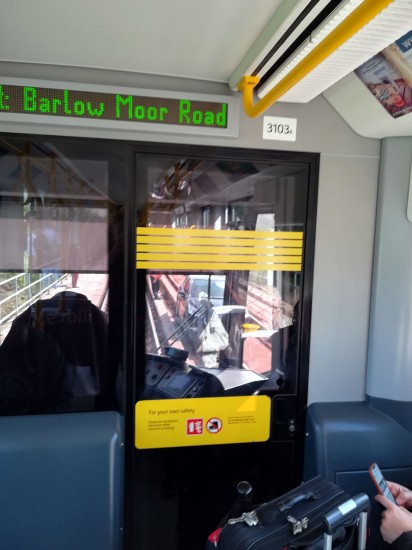 The view from onboard 3103 showing the car on the rails and Metrolink officials in attendance working out how to remove it! 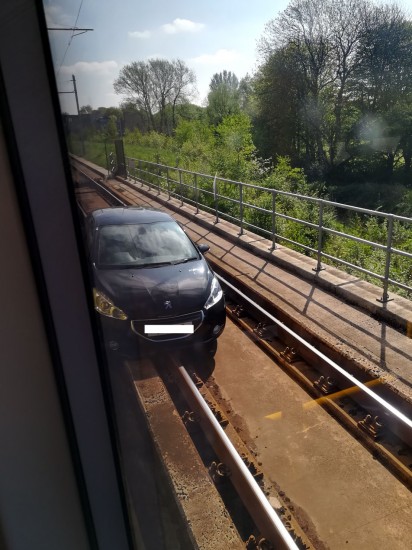 Taken from on board the tram as 3103 edges slowly past the stricken car. 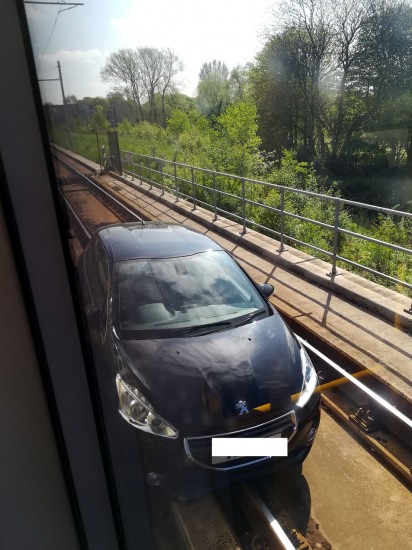 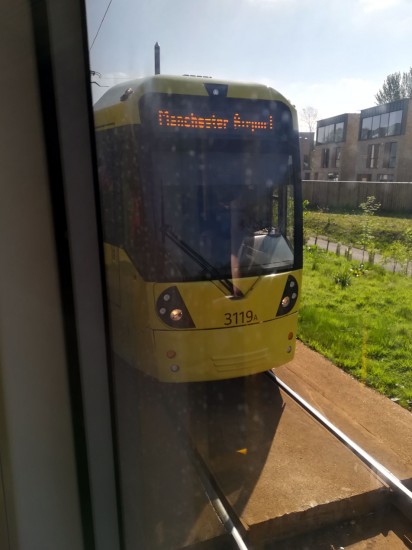 3119, however, was going nowhere until the car was moved out the way. (All Photographs by Dave Elison)