Glasgow 1115‘s spell in the limelight is now over, with the tram being returned to the Great Exhibition Hall at Crich Tramway Village. This car was famously extracted late in the summer for a starring role in a major event to commemorate 50 years since the closure of the Glasgow tram system, and although not operational, its appearances on the depot fan provided some very memorable scenes for visiting enthusiasts.

The task of moving 1115 out of the Exhibition Hall had been a complex operation, and so too was the job of returning it to its usual position at the back of the building. This took place on Saturday 27th October – which was very surprising as this was a very busy day at the museum thanks to the annual Halloween event. It had been expected that this task would wait until the closed season, but instead the decision was made to undertake a major shunting operation on this day. This involved moving Douglas 1, Derby 1 and Blackpool 4 outside, so that Blackpool ‘Standard’ 49 could be moved out of 1115‘s normal spot. Glasgow 1115 was then returned to the Exhibition Hall, with the other trams being put back in front of it. 49 was also returned to the main depot and now stands at the rear of track 7, where 1115 had previously been.

Once again, the efforts taken to make 1115 available for outside display at the recent Glasgow event must go on record and thanks should go to everyone involved in making this happen. Hopefully this attractive tram will not have quite so long to wait before its next public appearance – and now our thoughts turn towards any other elusive trams that could be brought out for events in the next few years! 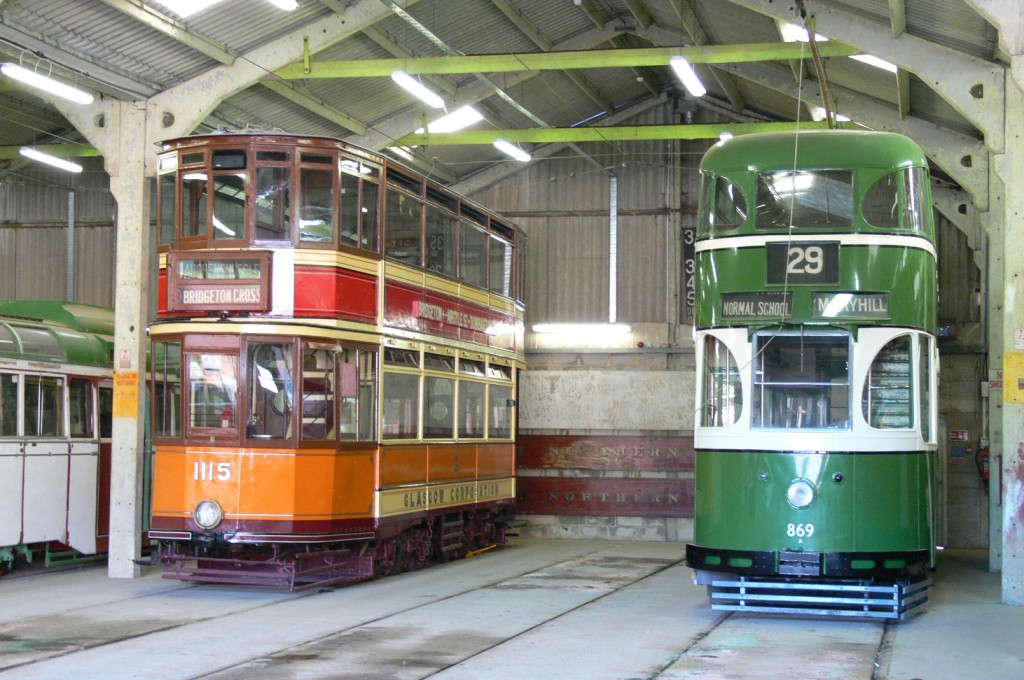 Storage in the main depot complex at Crich meant some unusual views of Glasgow 1115, such as this one of the car with Liverpool 869 at the start of the 'Glasgow 50' event. (Photo by Tony Waddington) 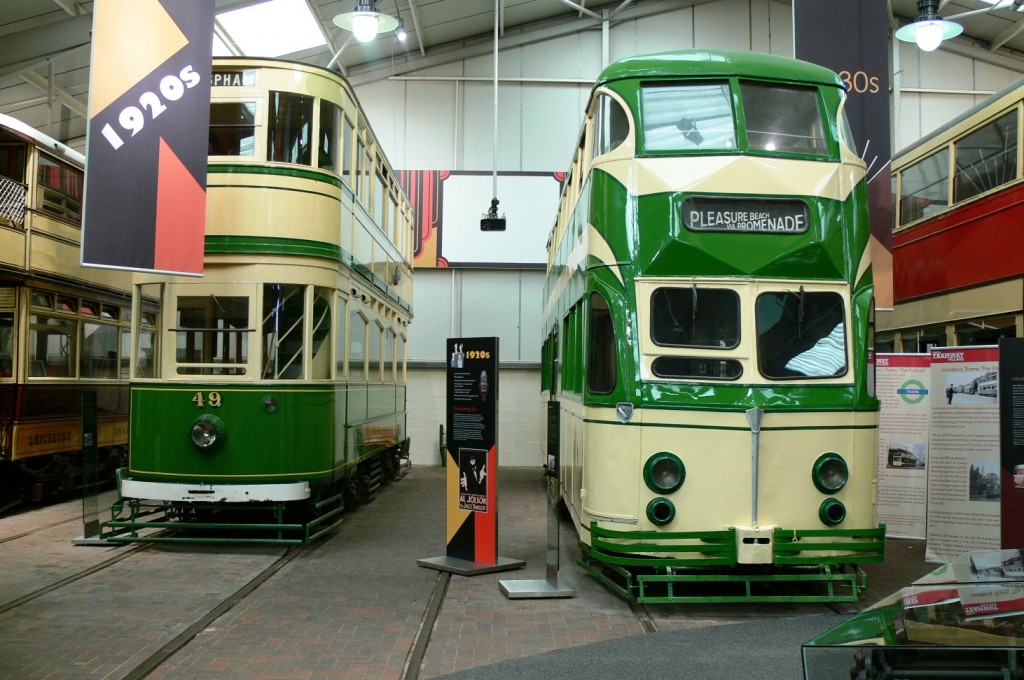 An equally unusual scene, now consigned to the past, shows Blackpool trams Standard 49 and Balloon 249 side by side in the Exhibition Hall. How long before this pair will meet again, we wonder? (Photo by Tony Waddington)