Posted on Wednesday 24 October 2012 by Gareth Prior

Metrolink T68 1003 has recently returned to service featuring revised advertising vinyls  in the middle of its Yellow and Silver livery. You may remember that this tram was initially reliveried at the end of 2011 and featured advertising vinyls for Manchester’s Christmas Markets before this was altered in early 2012 to advertise a special exhibition at the
Imperial War Museum North. Now these vinyls have been changed again with the Imperial War Museum again the advertiser.  1003 remains the only T68 to have received the new colours and with the original vehicles now being withdrawn it would appear that this will remain so. 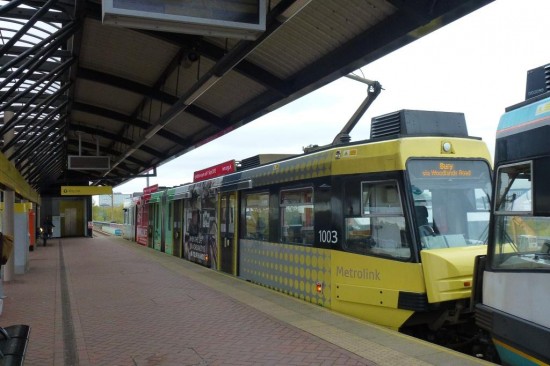 1003 seen when working in multiple with 1023 at Cornbrook on 24th October showing the new advertising vinyls for the Imperial War Museum. (Photo: Steve Hyde)