A special Halloween event on Sunday 28th October will provide the last opportunity for a while to enjoy a three-car service at the Heaton Park Tramway in Manchester. As reported previously, both Stockport 5 and Manchester 765 will be temporarily withdrawn after the event to receive some well-deserved TLC over the winter months.

To capitalise on the occasion, the day will feature both trams in service alongside Blackpool 623, which will be maintaining the tram service in the park for the next few months. Heaton Park ‘Vanguard’ 7 will also feature in some photographic opportunities alongside all three service cars, with its windscreens now visible following some minor attention last weekend to allow it to be used for engineering duties over winter. Car 5 will also be specially decorated for Halloween on Sunday only!

Stockport 5 had been hastily prepared for service in its current home after its arrival from Blackpool in August 2011, and is beginning to look a little jaded, so it is pleasing that some work will be done to improve its appearance ready for the events of 2013. As for Manchester 765, it is not certain what work will be done to the tram but it is believed that it will be receiving its most extensive attention since inagurating the Heaton Park Tramway in 1980. Hopefully this will include lifting the car so that its bogies can receive some attention, which will ensure that 765 is fighting fit ahead of its centenary in 2014. 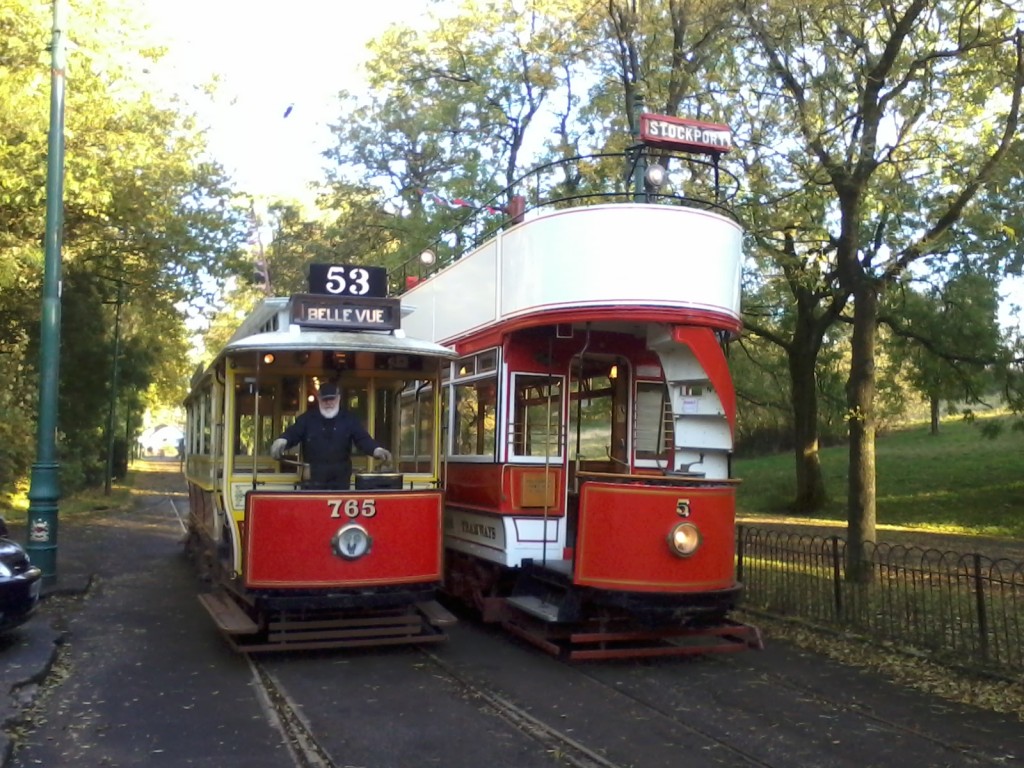 Manchester 765 & Stockport 5 seen being shunted during the morning of 21st October, ahead of the commencement of the day's tram service. (Photo by Joe Savage)