Posted on Saturday 27 January 2018 by Gareth Prior

A double helping of trams in adverts for you in this edition of Picture in Time as we head back to the year 2000 and Croydon Tramlink.

With the first lines not due to open for a couple of months it seems strange to see East Croydon so deserted (nowadays there is almost no chance of getting a photo here without people getting in the way) but that is the case on 31st March 2000 with trams in the two outer platforms as they both perform test runs. On the left heading out of Croydon we see 2546 in an all over advert for the Whitgift Shopping Centre which had been applied to the tram back in November 1999 – well before operations began. Then on the far side is 2531 which features an advert for Addington Palace, an advert which had been applied during January 2000. It was not to be until May that the first passengers were carried on the network. 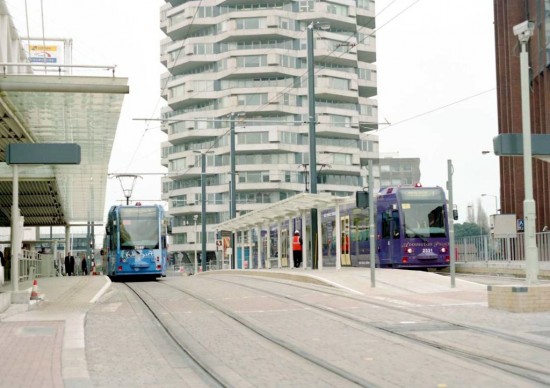