Posted on Saturday 20 January 2018 by Gareth Prior

It has been three months since the last new C R Smith advert appeared on Edinburgh Trams but this week has seen the debut of 253 carrying the familiar vinyls for the window company. This time round the two areas featured on the advert are The Royal Mile and Balintore. This is the 17th tram to receive the adverts and with the original announcement stating that there would be 18 by our reckoning that means there should be one more to come!

It seems that statues are again the link between the two with the unicorn representing Edinburgh’s Royal Mile. This unicorn is thought to be on top of the Mercat Cross on High Street between City Chambers and St Giles Cathedral. Meanwhile Balintore, one of three villages on Moray Firth south east of Tain known as the Seaboard villages, is home to the Mermaid of the North statue, part of a sculpture park. 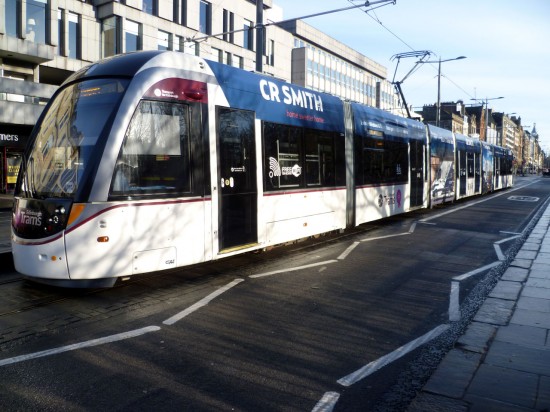 253 on Princes Street with a service for the Airport. 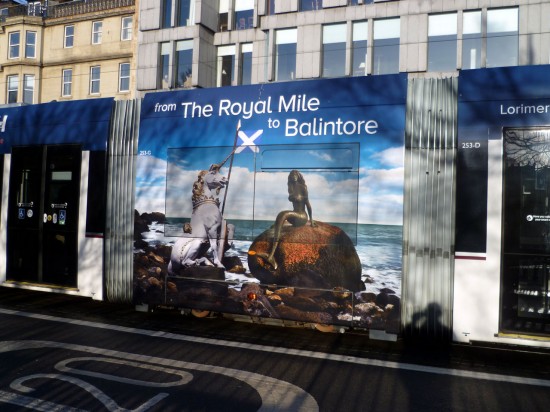 A close-up of the tram specific vinyls: from The Royal Mile to Balintore. (Both Photographs by Roy Calderwood, 20th January 2018)

1 Response to In Pictures: Another C R Smith advert debuts