Wednesday 4th April 2012 was a key milestone for the Blackpool Tramway as that was the day that the upgraded tramway, complete with platforms and modern low floor trams, opened to the public after several years of construction and disruption.

It was the start of a new era in the near 127 year history of the tramway and it would be fair to say it was not without its controversy with some apparently still hankering for 80 year old trams to continue operating an all year round service. But despite those increasingly lone voices – voices which today have mainly been proved to be wrong – 4th April saw the start of the new service with Bombardier built Flexity2 006 chosen to form the first service, departing at 0500 from Starr Gate to Fleetwood Ferry.

Unfortunately when this same tram tried to depart from Fleetwood Ferry it became derailed with sand having blown onto the tracks and the first trip was marred bringing some negative press on the first day. Whilst 006 was rerailed services were turned short at Fisherman’s Walk leading some to question just what had changed. Despite this problem – and some other teething issues, not to be unexpected on a new line with new equipment, with the trams, the service and passengers not knowing what to do! – the tramway soon managed to find its way into the transport offerings in the town and as the past five years have shown it is a much more reliable and efficient system than that which had been seen in the preceding years of the “old” tramway. And, of course, we now have the best of both worlds with heritage tram tours running regularly throughout the year as well. 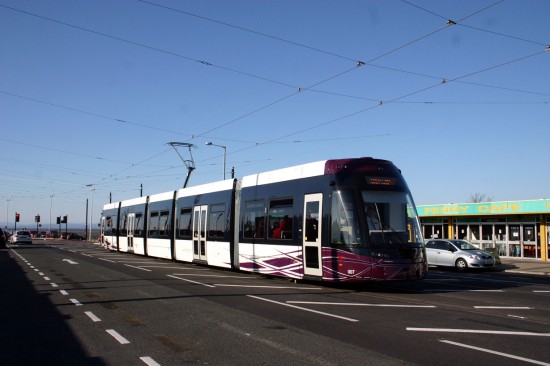 A selection of images taken over the first few days of the new tramway. First up we see 007 on Fleetwood Esplanade with a trip to Starr Gate. 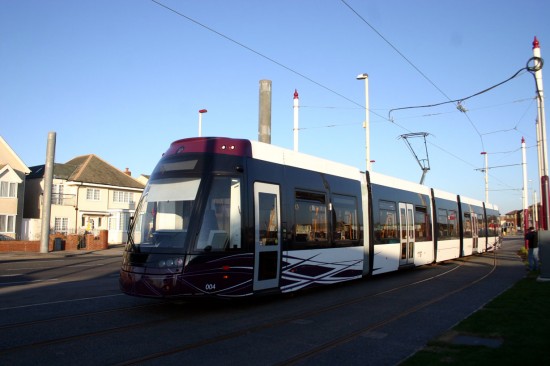 From one end of the tramway to the other as we see 004 at Starr Gate. 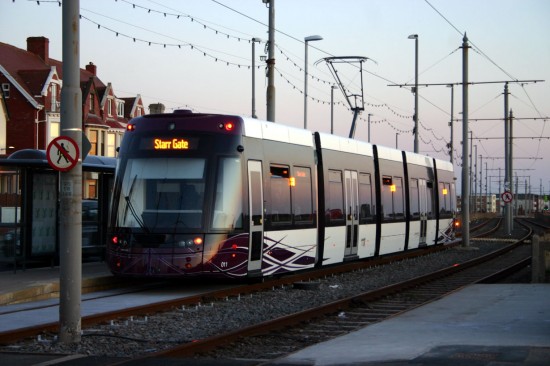 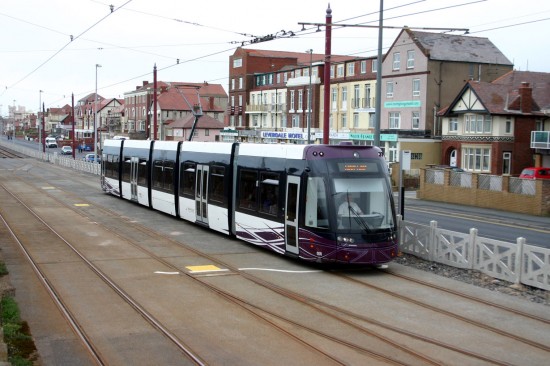 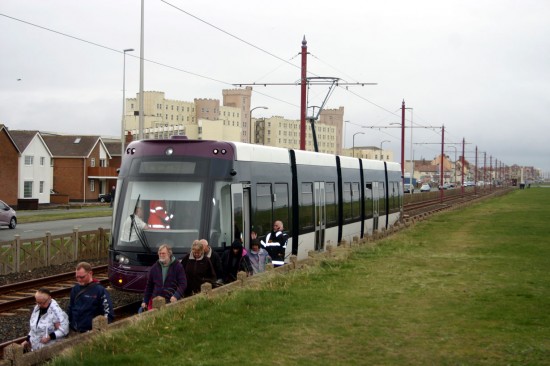 We talked about teething problems above and here is one such occurrence! Passengers have to detram from 005 at Norbreck with the tram having failed. Bolton 66 can be seen in the distance. 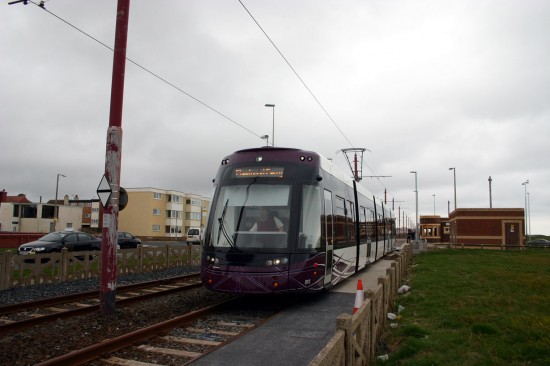 010 pulls away from Little Bispham heading to Fleetwood Ferry. 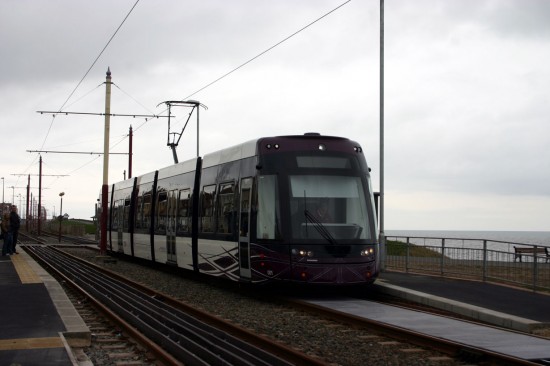 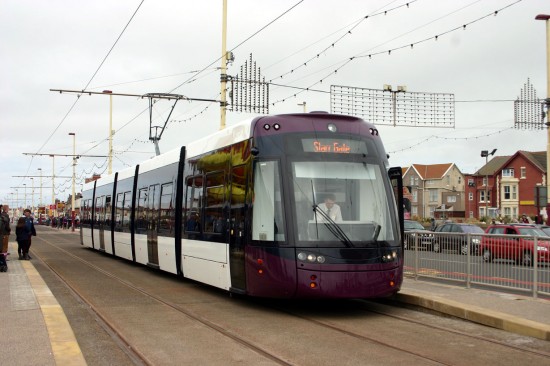 Without any branding and no external numbers we see 009 at Pleasure Beach. (All Photographs by Gareth Prior)