Its another anniversary which we feature today, this time we head north east to Beamish at a time when the museum tramway was celebrating its 40th anniversary in 2013.

Titled Our Friends Electric this four day event was part of the wider Great North Festival of Transport (also including the ever popular Great North Steam Fair) and initial plans would have seen visiting trams from across the UK to help Beamish celebrate this key anniversary. Unfortunately fates conspired to mean that these plans never transpired but despite that a spectacular event was still on offer. Two loan trams did arrive with Lisbon 730 from Birkenhead and Glasgow 1068 coming from Crich, although both missed the start of the event because of poor weather conditions. Along with the resident fleet – which at the time included six operational trams – a four tram service was offered on each day of the event, with unusually for a special transport event at Beamish trams running both clockwise and anti-clockwise around the museum tramway allowing extra photo opportunities.

The big highlight of the whole weekend though was to come after the gates had closed on Saturday 6th April with a special photographic event. This was to see a Tram Cavalcade which would turn out to be a record-breaking line-up of eight trams (the previous best was seven). Led by Newcastle 114 the line-up also included Grimsby & Immingham 26, Sunderland 101, Blackpool 233, Oporto 196, Lisbon 730, Glasgow 1068 and Blackpool 31.

It may not have turned out to be as spectacular as had originally been hoped for but that doesn’t mean that the event wasn’t an excellent way to celebrate 40 years, at a time when the Beamish Tramway was probably at its peak. 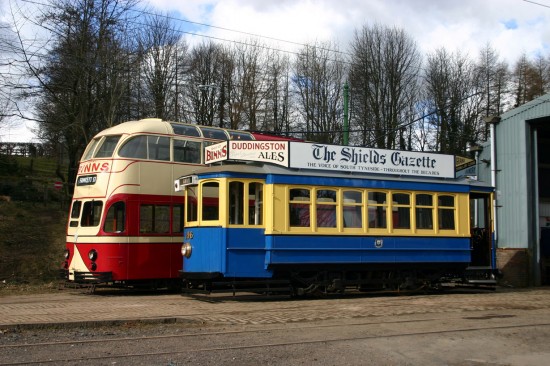 Sunderland 101 and Oporto 196 stand outside the depot. 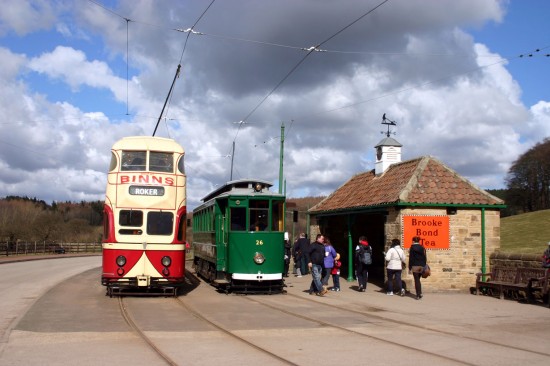 With trams running both ways around the museum tramway we see 101 alongside Grimsby & Immingham 26 at Pockerley. 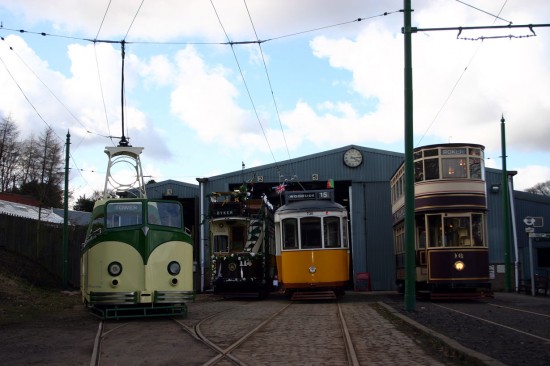 Outside the depot again and four trams are seen: Blackpool 233, Newcastle 114, Lisbon 730 and Sunderland 16. 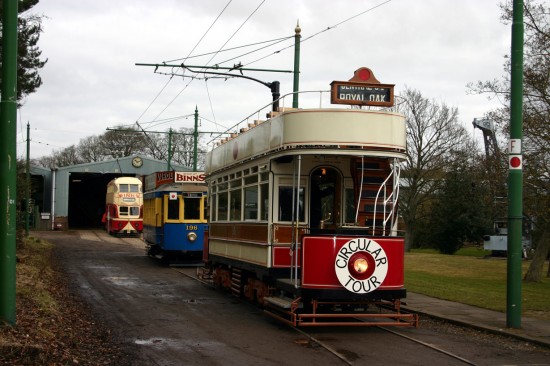 Trams line-up outside the depot at the start of service on 5th April. Blackpool 31 is followed by Oporto 196 and Sunderland 101. 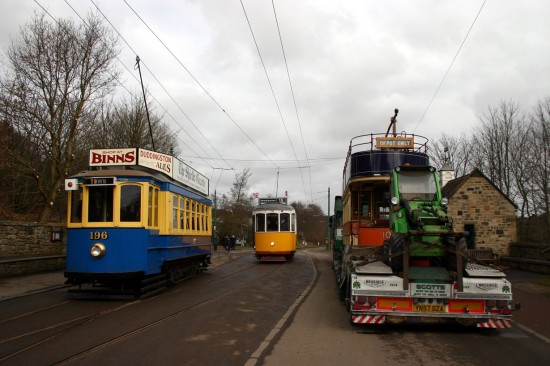 With Glasgow 1068 arriving for the event the two Portuguese trams are also seen – Oporto 196 and Lisbon 730. 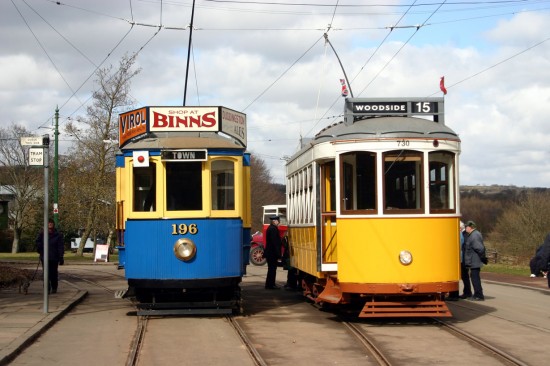 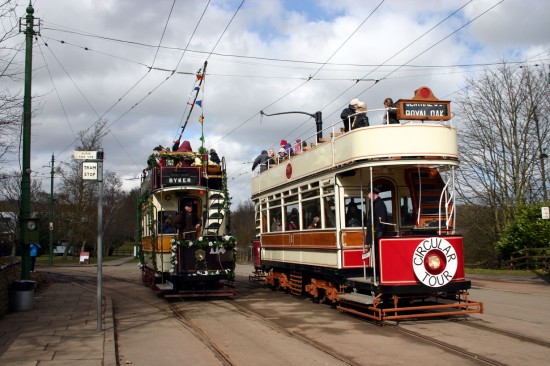 A view of Newcastle 114 – complete with celebratory decorations – and Blackpool 31 at Foulbridge. (All Photographs by Gareth Prior)