Blackpool & Fleetwood Box 40 is a tram which is officially on loan to Blackpool from the Tramway Museum Society but for the purposes of this series we actually feature when the tram went back to Crich for the Electric 50 celebrations in 2014.

Box 40 was one of the first electric trams to run at Crich in 1964-5 but it hadn’t run in service since this initial period at what is now the Crich Tramway Village. In the intervening period it had enjoyed loan spells at Heaton Park and then Blackpool before being stored at Crich and then Clay Cross. A return loan to Blackpool started in 1996 and 21 years later it is still going strong there. However, as part of the Electric 50 celebrations and the 25 electric passenger trams set to run in service it was decided that after a joint workshop operation between Blackpool and Crich that 40 would return “home” for a short spell of operation.

Arriving at Crich on 21st July 2014, 40 underwent testing from 23rd July and then entered service on 1st August 2014 – only 49 years since it last ran in Derbyshire. It continued to be used through the remainder of the season – including its starring role during Electric 50 on 13th and 14th September. Along with fellow loanee Balloon 711, Box 40 returned to Blackpool on 29th October 2014. 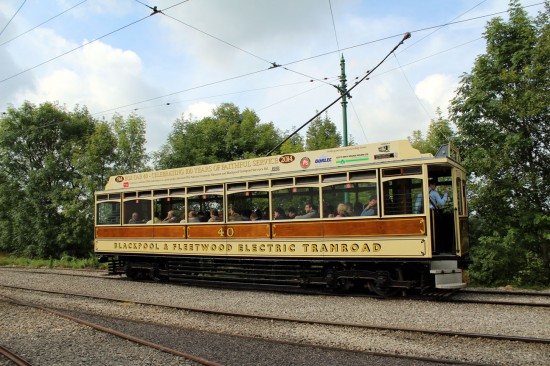 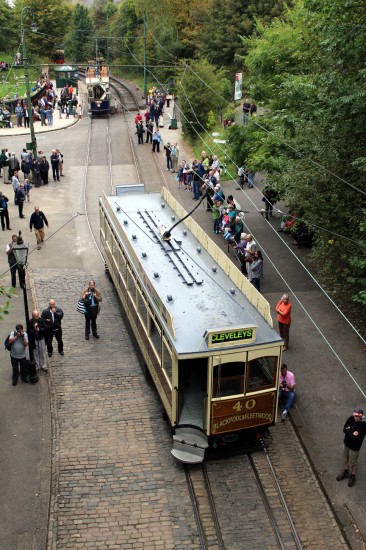 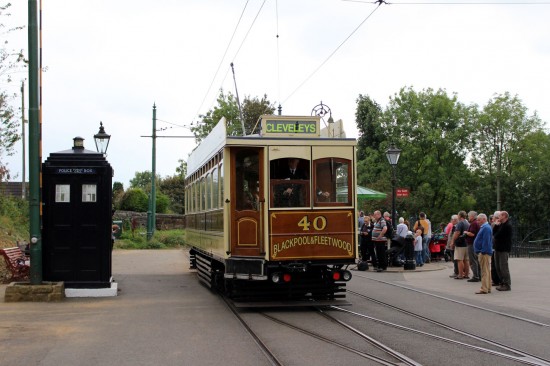 40 departs from Town End apparently going to Cleveleys but likely to be heading for Glory Mine. (All Photographs by Gareth Prior)