A bit of a change with today’s edition of Picture in Time as we head down in scale for a view of the portable Wootton Electric Tramway.

A 7 ¼” portable layout the Wootton Electric Tramway has been a familiar sight at various locations around the south east of England at special events especially at the London Transport Museum’s Acton store and the Festival of Model Tramways proving to be very popular with children and adults alike. This view was taken on 8th March 2003 at an open day at Acton and shows two trams at a passing loop on the line nos. 27 and 96. Note also that the layout has overhead. 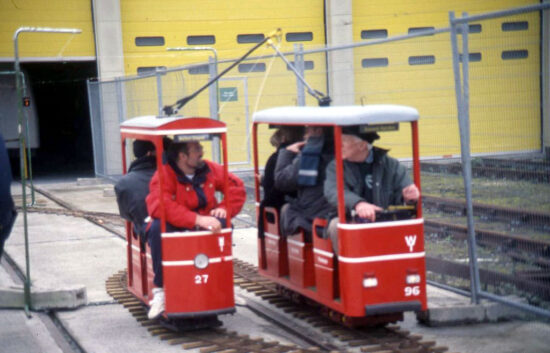