Friday 22nd September saw the return to Midland Metro of Urbos 3 18 complete with batteries installed on the roof. This is the first of the trams to be fitted with batteries in preparation for forthcoming sections of line which will be constructed without overhead.

The tram was sent away to Spain for the batteries to be fitted and some testing has been undertaken by CAF in Zaragoza but further tests will now take place in the West Midlands, firstly during the night when it will have exclusive use of the line before it is tested alongside other trams. All future trams will be fitted with the batteries at Wednesbury Depot.

18 – delivered back in two sections as per the norm with the Urbos 3 trams – arrived at Wednesbury Depot shortly before 0930 and was reversed into the depot confines before it was unloaded onto the tracks and eventually reunited as one vehicle again. Once it was a whole tram it was due to be shunted into the main workshops for preparations to take place for full testing to start. An initial attempt was made with the Unimog but this proved unsuccessful so fellow Urbos 3 34 was used to move 18 and this necessitated it being moved into platform 3 at Wednesbury Parkway in order for it to gain the correct track within the depot. 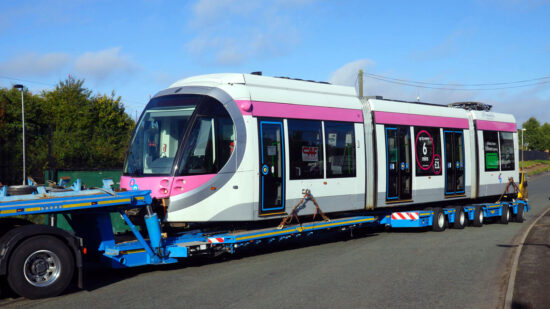 18 arrives at Wednesbury. The batteries are installed on the roof on the first section of the tram. 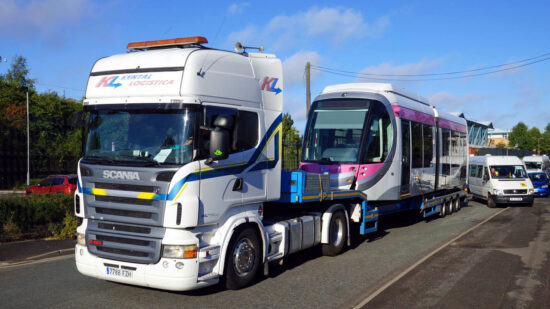 The second half of 18 is also seen upon arrival. As can be seen batteries are carried at both ends of the train. 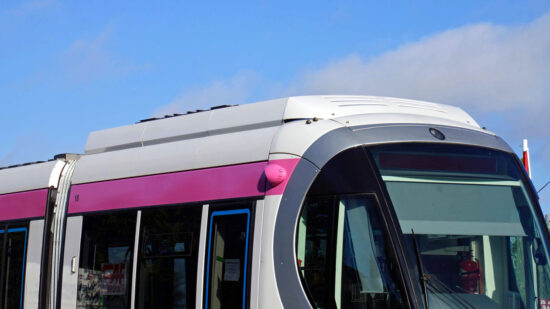 A close-up of the area carrying the batteries. 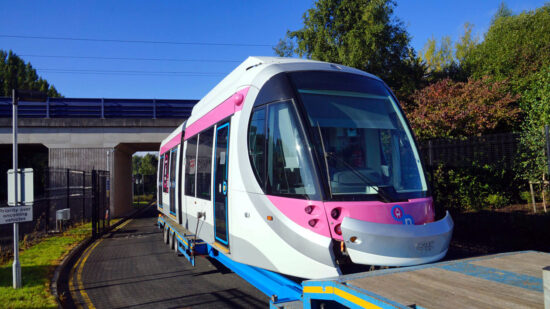 18 is reversed into the depot.

34 tows 18 out the depot briefly providing a good chance to compare the two trams.

Another view of the two trams showing the batteries on 17 (left) and the free area on 34. 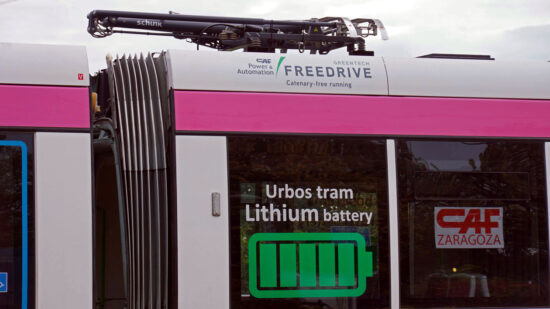 With the pantograph lowered there is no mistaking the technology involved on the tram! (All Photographs by Andy Walters)