The C R Smith advertising vinyls have continued their takeover of Edinburgh Trams with 277 the latest tram to receive its own unique version. This time around the locations are from Lochmaben to Dunfermline with Robert the Bruce the connection here.

The tower of Dunfermline Abbey is on the right which has his name sculpted around the top of the tower. Robert the Bruce – or Robert I – was King of Scots from 1306 until his death in 1329 and he was buried in the Abbey (minus his heart which went to Melrose). Many Kings and Queens are buried here as for a time Dunfermline was the capital of Scotland. Also featuring is a statue of Robert the Bruce in Lochmaben. He may have been born here although Turnberry may have a better claim to this. 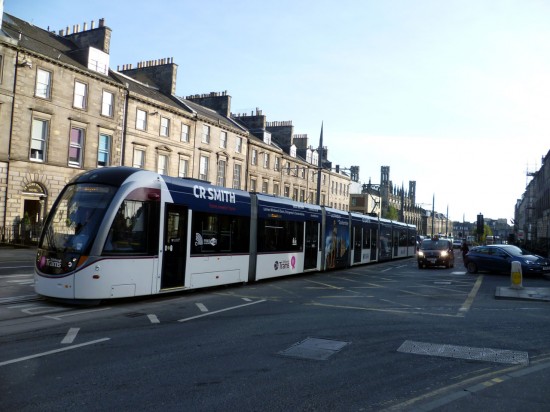 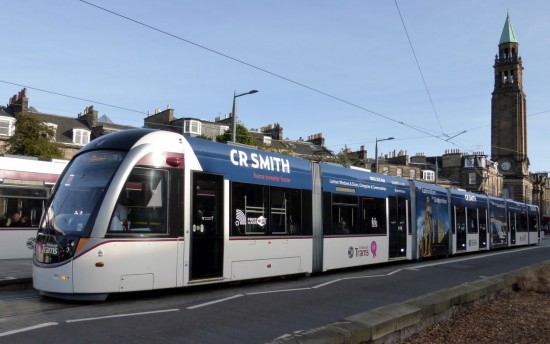 At West End Princes Street we see 277 again heading to the Airport as another tram passes in the background. 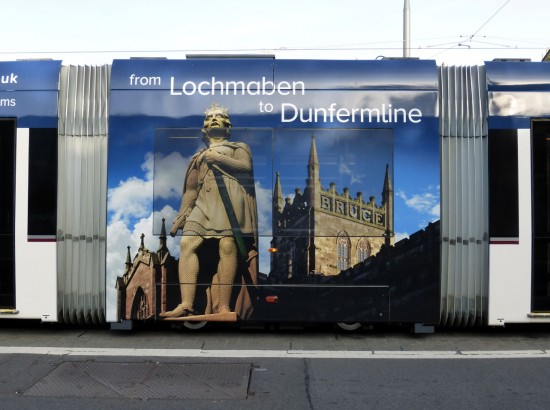 A close-up of the centre advertising vinyls. 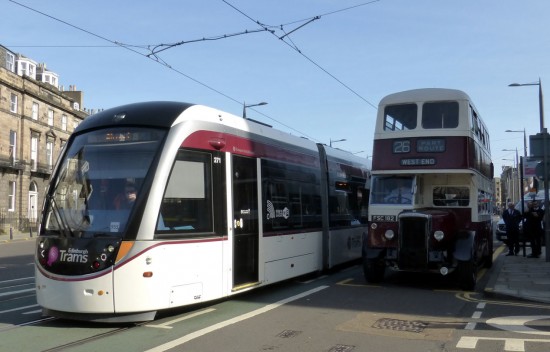 The old and new seen as 271 passes a 1949 Daimler CVG6 with Metro Cammel body, no. 135 in the Edinburgh Corporation fleet. The bus was one of 10 vintage buses running over part of route 26, on a 10 minute headway, as part of the Edinburgh Doors Open Day. (Photographs x 3 by John Hampton)

A close-up of the centre advertising vinyls.