Posted on Thursday 10 August 2017 by Gareth Prior

As we reported yesterday these are the first commercial adverts to be carried on Edinburgh Trams since its opening and as with previous promotional adverts they are not full vinyl wrap adverts as seen on other systems across the UK. With full height adverts on the third and fifth sections of the trams the remainder sees roof level ads for C R Smith. Each tram will receive a different design with different parts of Scotland featuring as part of the campaign. The first designs have seen Carrbridge and The Forth feature on 259 with Falkirk and Musselburgh included on 266.

The remaining 16 trams will be unveiled in the coming weeks as part of a two year deal signed to advertise on Edinburgh Trams. 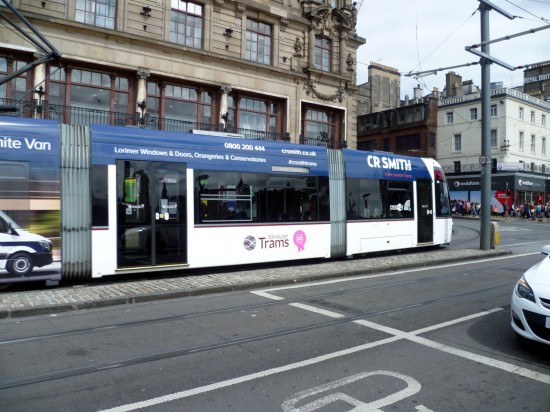 Standard above window adverts on 259. 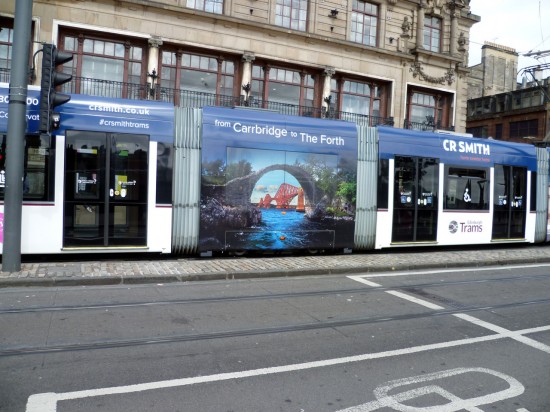 The unique part of each advert will be one of the full height adverts. On 259 this shows Carrbridge and The Forth. (Photographs x2 by Roy Calderwood) 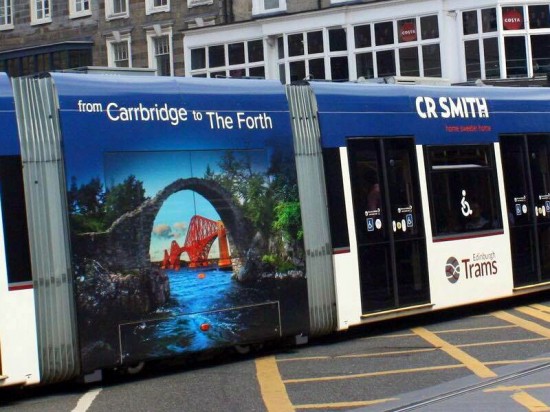 Another close-up view of 259’s advert. (Photograph by Richard Walter) 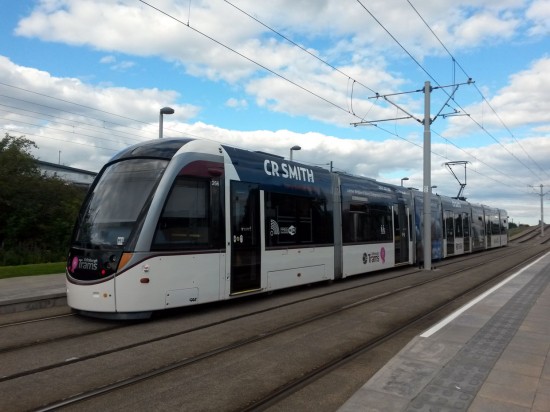 The other tram to receive the advert is 266, seen here at Bankhead bound for York Place. 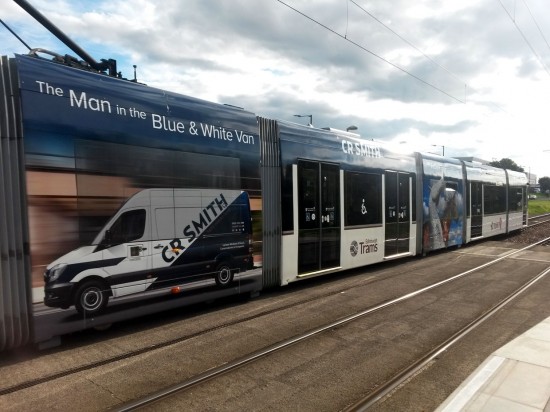 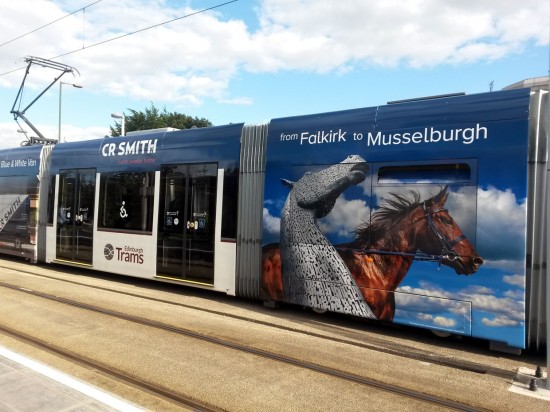 A view of the unique part of 266’s advert with Falkirk and Musselburgh featuring. 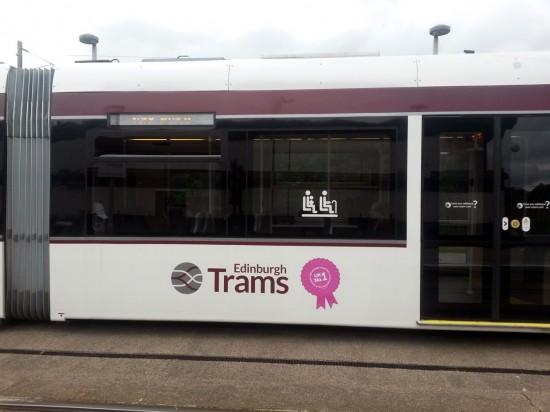 A number of trams have also recently received rosette vinyls to recognise Edinburgh Trams as the UK number one transport provider. This is seen here on 251. (Photographs x4 by John Hampton)

The full effect of the adverts is seen in this view of 259 as it is about to turn the corner from Princes Street towards St Andrew Square.