In Pictures: Aberdeen Surburban Tramways no. 11

Posted on Wednesday 16 August 2017 by Gareth Prior

The following article has been updated with further and corrected information on the provenance of this vehicle. Thanks to Keith Jones for providing this info.

Continuing our tour of tram survivors in the north of Scotland we come to an oddity – a former tram rescued and restored as a carriage on the Alford Valley Railway in Aberdeenshire.

Although originally thought to be a former horse car the tram is actually former Aberdeen Surburban Tramways Company 11, a double deck car, built as an electric tram by UEC in 1914. In its original life as a tram it ran on routes to Bankhead and Bieldside from Aberdeen city. Withdrawn in the 1920s at the end of tram services it is said to be the last tram used on the Deeside section to Bieldside. Following the ending of services no. 11  was then sold for further use as a summerhouse.

It was discovered in a garden in Ellon (16 miles north of Aberdeen) in the 1980s and was then acquired by the Alford Valley Railway before being restored for use as hauled stock on the line.

The Alford Valley Railway is a 2 foot gauge narrow gauge line which runs for 1.3km to Haughton Park. It operates daily throughout the school summer holidays in Scotland between 1230 and 1600 and has also runs regularly at other times through until October. They have a website at http://alfordvalleyrailway.org.uk/ (although at the time of writing this is unavailable). 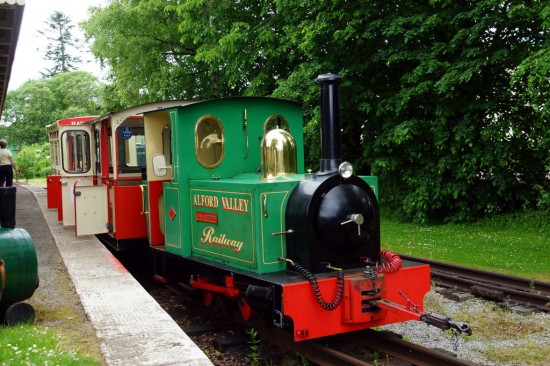 A view of a standard service on the Alford Valley Railway. The ex-tram is at the rear of this formation. 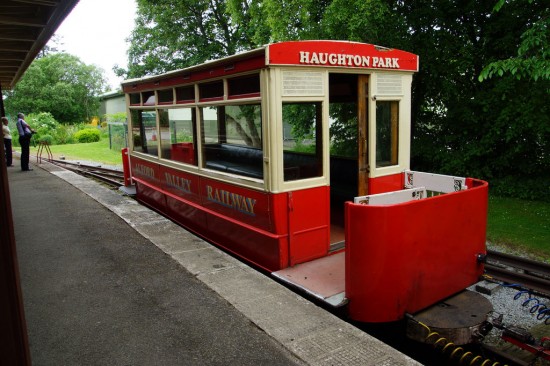 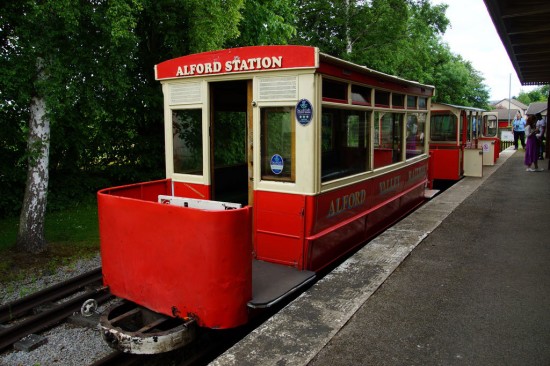 Two close-up views of the Aberdeen horse car now converted for use as a carriage on the Alford Valley Railway. (All Photographs by David Mee)

1 Response to In Pictures: Aberdeen Surburban Tramways no. 11