The Volks Electric Railway in Brighton currently remains closed with the “Saving Volks” project running behind schedule. The last reports suggested that it may run again in the autumn although no official word has confirmed recently whether this will be possible. What is known is that it will miss the main summer season for the first time since 1948. Work is now continuing as seen in this pictorial update from Tony Sullivan on 19th June.

As well as seeing some of the vehicles which run the service undergo restoration the “Saving Volks” project will see the Aquarium Terminus building rebuilt as a new ticket office and visitor centre. In addition the car sheds at Peter Pans Playground are being replaced. 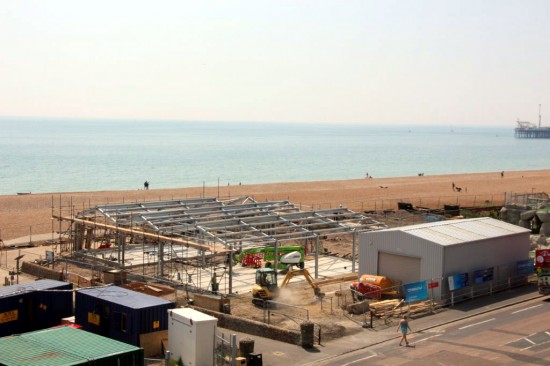 This first view shows the new car sheds being constructed. The main running line will run through the sheds at this location. 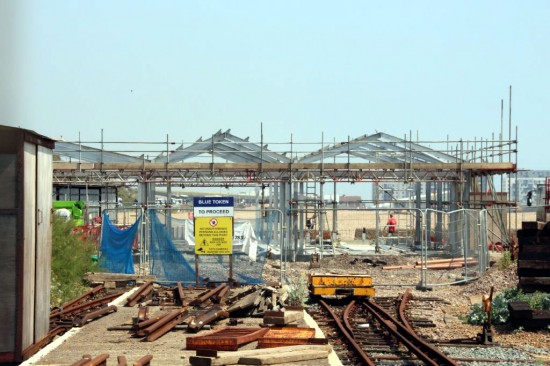 Another view of the new car shed. This is taken from the western end looking eastwards with the platform of the stop at Peter Pans Playground in the foreground. 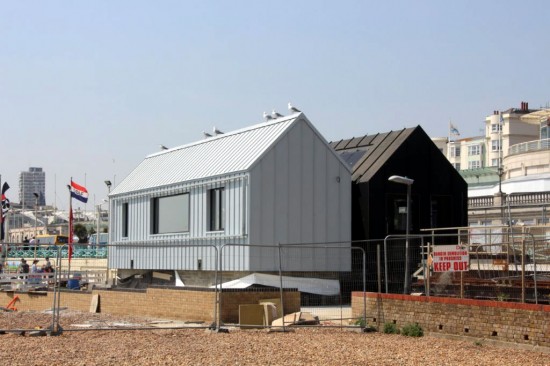 This final photo shows the new ticket office and visitor centre at Aquarium station with a great deal of progress having been made. (All Photographs by Tony Sullivan)