Posted on Thursday 9 March 2017 by Gareth Prior

A day it seemed was never going to come is finally upon us – the Tram-Trains for the Sheffield to Rotherham pilot (as well as adding additional capacity to the current Supertram network) have started daylight testing. The first daylight runs took place on Thursday 9th March and the sight of the Citylink vehicles is now expected to become a regular occurrence before the first of the class enter passenger service later this year.

Warning notices had been put up at tramstops across Sheffield at the end of last week to let passengers know that the trams would be starting testing and training although at this stage will not be available to passengers. The first runs were delayed slightly but the day finally arrived on Thursday 9th March when 399 201 left the depot to undertake the first official movements in daylight hours (obviously ignoring when 399 204 had to be dragged to Halfway in disgrace after failing on overnight testing!).

All seven of the Stadler built Citylink trams (originally ordered from Vossloh after a takeover of the company they are now within the Stadler family) have been delivered to Sheffield and with training now underway they should start to see operation on the conventional Supertram network later this year. With the infrastructure side of the project between Meadowhall South and Rotherham Parkgate continuing to suffer from delays it will only be the vehicles which will be seen in 2017 although hopes remain the pilot may be able to get going at some point in 2018. 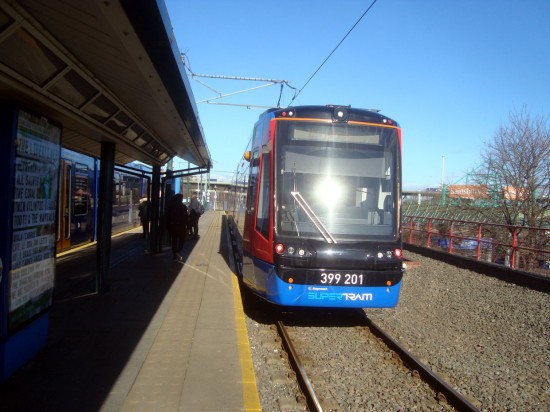 399 201 stands at Meadowhall in between training runs. 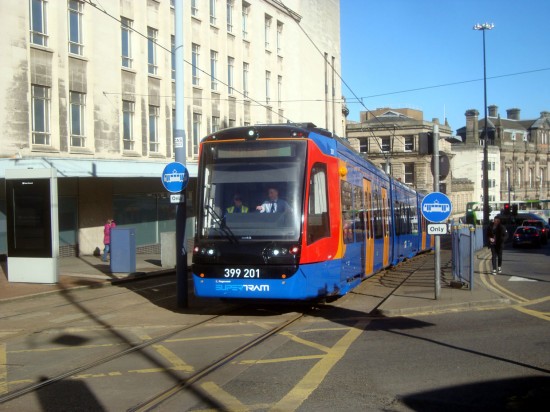 Later on at High Street we see the Citylink vehicle again as it continues its first day truly in the public eye. 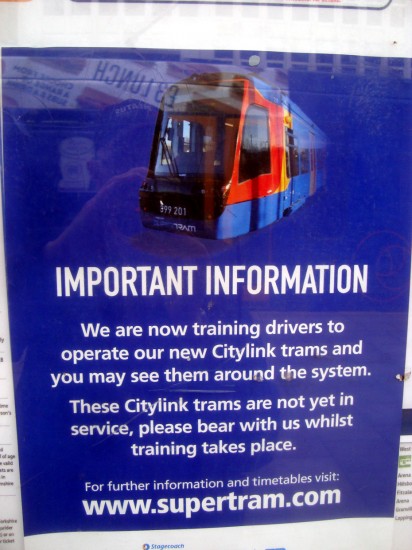 The poster letting the public know they were on their way! 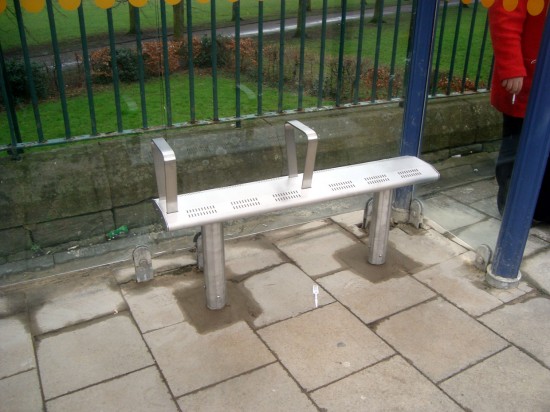 As we reported last month new seats and being installed at various stops across the network and in this view we see a seat in situ at Leppings Lane. (All Photographs by Stuart Cooke)