Posted on Saturday 11 February 2017 by Gareth Prior

Today in Picture in Time we are on our way to the capital for a look at the Docklands Light Railway. The unit we are featuring this time around is one of the B90s, no. 33.

Of all the systems we feature on British Trams Online the Docklands Light Railway is without a doubt a true light railway as opposed to a tramway with it exclusively running on segregated tracks albeit with some running alongside national rail lines. In this week’s view we feature B90 33 as it approaches Blackwall station in partnership with an unidentified unit. The B90s were built by BN Construction (latterly Bombardier) in Brugge, Belgium between 1991 and 1992, originally featuring the Blue, Red and White colours as standard. By the time this photo was taken on 11th May 1998 it had gained the river livery style featuring grey doors. 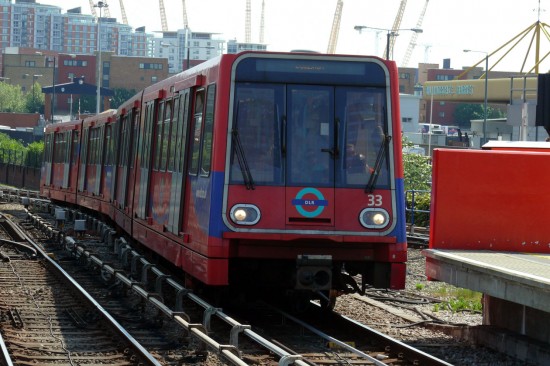