London Tramlink and Manchester Metrolink have seen new trams enter service over the past few days. For Tramlink Stadler 2564 carried its first passengers on Friday 21st October whilst up in Manchester the more historic event of the last of the M5000s, in the form of 3120, entering service on Sunday 23rd October.

Firstly in Croydon 2564 was allocated to service for the first time on Friday 21st October – less than a month after it arrived at Therapia Lane from Germany. This leaves just the commissioning and mileage accumulation work to be completed on 2565 – which itself was delivered to Croydon on 9th October – after which all of the Stadler built trams will have operated in service.

Just two days later – Sunday 23rd October – in Manchester and 3120 was also cleared for service bringing an end to the commissioning process for the Bombardier built M5000 trams with no current indications that any further vehicles will be ordered (although you never know what’s round the corner – we certainly don’t!)

There are now only two systems in the UK which have new trams to enter service – London Tramlink (with the aforementioned 2565) and Stagecoach Supertram (with the introduction of the tram-trains set to take place at some point in the future). Looking further into the future and both Blackpool and Midland Metro will receive further examples of their current fleets as part of expansion plans but after several years of very regular deliveries of new trams to the UK it looks as if we will be entering a quieter period for new trams. 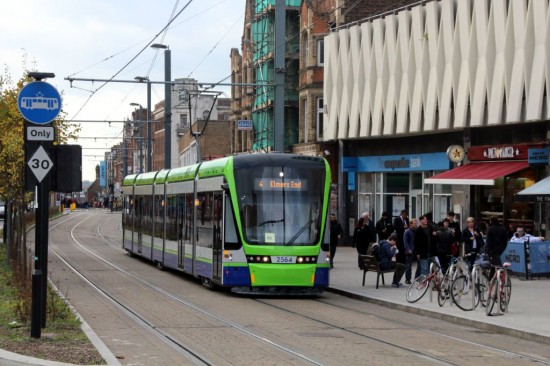 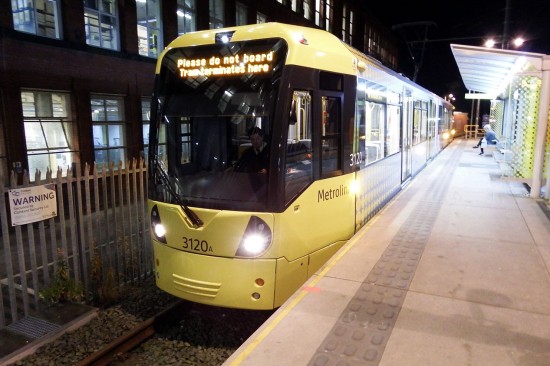 3120 on 24th October is caught waiting out time at Shaw & Crompton before departing with a service back to East Didsbury. (Photograph by Steve Kemp)

This entry was posted in London Tramlink, Manchester Metrolink. Bookmark the permalink.