In Pictures: What to do with a mock-up tram?

Posted on Thursday 8 September 2016 by Gareth Prior

When Edinburgh Trams was being constructed a mock-up tram was displayed in the city centre to show would be passengers what they would soon be enjoying. Once the construction was finally completed and real working trams were in the city operating the mock-up became redundant but remained in Edinburgh waiting for a new role – a new role which has now been found at Edinburgh Airport. The mock-up was installed at the Airport earlier this year and has now been branded as an Information Lounge. John Hampton has provided us with these photos. 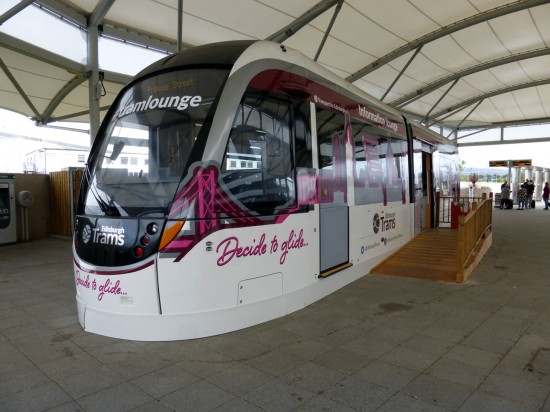 The mock-up of the Edinburgh tram at the terminus at the airport has now been fitted with skirts, sliding perspex doors and access ramps on each side of the tram. It has been rebranded as a tram lounge/ information lounge and provides travel and general information for visitors. 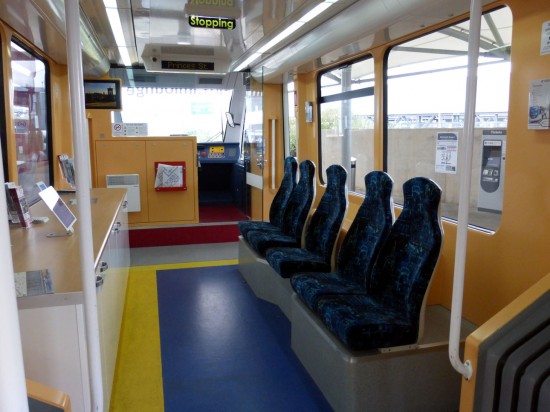 An interior view shows the seats which are upholstered with scenes of familiar landmarks in Edinburgh. The cab door is usually left open and is popular with children who enjoy sitting at the controls. 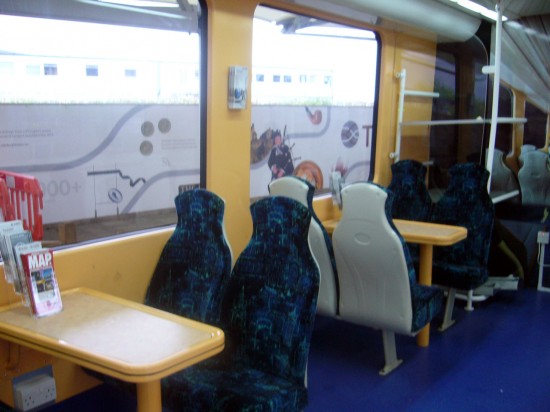 An interior view looking in the other direction shows the tables for travellers to take a break. (All Photographs by John Hampton)

4 Responses to In Pictures: What to do with a mock-up tram?