Having only had around three non standard liveries in the first 24 years of operation Manchester Metrolink really does seem to have caught the advertising livery bug in 2016 with M5000 3007 the latest to receive a vinyl wrap livery. The tram debuted on 15th May in its new livery which advertises Cadbury’s Crunchie.

In a move which is bound to cause some dismay the advert features contravision on all passenger windows featuring images of a Crunchie. The colour scheme of the advert is standard Crunchie and Cadbury colours – Gold and Cadbury Blue (aka Purple!).

This is the first non-standard livery that 3007 has carried and in receiving the advert is becomes the third of the M5000s to receive a vinyl wrap livery following on from 3045 (Selfridges at Christmas – November 2014) and 3058 (currently carrying an ad for Sainsbury’s having previously carried a scheme for Kayak.co.uk earlier in 2016). With this now being the third different advert carried in 2016 it would appear that there has been a change in policy at Manchester Metrolink and that more adverts will appear in the future. A move which is bound to cause debate amongst enthusiasts but at least it provides a bit of variety on the network especially for those who enjoy taking photos. 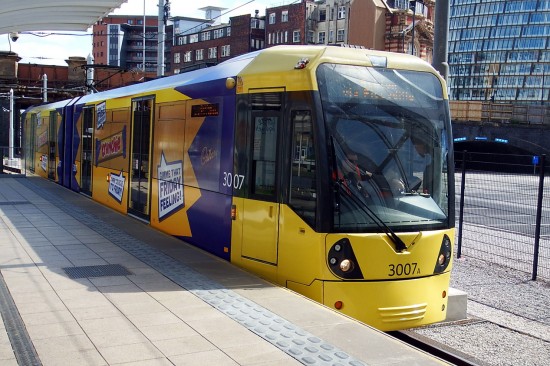 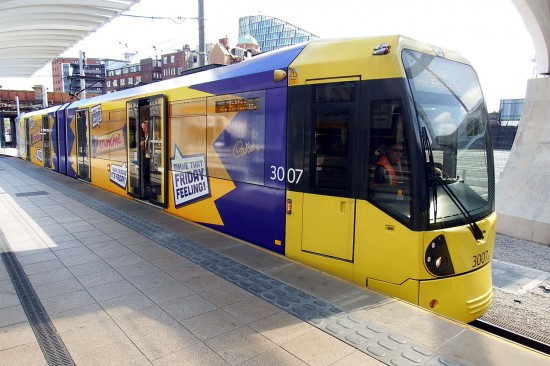 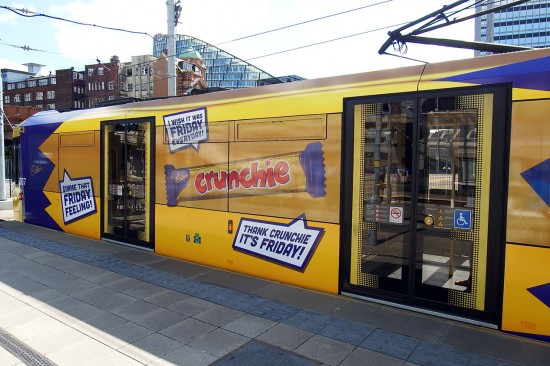 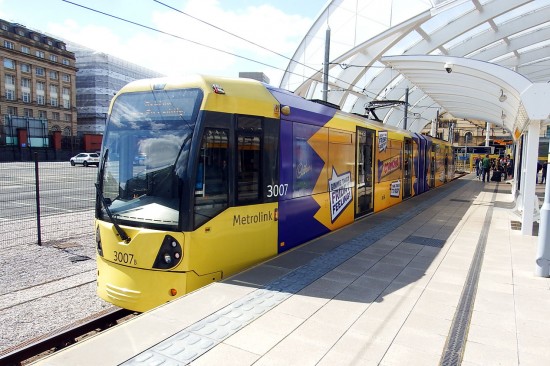 Four images taken at Victoria on Sunday 15th May 2016 showing 3007's new vinyl wrap livery in all its glory. 3007 was operating on the Victoria to Ashton-under-Lyne circuit. (All Photographs by Steve Kemp)