Blackpool Brush Railcoach 626 has been confined to the Pacific Road tram shed at Birkenhead for most of the last two years, but this changed recently when the tram was woken from its slumbers and driven to the Taylor Street depot and workshop. There, it is understood that 626 is to receive some maintenance work there, which necessited the move although this was not as straightforward as it sounds!

In order to create space in the depot at Taylor Street for the Brush car, two smaller trams had to be moved to Pacific Road to take its place, with the Hong Kong built Birkenhead 69 and Liverpool horse car 43 being chosen. This was also an extremely rare appearance on the tramway for the horse tram, which is unfit for passenger service (with or without horses!), and so it was cautiously towed to its new home by car 69. Various proposals have been made over the years to return 43 to operational condition, including a suggested application to Channel 4’s ‘Salvage Squad’ programme which sadly came to nothing as the series was axed. The tram is therefore a logical choice to move to the more isolated Pacific Road premises, but it remains under cover and could easily be moved back if needed.

As for 626, this tram was moved under its own power to Taylor Street, where it was placed in front of Liverpool 245 over a pit, ready for attention. This was a notable occurance as the tram has only appeared in daylight on a tiny number of occasions since its arrival at Birkenhead in August 2010, when it left Blackpool just days after withdrawal following sale to Merseytravel. Due to the doubts of whether its owners could take over control of the Birkenhead tramway, 626 has remained tucked away ever since apart from a single outing when it was inspected by HM Railway Inspectorate. It is not known why it has suddenly been decided to carry out some work on the tram – one possibility being that, with the threat of closure hanging over Taylor Street, Merseytravel may want the superior facilities there to be used to prepare 626 for service now, so that it will ready when, or if, they eventually operate the tramway. Another more exciting possibility is that the tram is to be prepared for use at Birkenhead in the very near future. This would undoubtedly encourage more people to visit this delightful tramway, and with its sisters running at Blackpool, Heaton Park and Crich, having an operating Brush car at another different location would be highly appropriate in this, the 75th anniversary year for the class.

Our grateful thanks go to John Hewitt of the Merseyside Tramway Preservation Society for sharing some images of these movements with us, some of which can be seen below, and more will hopefully be posted in our gallery section at a later date. 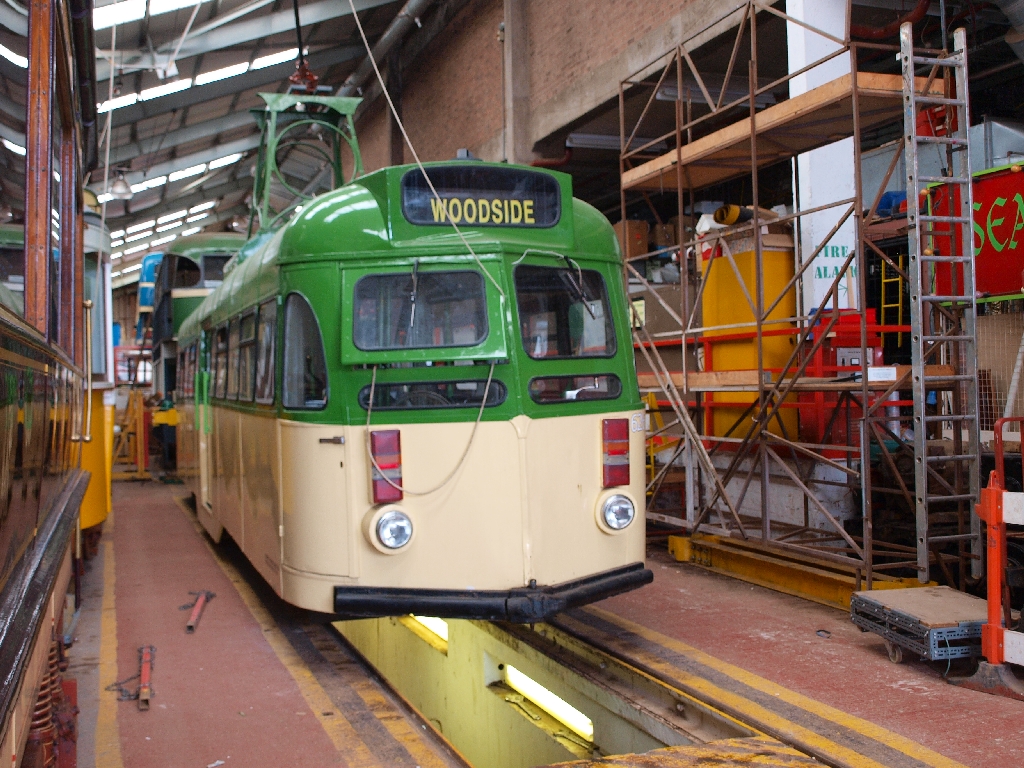 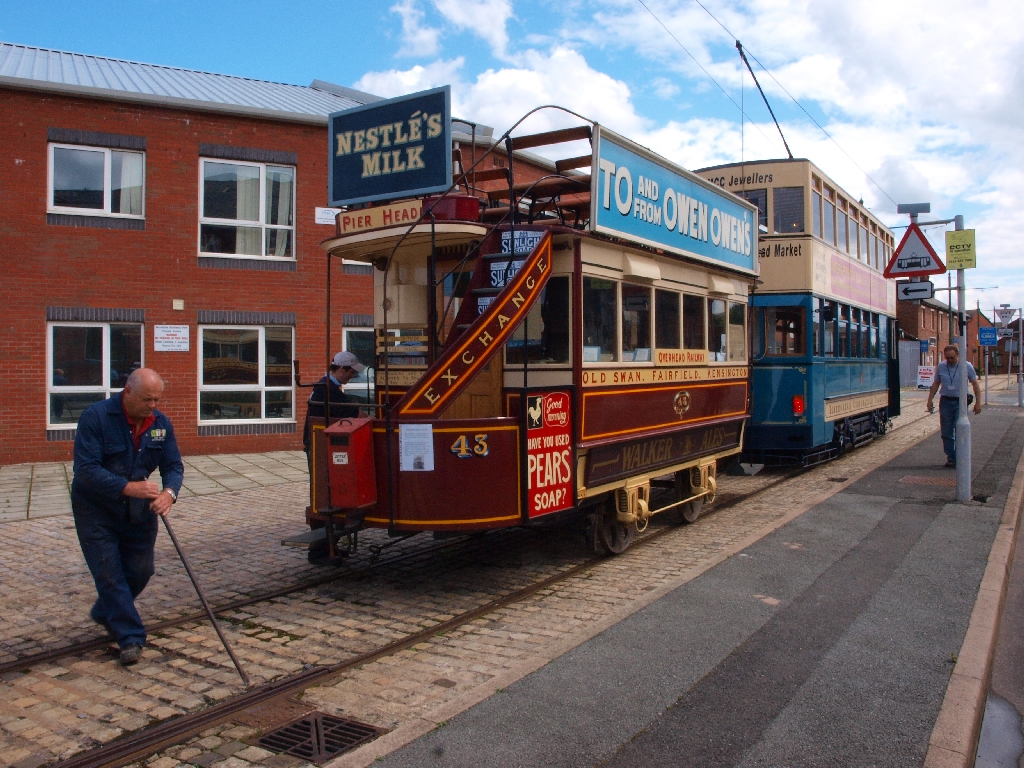 Liverpool 43 is seen being gingerly shunted into its new home at Pacific Road, with Hong Kong 69 pushing it. (Photo by John Hewitt)