Posted on Friday 26 February 2016 by Gareth Prior

The movement of the remaining T69s from Midland Metro’s depot at Wednesbury has now begun with 06 the first to take the trip to Long Marston. The tram became the first of the Italian built trams to depart since October 2014 when it left Birmingham on Friday 26th February with Allellys once again providing the low loader.

06 originally arrived at Wednesbury on 27th July 1998 and carried passengers on the first fare revenue earning day of 31st May 1999. The tram last ran on 8th June 2015 – one of the last four to remain in service – and was then stored in the depot yard awaiting collection for further storage. It had been thought this would have happened in late 2015 but the stored trams remained waiting until early on Friday 26th February when the Allellys lorry arrived for loading to take place.

The tram was loaded and departed Wednesbury shortly before 1100. It has now joined its already departed sisters at Long Marston where it will be stored for possible future use. Four of the trams were expected to be used by UK Tram for testing purposes and there have been rumours that the others may eventually be destined for the Isle of Wight; although if that rumour ever comes to fruition it will be a number of years in the future. 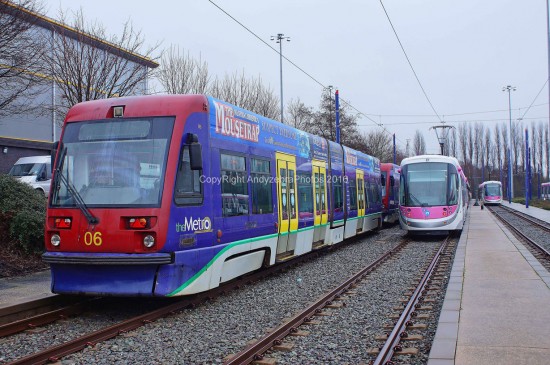 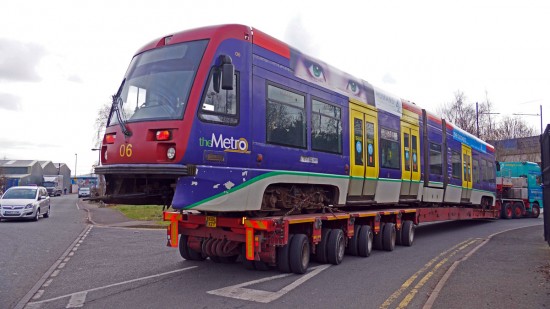 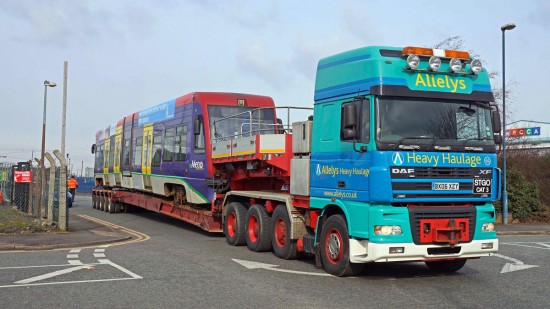 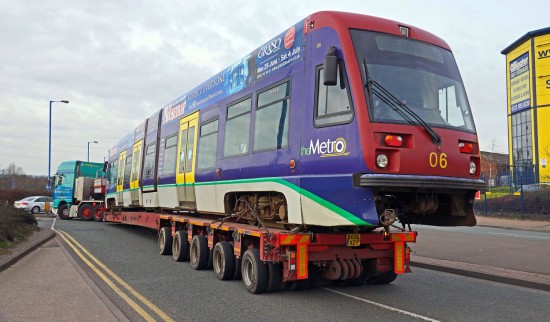 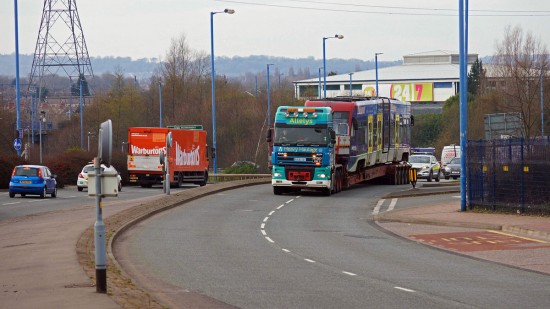 06 starts its journey away from Wednesbury on 26th February. (All Photographs by Andy Walters)