Going for a ride

Posted on Thursday 12 November 2015 by Gareth Prior

As we have now entered the tramological winter period (normally lasts between early November and Easter!) chances to ride on a traditional tram across the British Isles are more limited but that doesn’t mean it is completely barren out there for you. In this last ever (probably – dependent on the new look website being ready in time) “Going for a ride” article we round up just when and where you can go for that ride on a traditional tram over the winter and early spring months (that man in a red coat features quite heavily)…

A Night at the Museum – Friday 13th November

When is it open? Wednesday to Sunday between 1000 to 1600 until Sunday 20th December. Then daily opening Monday 21st to Tuesday 29th December (except Christmas Day and Boxing Day). Closed from Wednesday 30th December to Tuesday 12th January 2016.

When does it run? Saturdays 5th, 12th and 19th December. Santa Special (the Western Train will be at North Pier, operating one journey at the end of the day) plus heritage trams running Pleasure Beach to Bispham every half an hour between 1000 and 1600. 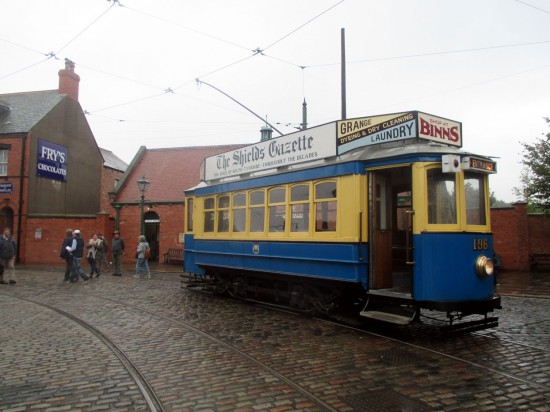 One of the tramways which will keep us going over the tramological winter period is that at Beamish. In this photo we see Oporto 196 in the Town on a wet 12th September. (Photograph by David Bosher)