Almost a week after the last paying guests of 2015 left Crich Tramway Village, the museum staged a special open day for Tramway Museum Society members and invited representatives of other closely associated organisations on Saturday 7th November. As well as some more novel attractions for the guests, the day also provided one final opportunity for the time being to ride on both Southampton 45 and Glasgow 812.

Following on from the well-received enthusiast event in September, this additional open day was a private celebration to mark sixty years since the formation of the Tramway Museum Society. A good number of trams ran throughout the day, whilst some of the more unusual vehicles in the collection housed inside the Exhibition Hall were opened up for inspection, including Edinburgh 35 and Leicester 76. There were items from the TMS archives on display, film shows and talks on the ongoing reconstruction of London County Council 1. There was also a special tram tour for members of both the TMS and the Light Rail Transit Association aboard Metropolitan 331, a tram which had been preserved and donated to the Society by the latter organisation’s founding member. The tram was adorned with a special headboard to mark the occasion, and some of the assembled dignitaries then posed for photographs with the car at Glory Mine.

Another London vehicle also featured prominently in the day’s events. The KLV, Croydon Tramlink 058, has become the first vehicle at Crich to be named after a Society member – the late John Gardner, whose contribution in the early years of the museum was invaluable, and who was known for his passion for rail-mounted cranes, making the KLV an appropriate choice to carry his name. The new name plaques were unveiled at a short ceremony by Bryan Scott of Scott’s Heavy Haulage, and 058 then operated along the tramway during the day.

However, for many the real stars of the day were two trams which were enjoying their final day in service before being withdrawn to await major overhauls. Southampton 45 rightly played a major role in the event due to its significance as the first tramcar to be acquired by founder TMS members. 45 has operated a number of ‘farewell’ trips, including a final day in public service in September at the enthusiasts ‘TMS 60’ event, but this was to be its final appearance for the foreseeable future. Glasgow 812 is another tram which has enjoyed a very active retirement at Crich and has seen fairly regular use during 2015, but it too is now well due for significant attention. Despite suggestions that it would be withdrawn immediately after the aforementioned ‘TMS 60’ event on 19th September, 812 did manage one further day of service on 30th October before bowing out on 7th November as part of the private event. No indication has been given as to what work is required to return 45 or 812 to regular service, or a possible timescale, but with a large queue of cars currently awaiting workshop space and funding it may be some time before either tram turns a wheel again making this an even more historic occasion. 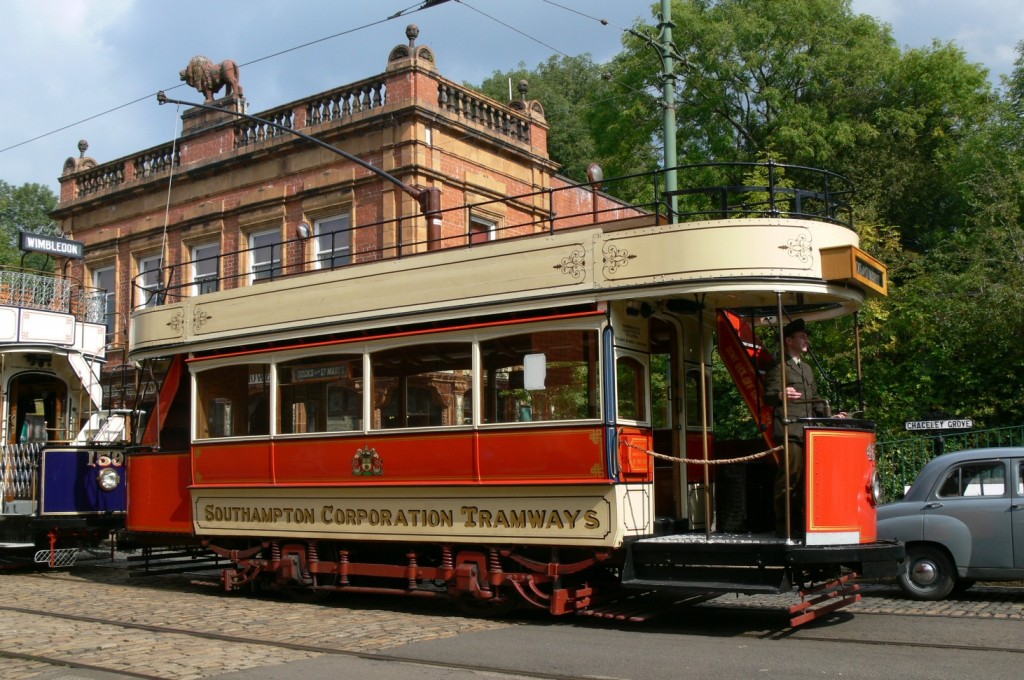 Southampton 45 has carried passengers on just two days in 2015, and here it is seen outside the Red Lion public house on the first, this being the public 'TMS 60' event on September 19th. 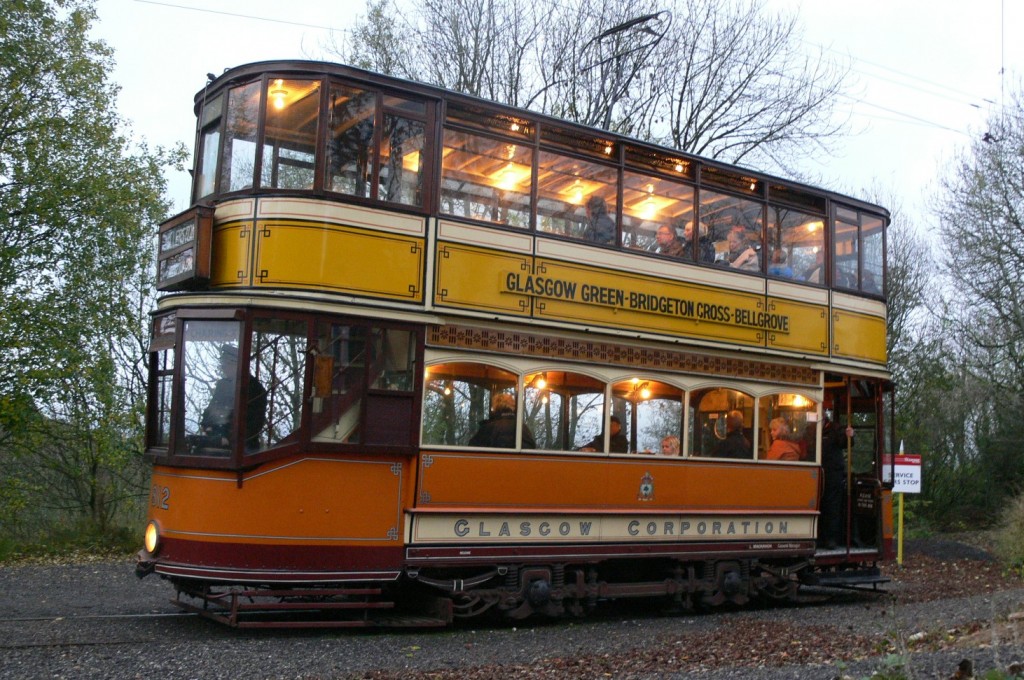 Ahead of its official farewell outing, Glasgow 812's last day of normal public service was on 30th October during the Starlight event. The tram was captured at Glory Mine that evening with its saloon lights looking very inviting. (Photos x 2 by Andrew Waddington)

11 Responses to Farewell to two old friends at Crich