719 finally makes it to Fleetwood

Tuesday 15th September was, on paper at least, another normal day on the Blackpool tramway. Of course, in recent times, and much like the ‘good old days’ before the tramway was modernised into a light rail system, there doesn’t seem to be such a thing as ‘normal’ in Blackpool, and so it was on this day when all three of the operational ‘B Fleet’ Balloon cars were used in normal service, with one of them making a little piece of history during its brief appearance in traffic.

As has become the norm since the illuminations were turned on earlier this month, this day saw a number of crews who were allocated to manning the illuminated feature cars take out Balloons as ordinary specials for a few hours during the latter part of the afternoon. All of 700, 711 and 719 were sent out on this particular day but the excitement didn’t end there. Centenary car 648 was also out and about on driver training duties but it failed, causing some disruption to the tram service. In order to plug some gaps in the service, some of the trams that had been sent out as specials were dispatched to Fleetwood, including Balloon 711 which was swiftly followed by 719. This was the most notable working of the day, and quite possibly the year so far, as this was the first time that 719 had ventured to Fleetwood in passenger service since the tramway upgrade. The last time it had been seen at the northern end of the tramway the tram was painted in a light blue livery with advertising for Donna’s Dream House, but since then it has been further modified with widened centre platforms and painted in the new purple and white fleet colours. With the exception of long-term stored car 720 which last ran in 2011, all of the ‘B Fleet’ have now run to Fleetwood and as the cars are seeing more use than ever before in recent weeks, visits to the northern terminus could well become more commonplace.

Unfortunately 719‘s historic journey ended on a sour note; after developing a compressor defect, the tram was driven empty back to the depot, however it did manage to remain fit just long enough to make history, and a few lucky enthusiasts managed to catch a ride and some photographs of the occasion. Hopefully its next trip to Fleetwood will be more successful! As an aside, 719 was running with a crew of three on board, again, just like the old days despite its modern, driver-operated doors; with only one conductor on board 711 its top deck was closed off. It now seems to be the standard policy to do this if two guards are not available at this busy time of year, as unlike the true heritage trams these cars can and do pick up and drop off passengers at all regular stops. 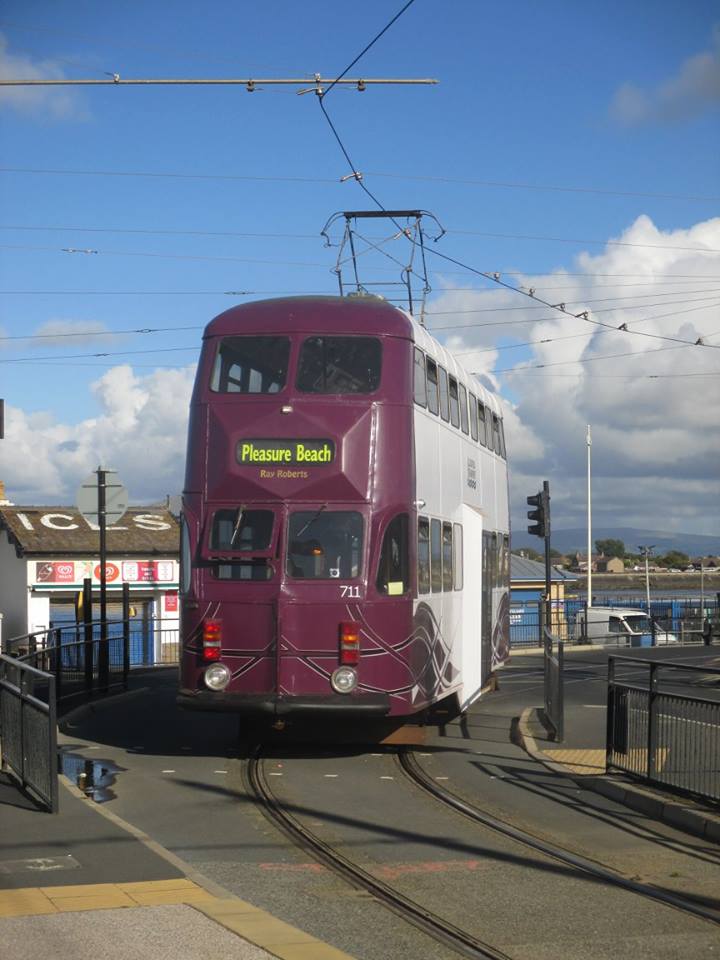 An unusual view as Balloon 711 pulls away from the loading stop on Bold Street and onto Fleetwood esplanade whilst in service on 15th September. 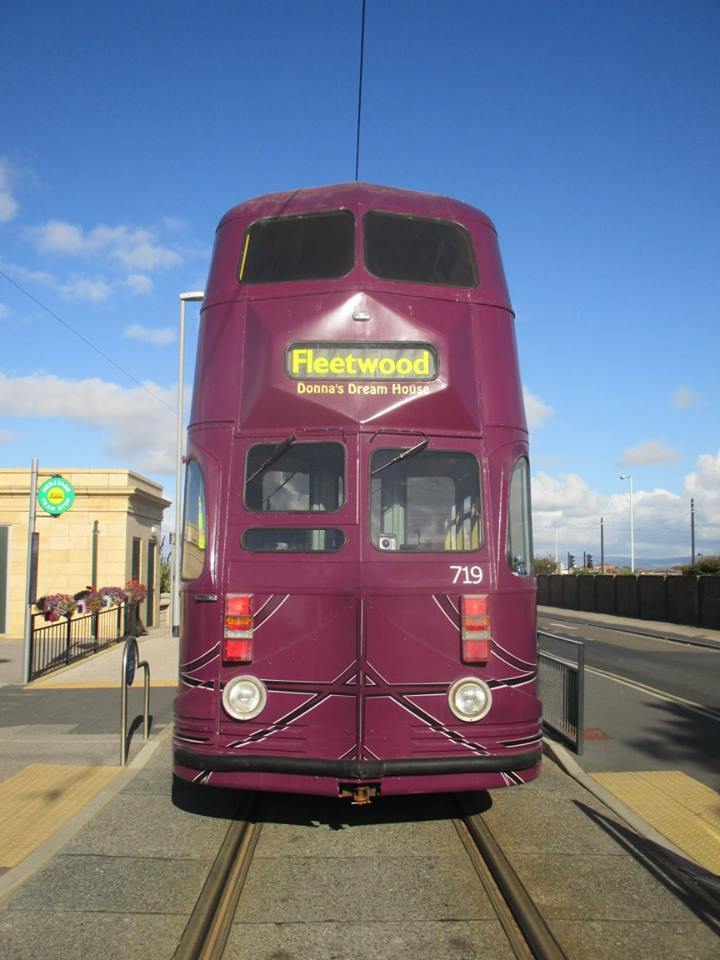 The star of the day - 719 stands on Bold Street after completing its first post-upgrade passenger run to Fleetwood. (Photos x 2 by Rob Bray) 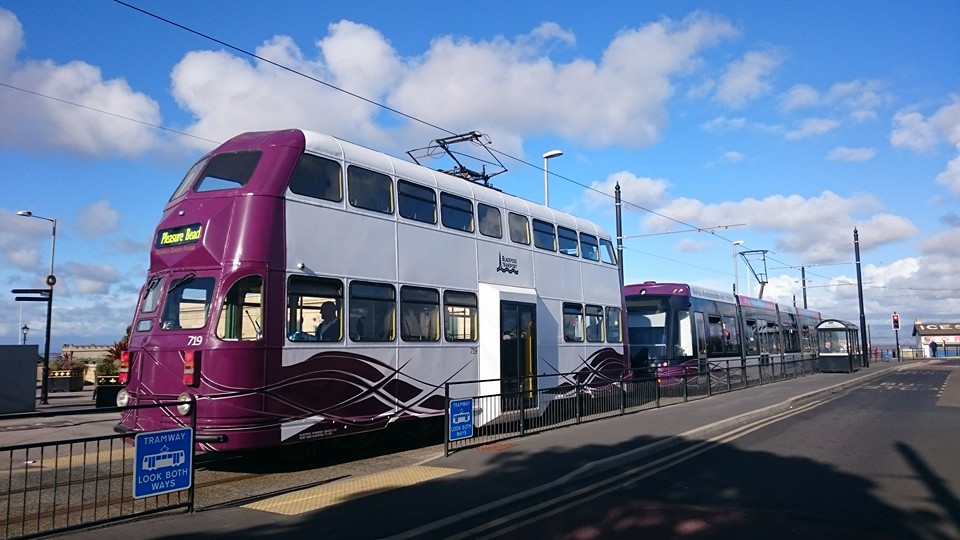 719 and a Flexity share the Fleetwood loading stop on the occasion of the Balloon's first public run to this location since 2009. (Photo by Lee Andrews)

1 Response to 719 finally makes it to Fleetwood