In Pictures: 2015 ends for the Douglas Horse Tramway

Posted on Wednesday 16 September 2015 by Gareth Prior

The 2015 season of operation on the Douglas Horse Tramway ended on Sunday 13th September with a special day of events including tram changeovers, static line-ups outside the depot and a mini cavalcade.

A two car standard service operated throughout the last day with Royal car 44 in service all day but the other diagram saw a variety of trams in action. No. 43 was in service at the start of the day – so far, so normal – but that was changed over to double-decker 18 which was hauled by Teddy along the Promenade for two return trips. After these two trips another changeover took place which saw Toastrack 21 takeover the diagram for the rest of the day.

Away from the timetabled service the Tramway Stables held an open day which gave members of the public the chance to see the horses at rest and there was also face painting on offer. At Strathallan Depot there was a line-up of trams which included rare outside appearances by 12, 32, 38 and 42 alongside 18 and 27. And for those trams which weren’t lucky enough to be stabled outside it was possible to take a look inside the depot at the other out of service trams. The Friends of Douglas Bay Horse Tramway were also on hand to provide information about the trams and the history of the tramway.

The highlight of the day, however, was reserved for 1720 when a special five tram cavalcade took place. Departing Strathallan this was led by Mark and 18 with Amby and 21, Robert and 44, Teddy and 43 and Philip and 45 following at close intervals. All five trams travelled all the way to the Sea Terminal and back and upon their return the 2015 season was over.

Attention will now be turned towards the future of the tramway and just where it will ultimately end up. In the meantime preparations are starting for the 140th anniversary celebrations in 2016.

Thanks to the Friends of Douglas Bay Horse Tramway for the information and photos contained within this article. The Friends are an independent community group who help promote and support the continued operation of the world’s last remaining 19th century original horse-drawn passenger tramway. You can find more details on the Friends at their website – http://www.friendsofdbht.org/. 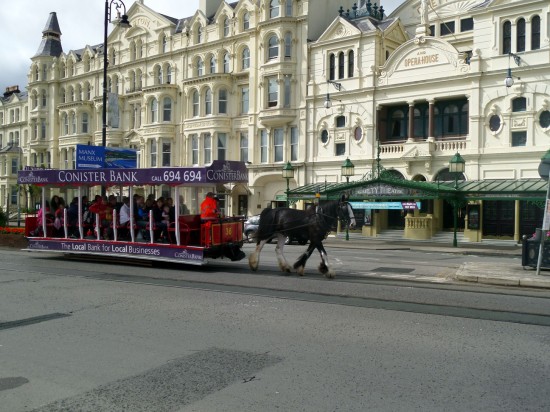 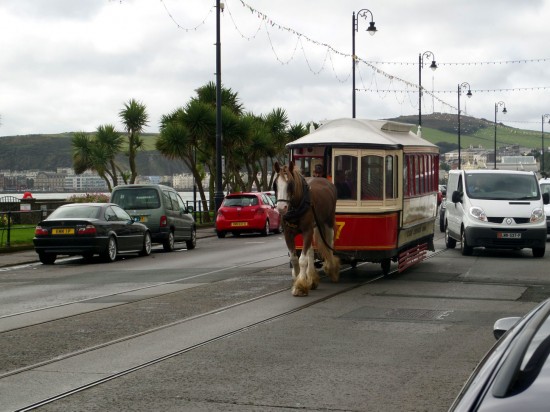 Also on 12th September and we see Philip and 27 on Queens Promenade. 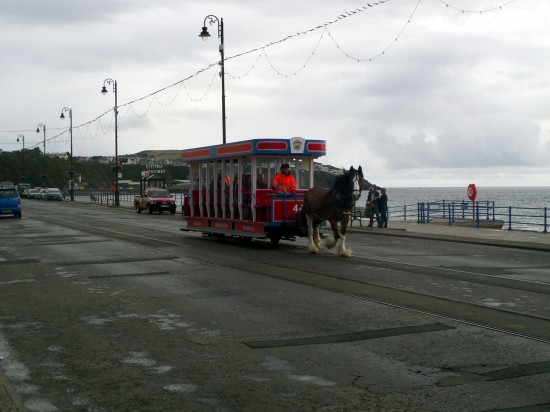 Last day of the season now and 44 was in service throughout the day. Keith is seen here hauling the tram along Central Promenade. 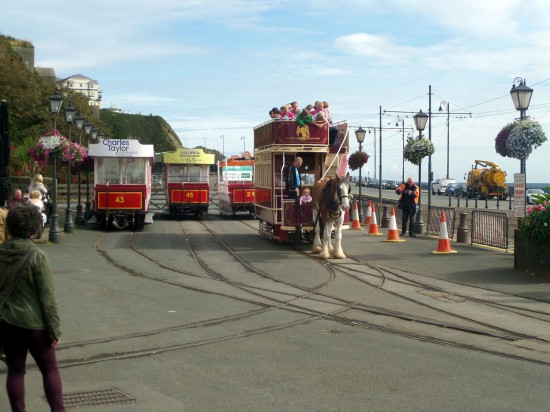 Teddy and 18 at Strathallan preparing to depart. 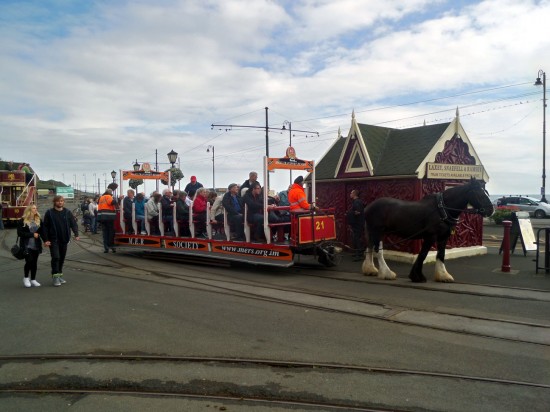 Toastrack 21 was also in service on the last day. Rocky is the horse in charge this time. 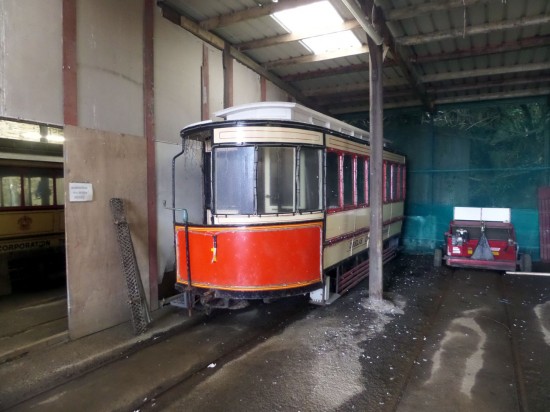 Inside the depot 1 is seen at rest. 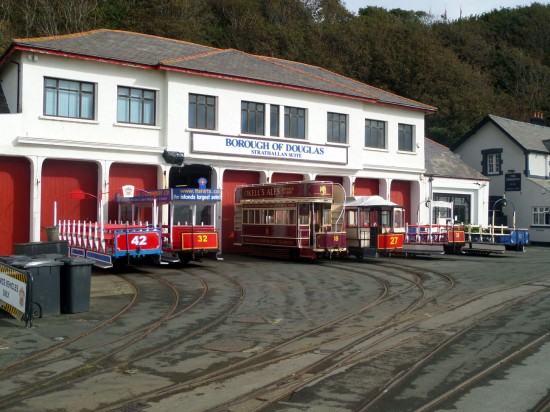 The static line-up outside the depot with 42, 32, 18, 27, 38 and 12 posing for the cameras. (All Photographs courtesy of Friends of Douglas Bay Horse Tramway)

1 Response to In Pictures: 2015 ends for the Douglas Horse Tramway