007 has become the second of Blackpool’s Flexity2 class of trams to be named. The tram has received the name ‘Alan Whitbread’ in gold lettering at both ends, beneath the driver’s windscreens. This follows on from sister 002 which was controversially named ‘Alderman E E Wynne’ after a councillor who had actually campaigned against the retention of trams in the town many years ago.

Thankfully this time, the person chosen to receive this special honour is a much more worthy and appropriate candidate. Alan Whitbread was a well-liked and highly respected senior member of staff with Blackpool Transport who sadly died earlier this year, and now follows in the footsteps of Michael Airey and Ray Roberts by becoming the latest former BTS employee to have their name displayed prominently on a tram as a lasting tribute of their valuable contributions to the company.

007‘s new name was unveiled at a private ceremony held inside Starr Gate depot on 9th September, when Alan Whitbread’s affectionate nickname ‘Big Al’ was also displayed on the tram’s digitial destination screens, as a nice extra touch for the occasion. The car is now back in normal service alongside its fifteen sisters, as one of just three examples of the class now devoid of external advertisements. As two of the trio have been named this leaves just 009 in ‘normal’ plain livery for now. 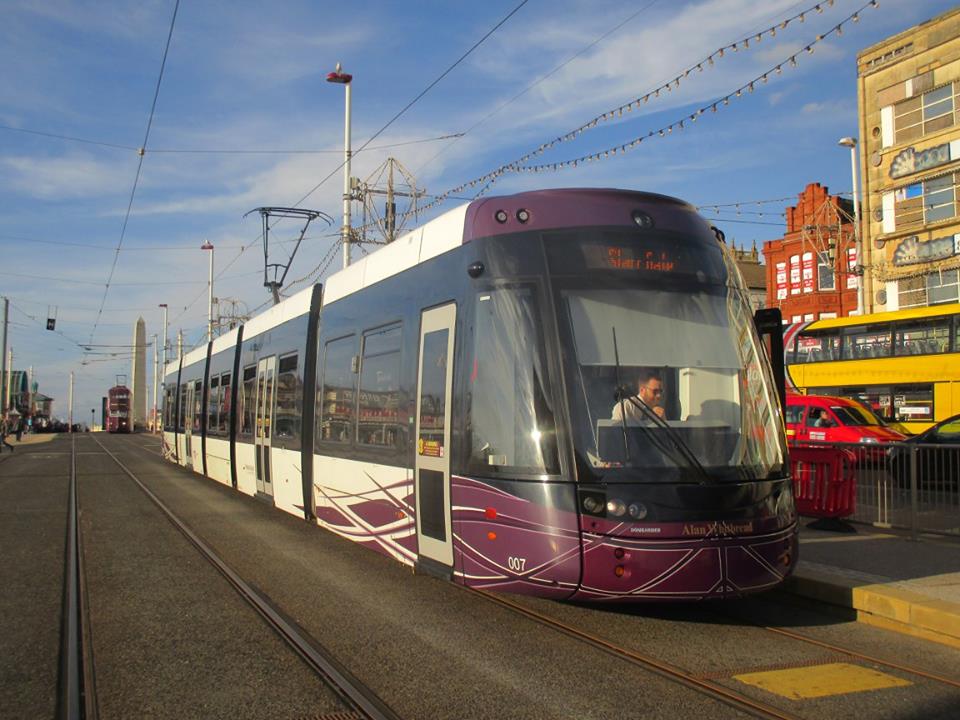 An early evening scene with 007 at North Pier heading for Starr Gate on one of its first days in service bearing the name Alan Whitbread. (Photo by Rob Bray)